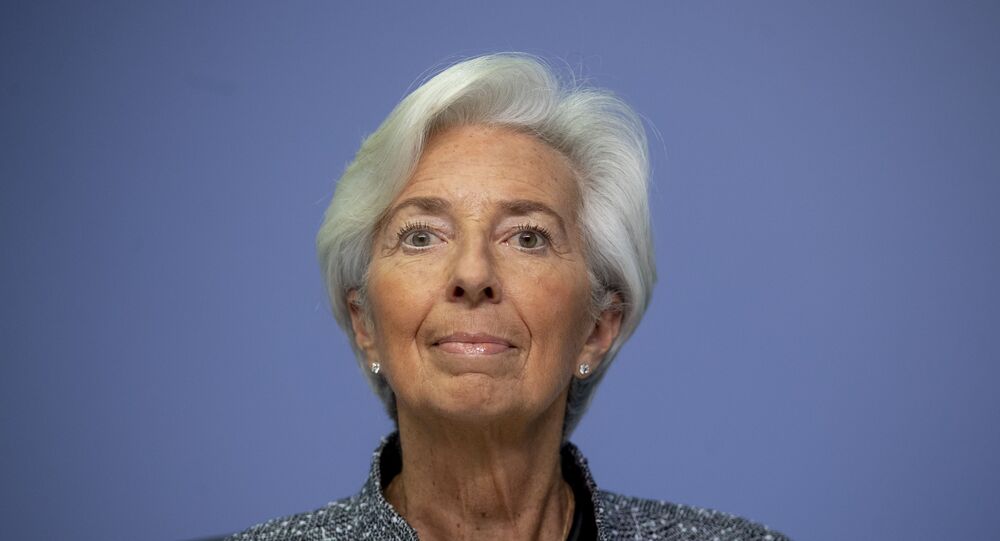 WASHINGTON (Sputnik) - A digital euro is in demand, with the spike in contactless payment amid the coronavirus pandemic, but it will probably take a few years for the cryptocurrency to launch, given the security requirements, European Central Bank President Christine Lagarde said at a virtual event.

"We have noticed throughout Europe, there is accelerated demand for instant payment, for contactless payment [and] significant use of digital payment of all sorts," Lagarde said on Thursday. "Sovereignty as well as a good control of monetary policy… are all good reasons to explore the opportunity. If you're asking me what is the timetable for that, I would say the job has begun. But equally, I don't think we should move too fast for the sake of, you know, being the first out of the gate. It will probably take a few years before we are safe with it and we can launch."

The European Central Bankn (ECB) previously said that a digital euro would be an electronic form of central bank money accessible to all citizens and firms – like banknotes but in digital form – to make daily payments in a fast, easy and secure way. It would complement cash, not replace it, according to reports. The Eurosystem would continue to issue cash, regardless.

In an October statement, the ECB said the launch of a global private means of payment could raise regulatory concerns as well as posing risks for financial stability and consumer protection, in a broad take-up of digital currencies issued by foreign central banks.

Lagarde said at Thursday’s event that protecting the privacy of users would be one of the ECB’s main concerns, aside from maintaining sovereign monetary policy channels.

She disagreed with assertions that the ECB was moving too slowly with its digital currency which, according to some, could allow other foreign central banks, like the People’s Bank of China (PBOC), to get ahead in the game.

"What I understand is that the PBOC are piloting on a Chinese scale a digital currency which includes, you know, hundreds of millions of users, as is often the case in that situation, and linking up with a service provider. Is it to say that they are about to launch? I don't think so. I think it's still in the experimental stage."

The PBOC has reportedly finished building out the infrastructure for its Digital Currency Electronic Payment (DCEP) system and has been carrying out local testing in various cities, including Shenzhen and Suzhou. No date has been set for an official launch.

Friends Against: EU Reportedly Seeks to Side With US on Tech Against China, Revive Parts of TTIP