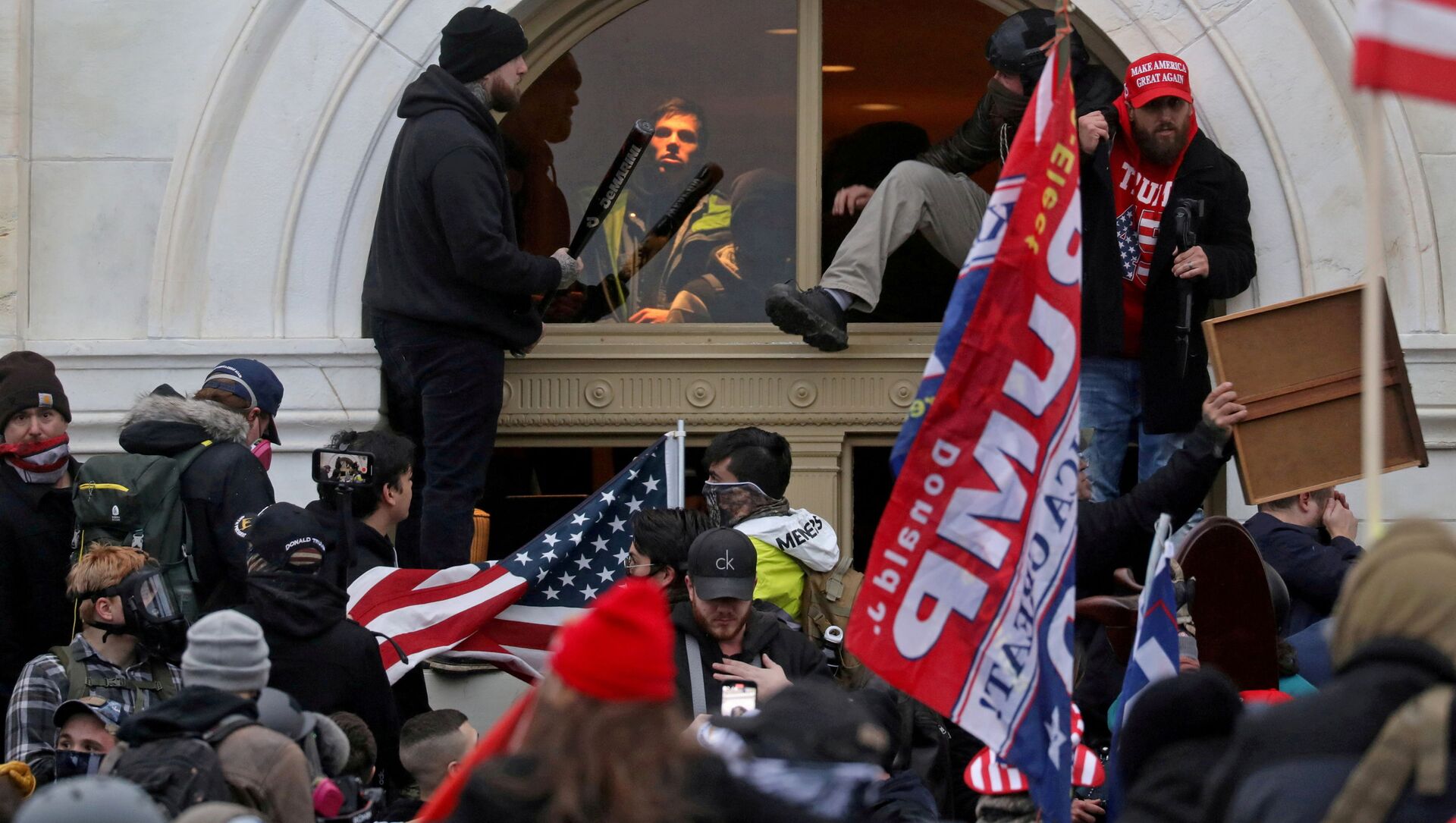 The US Justice Department has said around 440 people have been charged in connection to the January 6 protest at the seat of Congress, including over 40 military veterans, one active-duty serviceman and sef-styled 'QAnon Shaman' Jacob Chansley.

A Republican congressman has demanded Democrats release video footage of the January 6 Capitol occupation — as authorities prepare to prosecute hundreds of protesters.

Interviewed on Newsmax's Greg Kelly Reports on Tuesday night, California Representative Devin Nunes suggested security camera videos and other footage would show that most of the 440-odd people charged simply walked through the open doors of the seat of Congress.

"Tell me how many people actually carried a hammer, broke windows, or aided and abetted those people that destroyed federal property?" Nunes asked. "Why won’t you show us the videotapes?"

"Republicans have yet to see the videotapes of what happened on January 6," the congressman revealed. "Why are they not showing us the videotapes and why don’t we know who broke the windows and damaged public property?"

A major in the US Marines was named earlier this month as the first active-duty serviceman to be charged over the incident, although over 40 military veterans have also been indicted. Also among those facing trial is self-styed 'QAnon Shaman' Jacob Chansley.

The occupation — by a group of protesters who broke away from the 200,000-strong 'Stop the Steal' rally led by then-president Donald Trump — attempted to stop Congress official presidential election results from the 50 states that declared Democratic candidate Joe Biden the winner. Trump continues to  alleged massive ballot fraud

"I am all for those people who broke windows to going to jail for a long time," Nunes stressed.

"But what I’m not for is for people sitting in jail, like I understand, there is very few people reporting on this right now, but what I understand there are people who are sitting in jail right now who are having their due process rights violated," he insisted. "I talked to a lot of people who said, 'Hey, we didn’t even know we couldn’t be in the Capitol'."

National Guard Leaves US Capitol After Months Poised to Defend Building
Democrats made a second unsuccessful attempt to impeach Trump — after he had left office — over the Capitol incident.

Social media users made light of the events with available smartphone video of protesters wandering aimlessly through the lobby of the public building.

​The only confirmed violent death during the unrest was that of 35-year-old unarmed protester Ashli Babbitt, a 14-year US Air Force veteran who was shot dead by a US Capitol Police (USCP) officer as she tried to climb through a broken window to reach the door of the House of Representatives chamber.