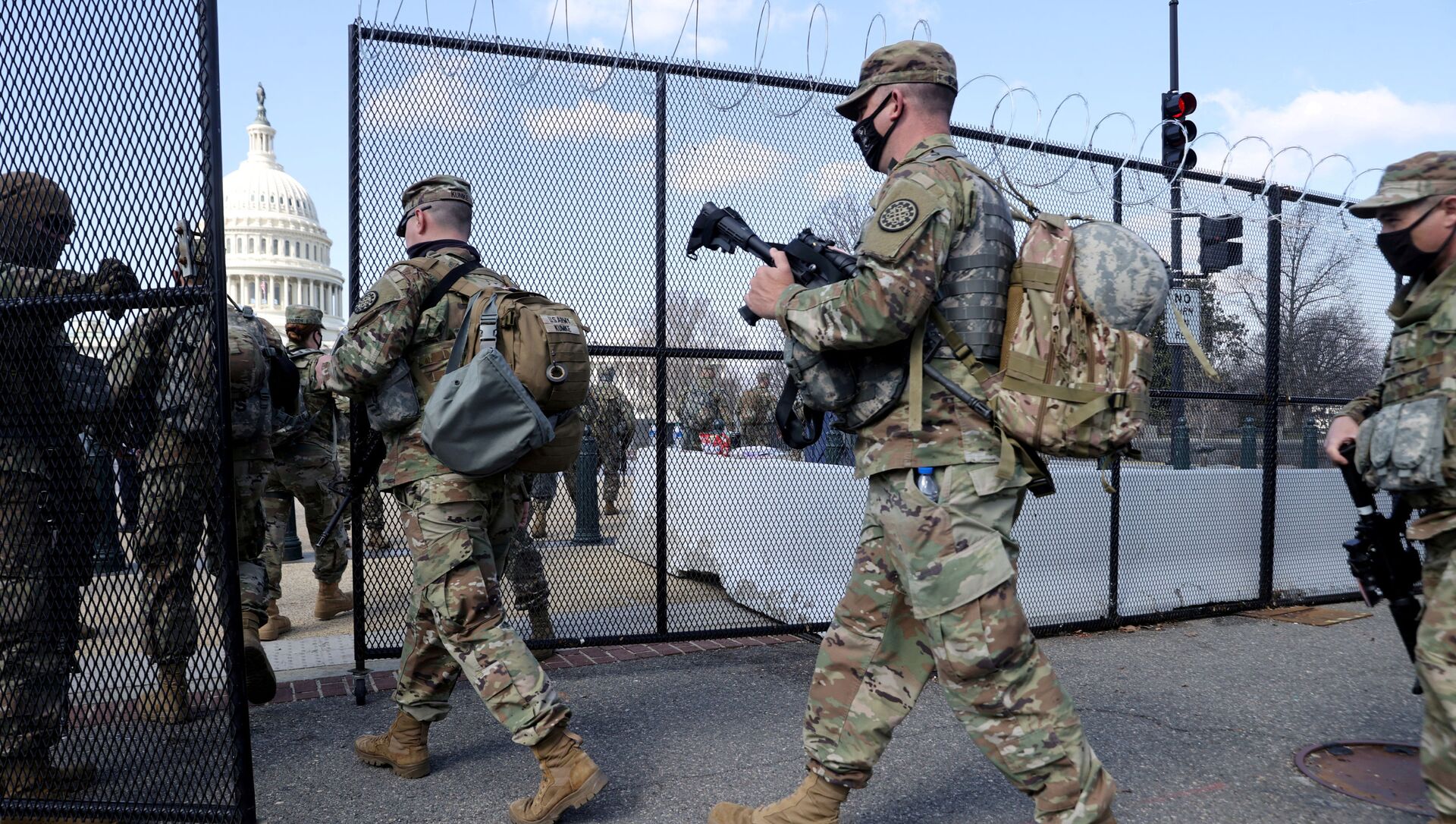 © REUTERS / JONATHAN ERNST
Subscribe
International
India
Africa
Arty Katkov
All materialsWrite to the author
The National Guard troops' stay at the Capitol was prolonged several times; the last time it happened, a Pentagon spokesman said the decision was made “after a thorough review of the request”.

Thousands of National Guard soldiers are leaving the US Capitol, having been stationed there for four months since the events of 6 January.

The troops are leaving since the US Defence Department decided not to the extend the mission of bolstering security past Sunday.

In March, Defense Secretary Lloyd Austin had approved a request to keep National Guardsmen at the Capitol building through May 23.

The National Guard deployment was triggered by the 6 January mayhem at the Capitol, when dozens of people stormed into the Capitol building.

The troops initially stayed in DC to reinforce security for the inauguration of President Joe Biden.

On 6 January, the “Stop the Steal” rally in Washington in Trump’s support morphed into a riot, which left several people dead and even more injured.

Trump was accused of “inciting an insurrection” and impeached by the US House of Representatives but was later acquitted by the US Senate. The former US president, who called on supporters to oppose Joe Biden's nomination “peacefully” during the rally, denied any wrongdoing, saying that what he said was “totally appropriate".