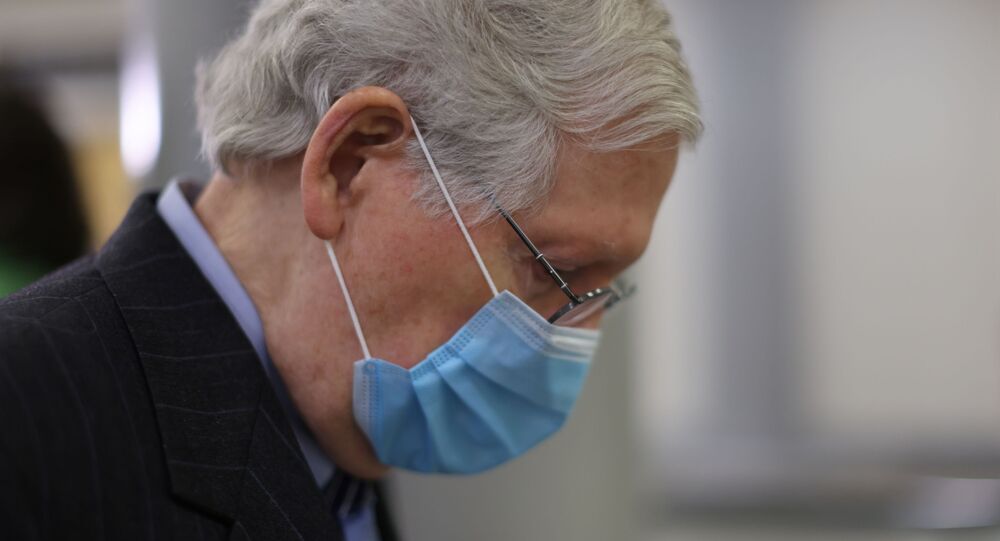 Republican Senate leader Mitch McConnell accused the former president, Donald Trump, of the same charge he voted to acquit him of, namely inciting his supporters to violently attack the seat of Congress on January 6.

On Saturday, the GOP Senate Minority leader, Mitch McConnell, has launched an attack on ex-president Donald Trump — right after voting against his impeachment.

In a performance that summed up a second fruitless attempt in the US Senate to impeach the former president — who reportedly played golf in Florida during his Senate trial — McConnell blamed Trump for the deadly January 6 occupation of the Capitol building that saw five killed and briefly interrupted the confirmation of Democrat Joe Biden as president.

"There's no question — none — that President Trump is practically and morally responsible for provoking the events" McConnel stated. "The people who stormed this building believed they were acting on the wishes and instructions of their president."

​That accusation by McConnell, of inciting insurrection, was in fact the whole substance of the impeachment process launched by Democrats in the House last month, which saw acquittal in the Senate on Saturday after a week of evidence which included a heavily-edited video montage of the riot.

© REUTERS / Carlos Barria
Trump Promises a 'Bright, Limitless American Future' as He Blasts Impeachment Trial as 'Witch Hunt'
Fellow Republican Senator Lindsey Graham tweeted that January 6 would go down as "one of the saddest days in American History", adding, however, that the second impeachment was "driven by passion and hatred against President Trump."

On Saturday, the US Senate voted to acquit the former president in his second impeachment trial. Following the appearance of the results, Trump issued a statement praising his defense team and thanking the senators and members of Congress who supported him, adding that there was "so much work ahead of us".