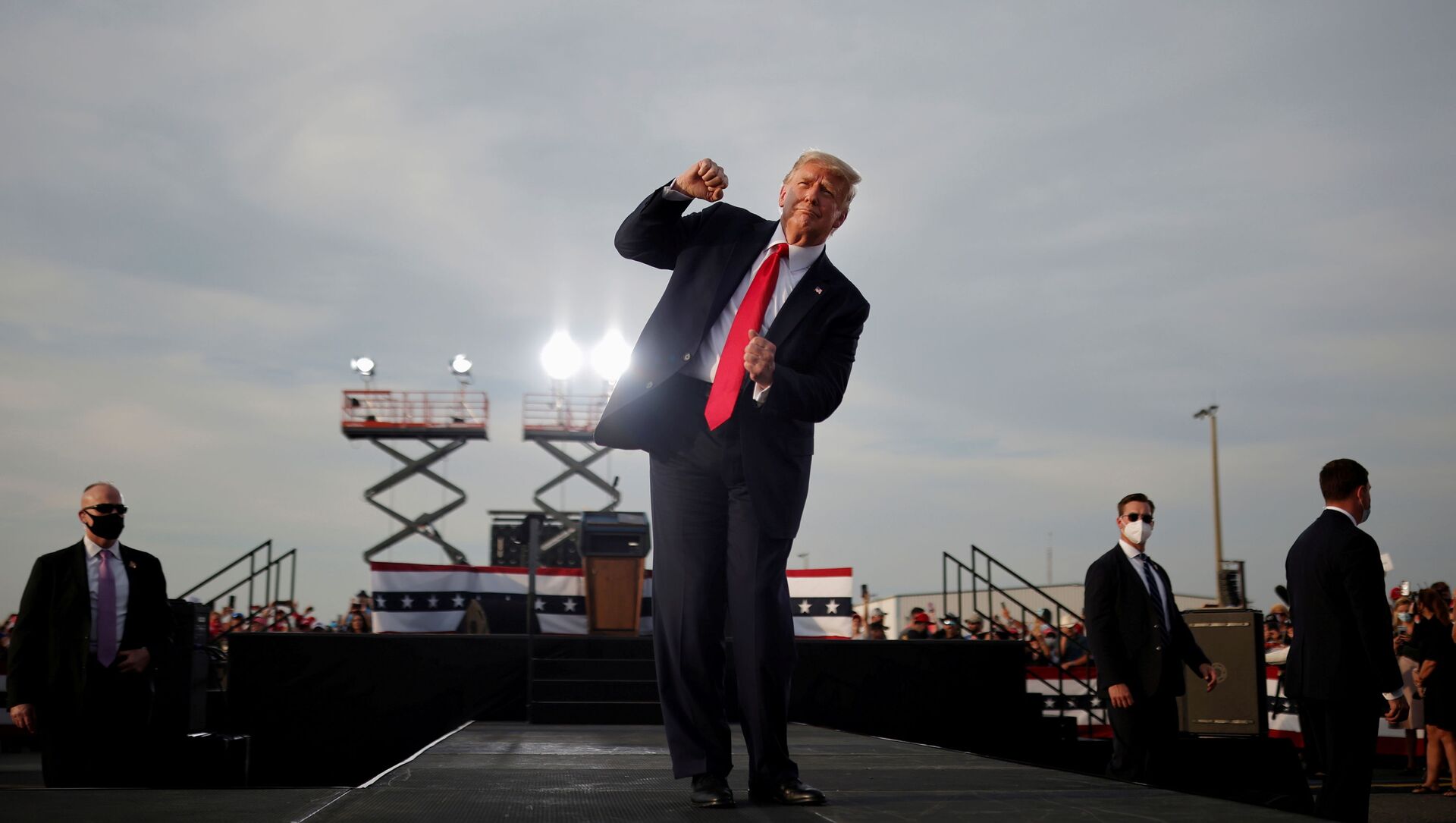 Alexandra Kashirina
All materialsWrite to the author
On Saturday, the US Senate voted to acquit former US President Donald Trump on a single count of "incitement of insurrection" in the deadly 6 January Capitol riot. Trump is the first US president to be impeached twice in the House and acquitted twice by the Senate.

Former US President Donald Trump has slammed the second impeachment trial as another phase of the "greatest witch hunt in the history of our country", releasing a statement after the Senate voted to acquit him for the second time.

In the statement, Trump suggested that there was "so much work ahead of us, and soon we will emerge with a vision for a bright, radiant, and limitless American future", without elaborating, however, what his supporters could expect.

"It is a sad commentary on our times that one political party in America is given a free pass to denigrate the rule of law, defame law enforcement, cheer mobs, excuse rioters, and transform justice into a tool of political vengeance, and persecute, blacklist, cancel, and suppress all people and viewpoints with whom or which they disagree", the statement reads.

Trump added that he "always has been, and always will, be a champion for the unwavering rule of law, the heroes of law enforcement, and the right of Americans to peacefully and honorably debate the issues of the day without malice and without hate". The ex-president also suggested he believes that the American justice system is merely a tool for political revenge. 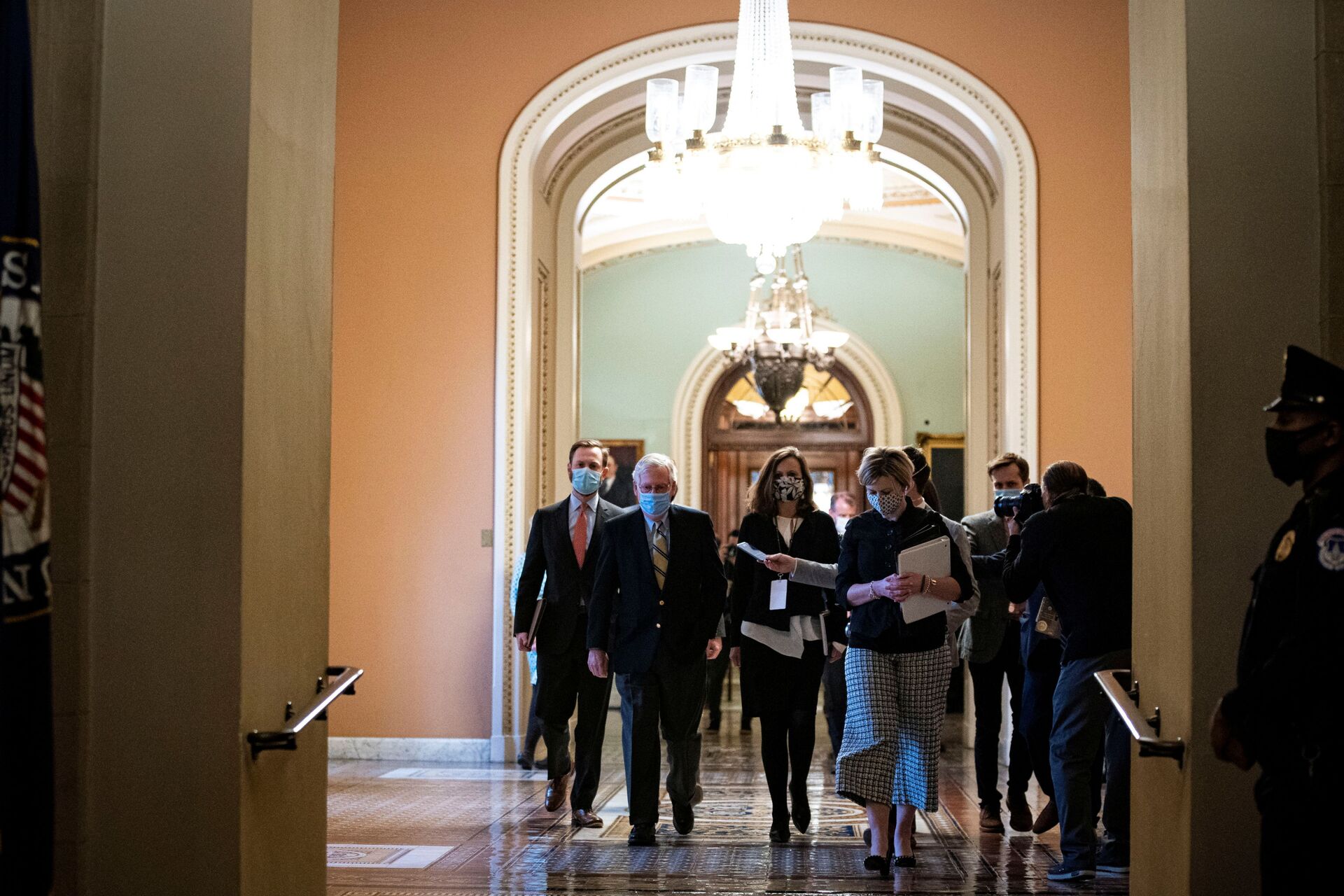 Trump thanked his legal team of David Schoen, Michael T. van der Veen, and Bruce Castor, and expressed gratitude to the senators and members of Congress who supported him, noting that they "stood proudly for the Constitution we all revere and for the sacred legal principles at the heart of our country".

Trump thanked those Americans who stood by his side, saying "there is nothing we cannot accomplish".

"Our historic, patriotic, and beautiful movement to Make America Great Again has only just begun. In the months ahead I have much to share with you", he wrote.

On Saturday a five-day trial concluded as the US Senate voted 57-43 to convict the ex-president under an impeachment article accusing him of "incitement of insurrection" for the 6 January Capitol siege. However, a two-thirds majority or 67 votes was needed to actually convict the now former POTUS. Seven Republican Senators, namely Richard Burr, Bill Cassidy, Susan Collins, Lisa Murkowski, Mitt Romney, Ben Sasse, and Pat Toomey, joined Democrats in voting to convict the former president at the conclusion of his second impeachment trial.

"That President Trump was acquitted, again, is not a surprise. This is a fact of the extreme polarisation that characterises the American political landscape. What is more of a shock is that seven GOP senators sided with Democrats in voting to convict the now former president. Some of these Senators have also been speaking out against Trump of late, for instance, Senator Sasse of Nebraska. They have also received ridicule from Republicans in their home states for their anti-Trump positions. That they receive such critique is a function of how divided the Republicans are, and also how Trump still remains a central figure in the party", says Anthony Pahnke, Professor at San Francisco State University, California.

Trump is the first president in US history to be twice impeached in the House and twice acquitted by the Senate.

House Democrats initiated Trump's second impeachment days after a large group of his supporters stormed the Capitol building in a bid to prevent Congress from certifying Joe Biden's win in the 2020 presidential election. Prior to the Capitol storming, the then-president had repeatedly described the election as rigged and stolen from him, alleging multiple irregularities and voter fraud, and called on his supporters to "fight like hell".

Shortly thereafter, crowds of Trump supporters stormed and ransacked the Capitol building, disrupting the certification of election results and sparking an evacuation of lawmakers. As a result, five people, including a Capitol police officer, Brian Sicknick, died. At the height of the Capitol mayhem Trump urged the protesters to disperse peacefully and go home.

On 13 January, just a week before Trump was to leave office, he was impeached by the House for allegedly inciting his loyalists to breach the Capitol building. He denied the charges and said his statements were "totally appropriate". The US House of Representatives then sent the article of impeachment to the Senate, where his trial began on 9 February.

Senators voted that the impeachment trial was constitutional, although the Trump defence team maintained that it was not, arguing that he is now out of office. House Democrats pointed out that there is no "January exception" and a president must be held accountable for all actions conducted from their first day in office to their last.