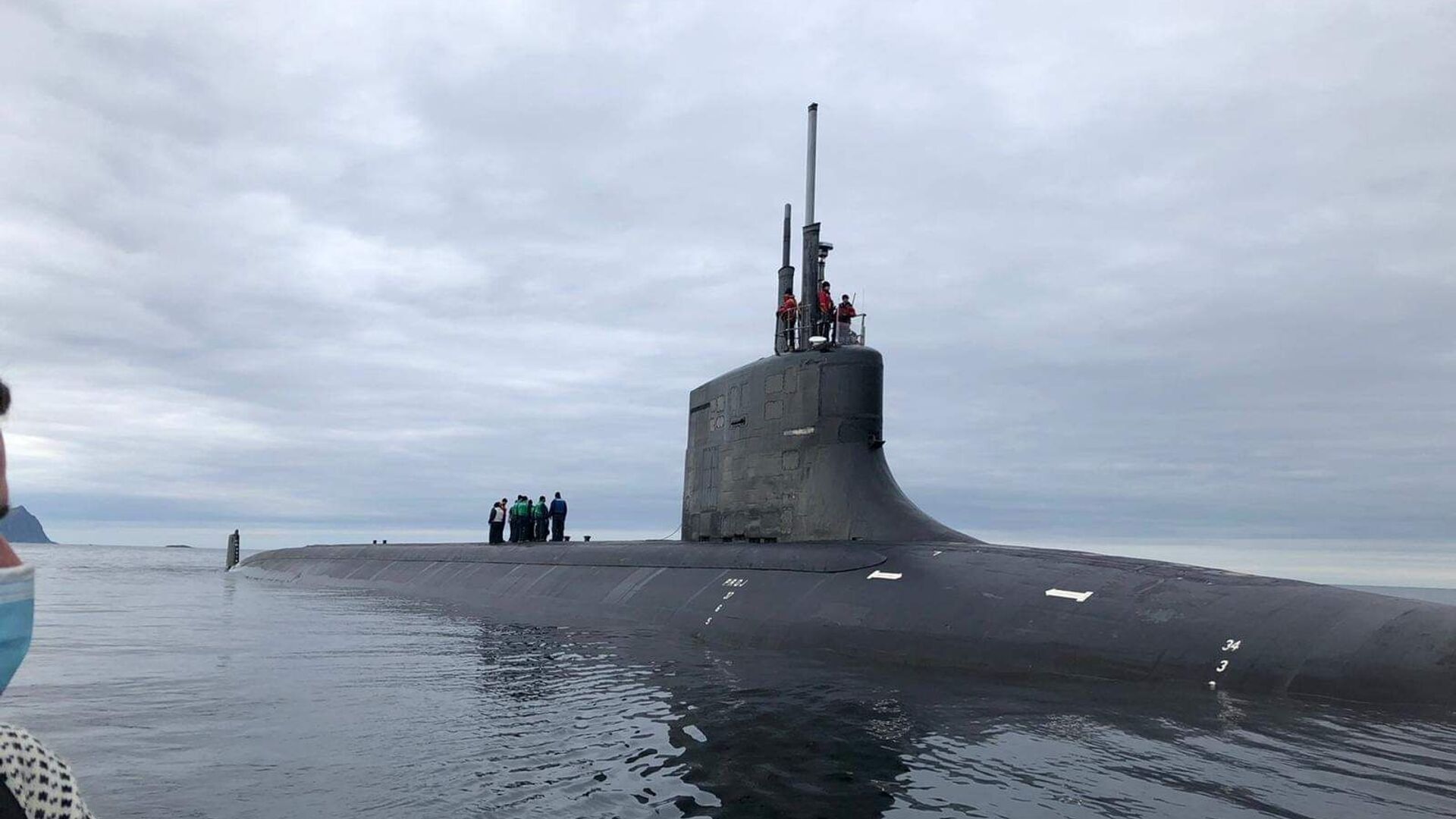 Igor Kuznetsov
All materials
According to the opposition, both popular and political, not only did the authorities fail to take adequate preventive measures to avert a possible nuclear catastrophe, but the arrival of reactor-powered vessels endangers Norway's position, dragging it into the superpower struggle.

The first port call by a reactor-powered US submarine in Tønsvik harbour in Tromsø, Norway, has been met with protests by discontented locals.

The 115-metre-long USS New Mexico, a Virginia class nuclear-powered submarine, docked in Tromsø at noon on Monday, 10 May, to get food supplies.

The nuclear submarine docked at a civilian quay not far from the Tromsø city centre. A security zone of 500 metres was introduced around Tønsvik harbour, and the Armed Forces arranged strict security both on land, at sea, and in the air. Additionally, a flight ban in the area was introduced.

The banner-bearing crowd appeared to protest the contingency plans earlier announced by the authorities. Furthermore, the arrival of nuclear-powered vessels will make Tromsø, the largest town in northern Norway, a bomb target, they claimed.

"I fear that Tromsø will become a bomb target if there is a war. The contingency plan doesn't address whether there are nuclear weapons on board the vessel", Ingrid Schanke, the leader of the organisation Norway for Peace, told national broadcaster NRK.

Earlier, it was revealed that the Tromsø municipality doesn't have the expertise or equipment to be able to handle a possible accident involving radioactive leakage.

"I have shown up to show resistance to what is happening here now, because if an accident should happen, the consequences haven't been taken into account. We are concerned about those living nearby", protester Brage Skrede Kyllo told NRK.

A spokeswoman for the Armed Forces' operational headquarters, Elisabeth Eikeland, said she understands that some may be sceptical, but voiced confidence that the operation will go as planned.

She also referenced the 1975 Bratelli Doctrine whose precondition is that allies – including the US, which she called "the closest one" – don't bring nuclear arms to Norway.

'Can Have Fatal Consequences': Norwegian City 'Ill-Prepared' to Welcome NATO Nuclear Submarines
Earlier this spring, an 80-page analysis by the Armed Forces judged a nuclear accident to be an unlikely scenario. However, should it happen, the consequences were described as "death, damage to health over time, or radioactive harm to nature and the environment".

Defence Minister Frank Bakke-Jensen emphasised that the government would never choose the harbour in Tromsø if they had the slightest doubt about safety.

The opposition, however, argued that this is not enough and that it further drags Norway, a key US ally, into the superpower struggle.

"The minister of defence both underestimates and downplays the consequences of an accident involving these nuclear submarines. This increases the risk that Tromsø could become a military target in a conflict between Russia and the United States", Reds leader Bjørnar Moxnes ventured.

Previously, the upgrade of the port facilities in Tromsø to accomodate nuclear-powered vessels triggered both popular and political opposition, as well as criticism from environmental organisations, ranging from grassroots outfits to Greenpeace.

At 76,000 inhabitants, Tromsø is the largest urban area in northern Norway and the third largest north of the Arctic Circle, behind only Murmansk and Norilsk, both in Russia.