Scoop: Another Tanker Briefly Runs Aground in Suez Canal 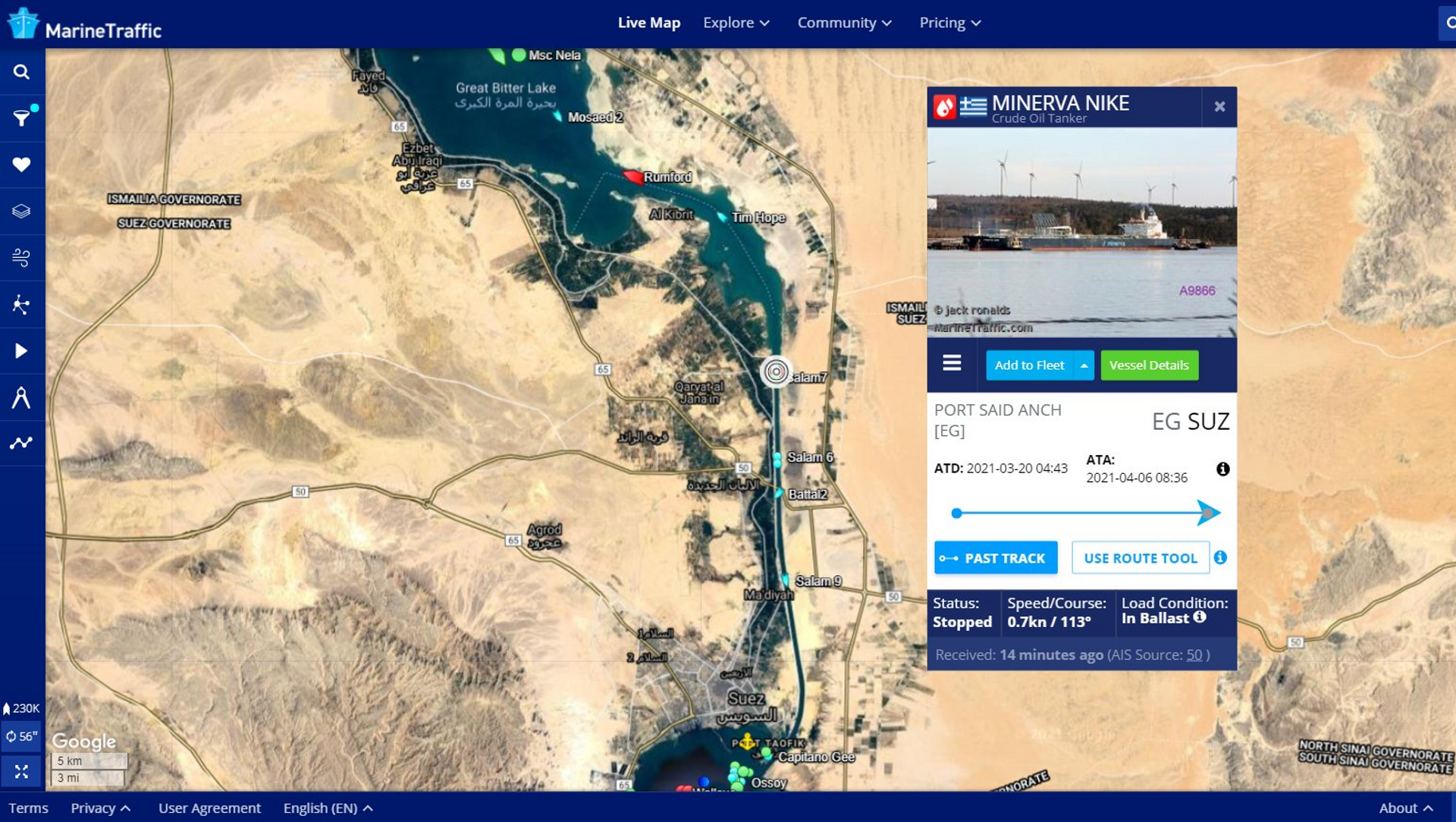 Ilya Tsukanov
All materialsWrite to the author
The strategic shipping waterway, which accounts for as much as 12 percent of all global shipping, was jammed up for six days in March after a large Japanese-owned container ship ran aground, bringing all traffic through the canal to a halt. The accident was estimated to have caused the delay in shipment of as much as $400 million in goods per hour.

Another ship has briefly run aground in the Suez Canal, an informed source has told Sputnik.

"Indeed, the ship ran aground a little, but the incident is over and the ship is already underway," the source said, adding that it would take "30 minutes at most" to restore movement in the canal area.

The new incident took place in the canal's southern portion, almost completely blocking traffic through the waterway, the source added.

Footage of canal traffic by MarineTraffic showed ships loitering in a narrow stretch of the canal area Tuesday afternoon local time, with tugs including the Mosaed 3 rushing to help the Minerva Nike, a crude oil tanker sailing under the flag of Greece. The Rumford, a crude tanker sailing under the Italian flag, could be seen stopped directly north of the Minerva Nike, reporting engine trouble.

There seems to be a slowdown of traffic at the #Suez Canal again, as another ship, the #Rumford, is facing difficulties there.
We are waiting on details but as you can see from our Playback video, tugs in the area rushed to help the #tanker. #SuezLiveonMT pic.twitter.com/f5AGcG8vHG

As of 12:30 pm GMT, the Minerva Nike was registered using its engines, sailing at 10.7 knots northward. The Rumford resumed its passage through the an hour and fifteen minutes earlier.

Tuesday's incident was a brief taste of the catastrophic blockage of the Suez Canal that played out between 23 and 29 March, when the Ever Given, a 400-metre-long Japanese-owned, Panama-registered, German-managed, Taiwanese-operated container ship, wedged itself into the waterway after speeding through the canal in high winds.

The Ever Given incident held up tens of billions of dollars in trade, with canal authorities working day and night to get the ship unstuck. Egypt reportedly lost some $14 million in transit revenues for every day that the ship remained trapped.

Egypt's First Female Captain to Cross Suez Canal 'Shocked' by Rumours Claiming She Caused Blockage
Last week, Egyptian authorities announced that they would ask the skyscraper-sized ship's owners to pay compensation for the incident, indicating that Cairo holds the ship's captain responsible for the accident. Canal officials estimate that the cost of the blockage may reach as much as $1 billion.

The shipping backlog caused by the Ever Given incident was fully cleared by Saturday, with all 422 vessels with a combined tonnage of 22 million tonnes passing through the canal zone safely on route to their destinations.

Authorities stressed that they ruled out sabotage as a possible reason for the Ever Given incident. However, the crash garnered an air of mystery after the ill-fated ship "accidentally" chartered a course resembling male genitalia before heading into and getting stuck in the canal, giving rise to a host of hilarious conspiracy theories.