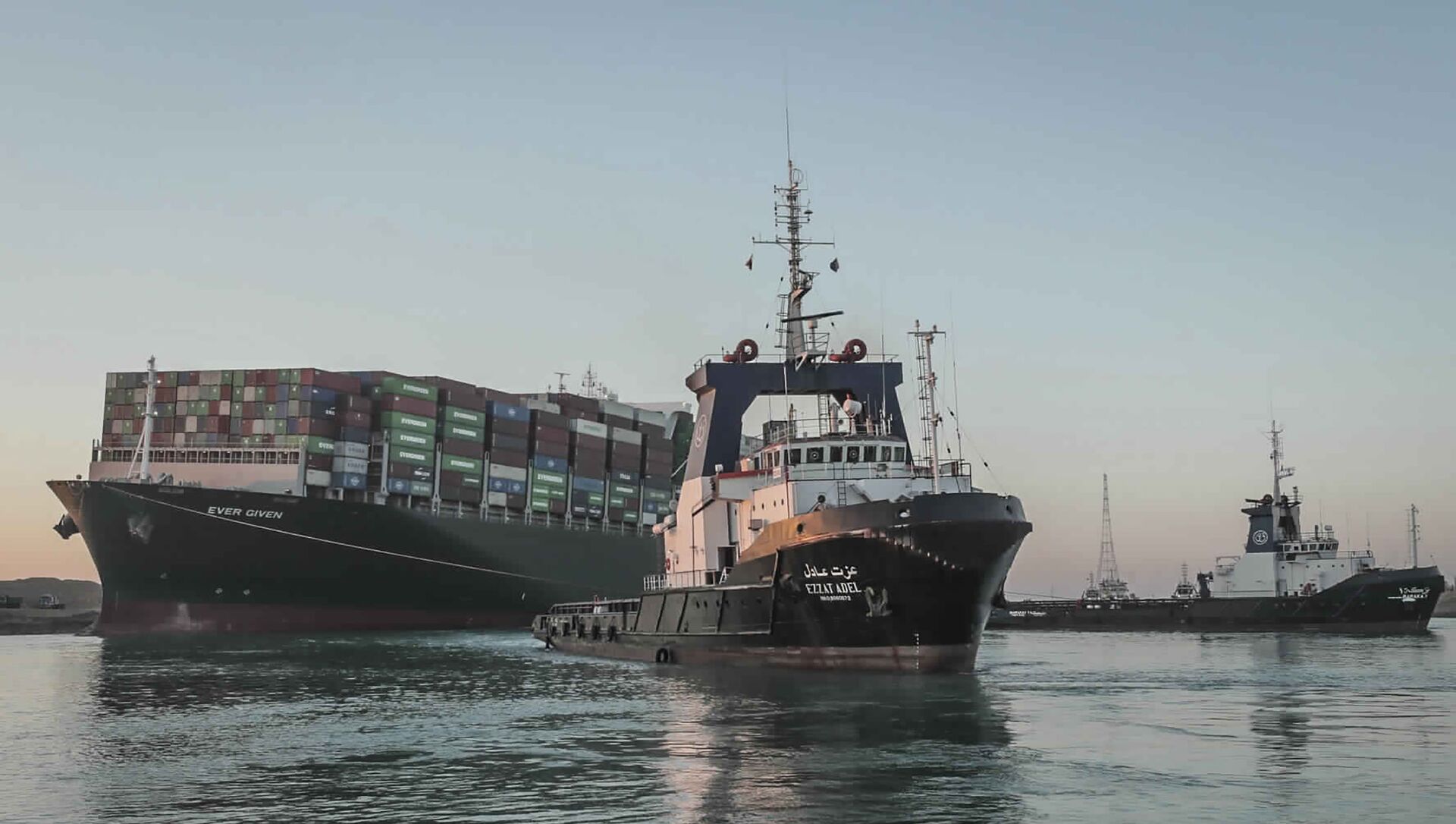 Aleksandra Serebriakova
Moscow-based Sputnik correspondent specializing in foreign affairs.
All materialsWrite to the author
The maritime traffic crisis started on 23 March after giant vessel Ever Given got stuck in the Suez Canal, creating a blockage costing billions of dollars that halted the flow of goods from Europe to Asia for days.

Marwa Elselehdar, Egypt’s first female ship captain, says she was left appalled by speculation that she was to blame for the recent Suez Canal blockage that halted 12 percent of global trade.

Elselehdar told the BBC that as the Ever Given crisis unfolded on 23 March, statements and doctored headlines circulated on social media suggesting that she had played a role in the accident. However, she didn’t specify how exactly she was linked to the giant traffic jam situation.

"I was shocked," says the captain, who was working as a first mate in command of the Aida IV ship in Alexandria when the Ever Given got stuck in the canal.

"I felt that I might be targeted maybe because I'm a successful female in this field or because I'm Egyptian, but I'm not sure," Elselehdar said.

The 29-year-old was the first female captain from Egypt to cross the Suez Canal in 2015 after it underwent expansion works. Elselehdar says she has repeatedly faced sexist remarks since enrolling at the Arab Academy for Science, Technology & Maritime Transport, which she was allowed to do only after being given permission by Egypt's then-President Hosni Mubarak.

"People in our society still don't accept the idea of girls working in the sea away from their families for a long time," she says. "But when you do what you love, it is not necessary for you to seek the approval of everyone."

The Suez Canal crisis was resolved on 29 March when the Ever Given was successfully refloated allowing hundreds of ships stranded on both sides of the waterway to pass through. It's estimated that global trade suffered billion-dollar losses from the backlog, which prompted significant delays among vessels bringing goods from Europe to Asia via the shortest available route.