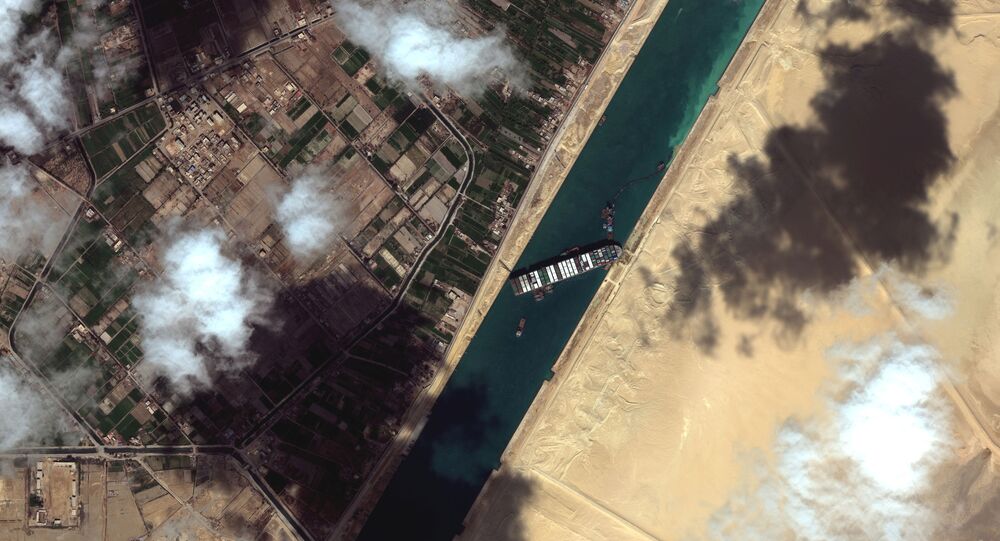 CAIRO (Sputnik) - All vessels trapped at the entrance to Egypt's Suez Canal by the grounding of a giant container ship have passed through as of Saturday, the chairman of the waterway's authority said.

"All 422 vessels with a combined tonnage of 22 million, which have been queuing since the mishap involving the Ever Given, have passed through the Suez Canal", Osama Rabie said in a statement.

The ship was refloated on Monday by a fleet of 15 tugboats. The last 61 ships cleared the canal linking the Red Sea with the Mediterranean Sea on Saturday.

© REUTERS / HANDOUT
Ship Ever Given, one of the world's largest container ships, is seen after it was fully floated in Suez Canal, Egypt March 29, 2021.

The Ever Given ran aground on Tuesday last week, paralysing the crucial waterway. The cost to global trade could reach $1 billion, according to the canal authority. The Japanese-owned, Taiwanese-operated, Panamanian-flagged vessel has been towed to the Great Bitter Lake, where it will remain while the incident is investigated.