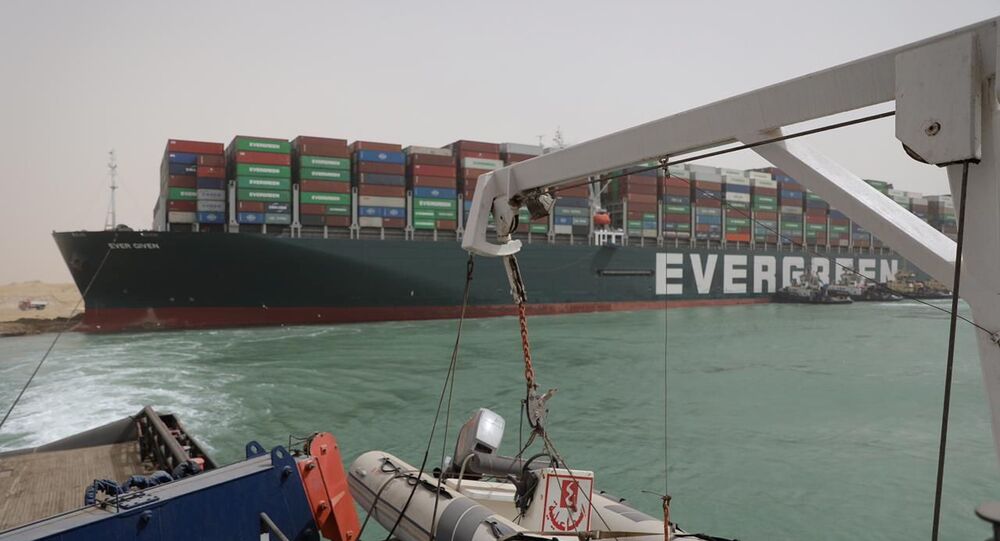 The over 200,000-tonne cargo ship that got stuck sideways in the Suez Canal earlier this week appears to have taken quite a raunchy course before it blocked traffic down the crucial waterway for two days.

Tracking data shows that the ship Ever Given, operated by the company Evergreen, opted for a phallic-shaped passage while moving along the Suez Canal, but at some point was carried off its saucy course by a "gust of wind".

A Cargo Ship Drew a Giant Dick Pic in the Ocean Then Got Stuck in the Suez Canal - VICE UK https://t.co/h4KBxVVvpA

While this small detail might be a cause a levity for some, concerns are on the rise that the Suez incident involving the 1,300-foot-long and 194-foot-wide ship could bring about a catastrophic disruption to world trade, including in oil and gas, due to other vessels being unable to pass through the waterway. At least seven tug boats and a great number of diggers on the Suez banks are working to free the vessel.

A spokesperson for the maritime tracking site vesselfinder.com, which shared the penis-resembling route, said the data was no joke.

"There is no room for some kind of conspiracies or false data", Vice quoted the spokesperson as saying.

The jam saw at least 100 ships attempting to enter the narrow shipping path, which connects the Mediterranean and Red Seas, left entirely stuck, along with their cargo.

Millions of barrels of oil are on board a number of ships still lingering in the traffic jam, as international benchmark Brent crude has now jumped by nearly 2.9 percent to $62.52.

The canal, the biggest artificial waterway in the world, sees almost 12 percent of international trade traffic pass through it, with dozens of vessels daily using the route to cross from Europe to Asia and back.