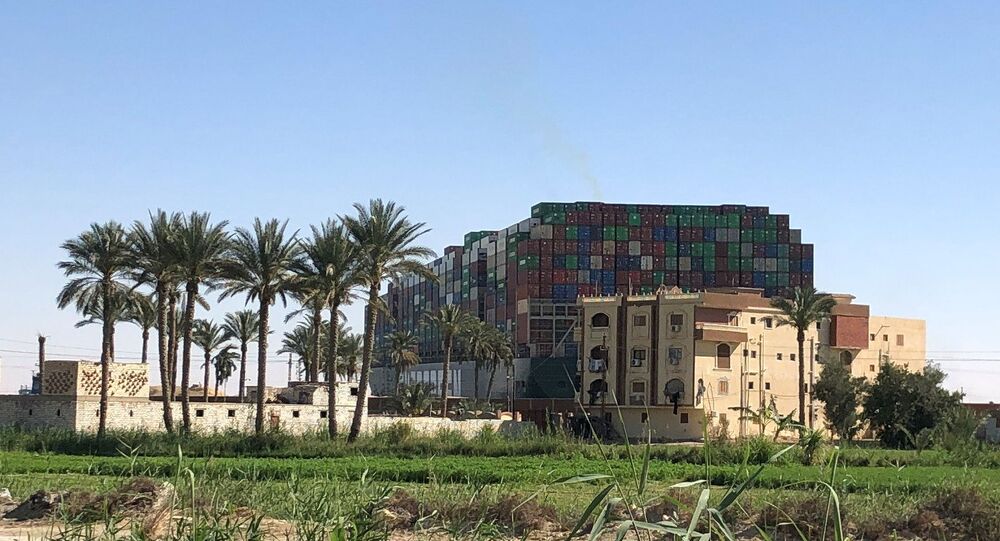 A giant container vessel blocked maritime traffic in the Suez Canal after getting stuck sideways, causing significant disruptions in one of the world's busiest waterways. The canal connects the Mediterranean and Red Seas.

The Suez Canal Authority has announced a temporary halt to maritime traffic as eight tugs are working to release the container ship Ever Given that blocked the route after running aground.

"Maritime authorities said that 13 ships from the northern convoy via Port Said were supposed to pass through but ... remain docked in the transit areas until refloating is complete", the authority's spokesperson George Safwat said.

A source from the Gulf Agency Company operating the canal told Sputnik that traffic remains blocked for over two days now as the rescue operation continues. According to the source, the vessel was still stuck in the shallow waters as of 10:00 a.m. local time.

The ship's operating company, Evergreen, said in a statement that the vessel remains stranded. The crew, the ship, and the cargo are safe, the company added, noting that the incident caused no marine pollution.

The Panama-flagged cargo ship, measuring 400 metres in length and with a carrying capacity of 224 thousand tonnes, was travelling from China to the Netherlands when it got stranded in the Suez Canal, bringing traffic in the maritime lane to a halt in what became one of the biggest traffic jams in decades.

The canal, connecting the Mediterranean and Red Seas, is the biggest artificial watercourse on the planet. Nearly 12% of sea traffic passes through the canal. Dozens of vessels use the waterway daily to travel from Europe to Asia and back.