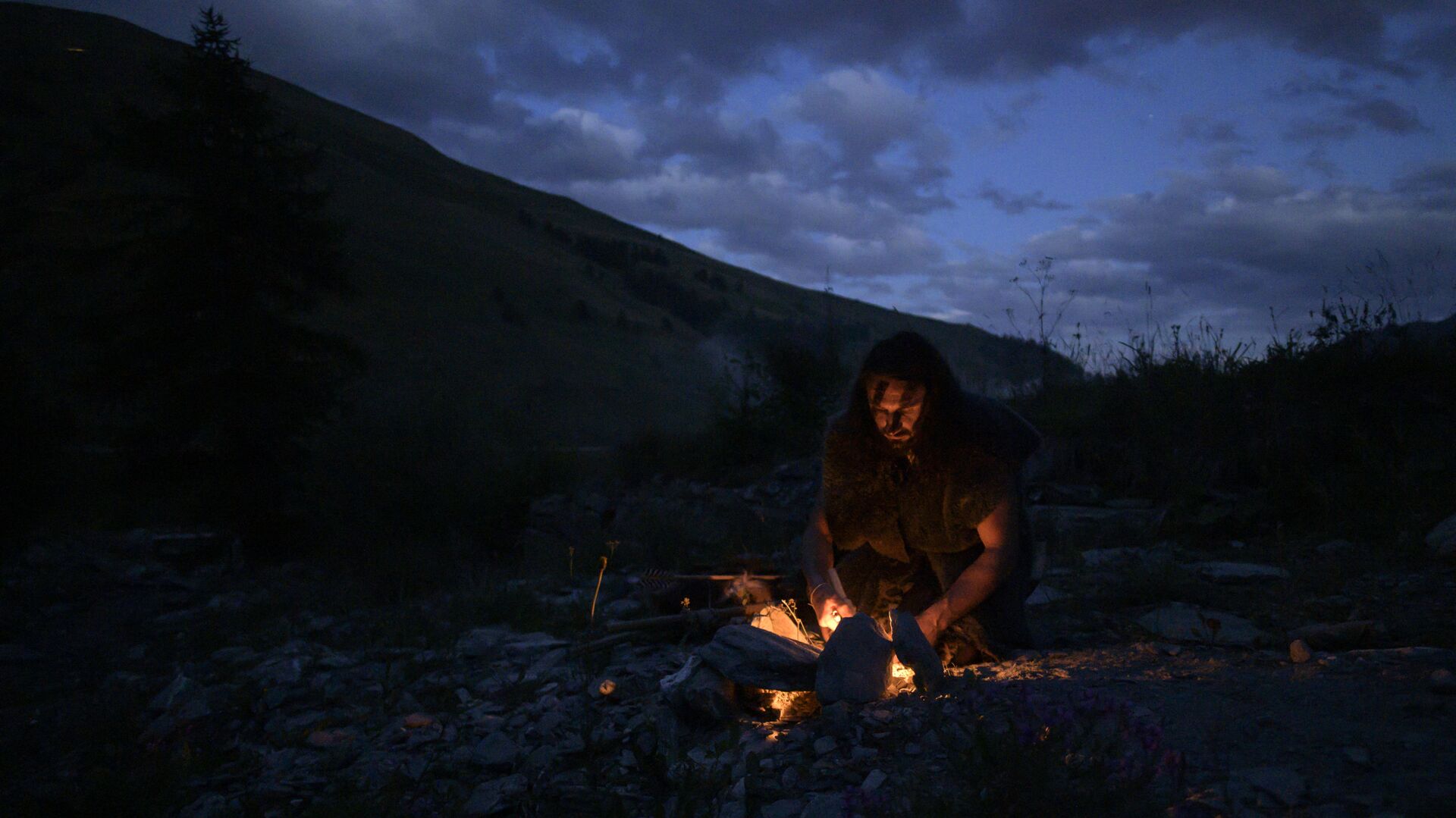 Kirill Kurevlev
Correspondent
All materialsWrite to the author
The research, conducted by Tel Aviv University in collaboration with the University of Minho in Portugal, calls into question the notion that prehistoric humans were omnivores with eating habits comparable to modern humans, according to the report.

Unlike most previous research on ancient human diets, which have mostly been focused on hunter-gatherer cultures in recent centuries, the new paper, published in the American Journal of Physical Anthropology, is largely based on “the memory preserved in our own bodies, our metabolism, genetics, and physical build.”

“Human behavior changes rapidly, but evolution is slow. The body remembers,” one of the study authors, Miki Ben-Dor of Tel Aviv University’s Department of Archaeology is quoted in the Times of Israel Sunday report as saying.

The research "may provide a broad basis for fundamental insights on the biological and cultural evolution of humans, according to the report, citing the statement of Tel Aviv University.

“Our study addresses a very great current controversy – both scientific and non-scientific,” said Professor Ran Barkai of the university's archeology department, one of the researchers of the study. “We propose a picture that is unprecedented in its inclusiveness and breadth, which clearly shows that humans were initially apex predators, who specialized in hunting large animals.”

The scientist cited the trendy Paleolithic diet, which suggests that primitive humans consumed plants, fruits, nuts, roots, and meat, thereby making those certain foods the most natural to consume. However, according to the study, cave dwellers only ate the last thing on that list.

“For many people today, the Paleolithic diet is a critical issue, not only with regard to the past, but also concerning the present and future,” Barkai said. “It is hard to convince a devout vegetarian that his/her ancestors were not vegetarians, and people tend to confuse personal beliefs with scientific reality. Our study is both multidisciplinary and interdisciplinary.”

The researchers looked at our stomach acidity, which is high even for predators, implying a meat diet in which the acid will shield us from harmful bacteria.

Moreover, they studied the composition of fat in human cells, finding that, like predators, human fat is contained in a large number of small fat cells, while omnivore fat is stored in the opposite way.

The human genome was also cited among the evidence.

The scientists reportedly claimed that archaeological data confirms their theory, such as the discovery of stable isotopes in ancient human bones that point to the consumption of high-fat meat, most likely from large animals.

"Most probably, like in current-day predators, hunting itself was a focal human activity throughout most of human evolution," Ben-Dor said. "Other archaeological evidence — like the fact that specialized tools for obtaining and processing vegetable foods only appeared in the later stages of human evolution — also supports the centrality of large animals in the human diet, throughout most of human history."

Bigger Hips in Women May Be Due to Human Ancestors Laying Eggs, Study Claims
The researchers conclude that humans only started eating a more plant-based diet around 85,000 years ago, likely as a result of a decrease in larger animals as a food source, since most of them were extinct by that time, a process which according to some scientists, was helped along by humans.

“As Darwin discovered, the adaptation of species to obtaining and digesting their food is the main source of evolutionary changes, and thus the claim that humans were apex predators throughout most of their development may provide a broad basis for fundamental insights on the biological and cultural evolution of humans,” Barkai concluded.