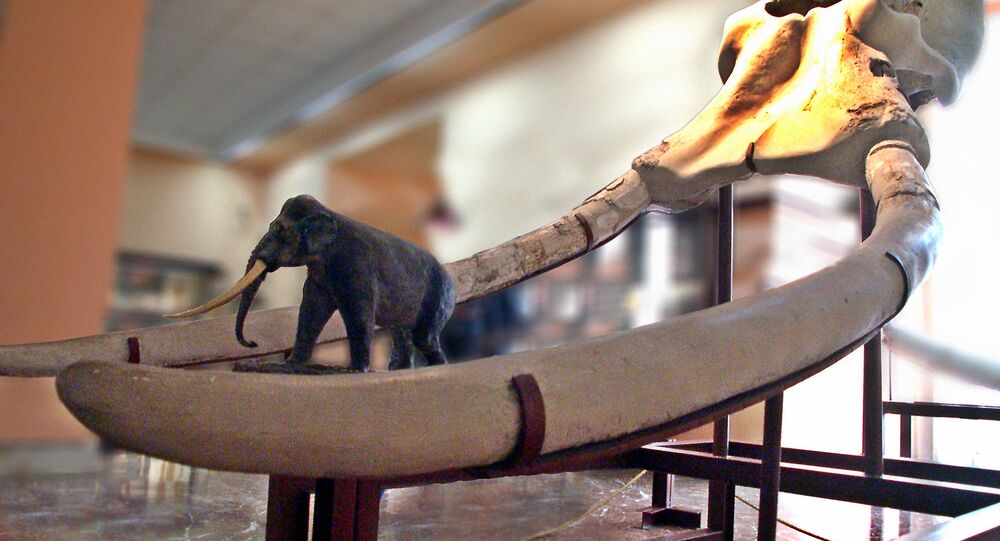 According to a local paleontologist, the impressive finding that emerged from the shingle after a recent cliff drop, may be somewhere between 10,000 and 125,000 years old.

A huge prehistoric bone that once belonged to either a straight-tusked elephant or an extinct mammoth has been discovered by two fossil-hunting brothers Joe and Luke Ferguson, who found a 1-metre humerus bone near Brighstone Bay on the southwest coast of the UK's Isle of Wight, the BBC reported Friday.

According to the report, the brothers sent Dr Martin Munt, curator and general manager at the Dinosaur Isle Museum in Sandown on the Isle of Wight, pictures of their discovery to identify the bone. Munt said the bone, which weighs about 25-30 kg, seemed to be either a straight-tusked elephant or a mammoth humerus, and estimated it was between 10,000 and 125,000 years old.

"Bones of both types of elephant have been found before in the gravels that cap the cliff along the Island's south-west coast. It is a particularly good example, and looks to be almost complete. The preservation and location of the find makes it unique", he said. "I was very excited when I saw the pictures that Luke shared with me, owing to the rarity of the find".

'Mammoth' fossil found on Isle of Wight beach
Two amateur fossil hunters have discovered a huge prehistoric fossilised bone, believed to be from an elephant, on an Isle of Wight beach #prehistory #Mammoth #Bones #FossilFriday pic.twitter.com/rNHpytKU9Z

The Ferguson brothers have been fossil hunting since they were kids and have built up an impressive collection, but this latest discovery is their best yet.

© CC BY-SA 4.0 / Luxquine / U. jubatus Reconstruction
Scientists Discover Dinosaur With Proto-Hair Mane And Ribbon-Like Structures on Sides
"Me and my brother have been fossil hunting for years since we were children, we came across it which was unbelievable really", Joe, one of the brothers, said. "It's our best find for sure, we have had some good finds and our house is like a museum with cabinets full, but this is the biggest and is unbeatable. You don't ever imagine finding something like this in such good condition, it's pristine. It feels brilliant to find it, I'm still buzzing, just can't believe it, every time I look at it, it's just huge in our room – compared to the other fossils we have they are nothing".

"It is honestly the find of a lifetime. It doesn't get better than that", he concluded.

The straight-tusked elephant is an extinct elephant species that inhabited Europe and Western Asia during the Middle and Late Pleistocene. Recovered species have achieved heights of up to 4-4.2 metres and weights of an estimated 11.3-15 tonnes.

As for mammoths, they went extinct about 4,000 years ago.

Researchers Use 3D Technology to Reconstruct Brain of Dinosaur, Gain Insight Into Habits