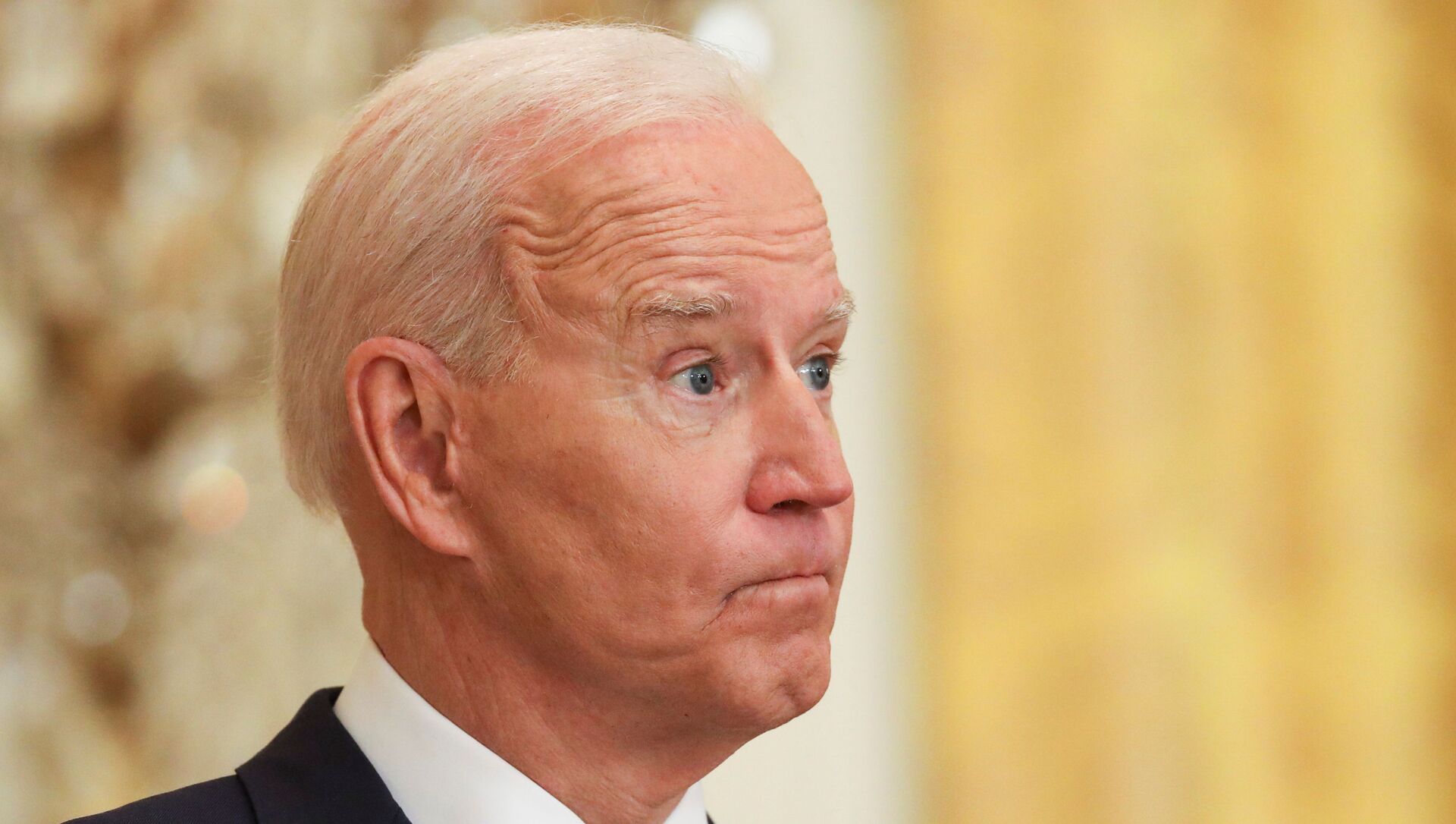 Ekaterina Blinova
All materialsWrite to the author
Joe Biden hopes to capitalise on bipartisan voter support for his $1.9 trillion COVID relief package and win the hearts and minds of the GOP electorate with his next $3 trillion "build back better" legislation. Will the White House's plan to appeal directly to Republican constituents work?

March polls indicated a broad public endorsement of the US president's coronavirus aid bill, which was earlier unanimously rejected by GOP congressmen: according to Pew Research, 70% of American adults said they favoured the measure with just 28% opposing it. Furthermore, 41% of Republicans and Republican-leaning independents have also endorsed the legislation.

While it's hardly surprising that $1,400 checks were appreciated by Republican voters hit by the pandemic, but there are many other issues pushed by the Biden administration which American conservatives clearly don't like, observers say.

"I think Joe Biden's disastrous policies at the border are not gaining him Republican votes, they're losing people who may have voted for him," says Billy Grant, a GOP political consultant. "I also think his upcoming infrastructure plan, - they've basically guaranteed they're going to raise taxes, - so anyone he thinks he may have gained, they're going to lose very quickly."

President Biden wants to spend another 3 trillion dollars on “infrastructure” and “climate change.”

How does he pay for that?

By raising your taxes.

​However, the conservatives' ire is not limited to tax hikes and the ongoing border crisis: the Biden-Harris political agenda is "too radical" for American GOP voters, according to Republican political commentator Marc Little:

"In short, this Biden/Harris administration is so radical, related to war, climate change, weakening the Second Amendment, abolishing the Electoral College, making the District of Columbia and Puerto Rico states, promoting the Equality Act (H.R. 1) which violates the US Constitution by taking federal elections out of the hands of the states and into the hands of federal operatives, open borders to illegal aliens, its focus on sexual orientation and sexual identity - even in children  (H.R. 5) - and the craving for on-demand abortion, that there is little that can be said or done to attract conservative Republicans," he sums up.

Biden's new $3 trillion infrastructure proposal sure seems like it's focused on everything BUT roads and bridges... pic.twitter.com/evLjxStmT7

​Moderating these radical positions would be a good start if the Biden administration really wants to appease US conservative voters, Little suggests.

However, Billy Grant does not believe that's the case: "I truly haven't really seen anything from Biden that has actually tried to genuinely reach across the aisle, which is what he talked about the whole time during his campaign."

Apparently, Biden's pacifying stance is prompted by the fact that his $3 trillion infrastructure and climate change bill is about to run into a wall of GOP opposition in Congress. Republican lawmakers do not approve of the Dems' plan to fund the project through substantial tax hikes and remain highly sceptical about the new administration's spending spree, citing skyrocketing national debt.

"Biden wants an infrastructure bill next," says Robert Collins, a political analyst from Dillard University. "Infrastructure is popular with both parties. The difficulty in the past with getting infrastructure bills through Congress is that Democrats and Republicans disagree on how to fund them. Democrats want to raise taxes on upper-income individuals, corporations, and on gasoline. Republicans want to incentivise construction by reducing taxes on construction companies building public roads and bridges so that they can make a larger profit if they agree to work on public infrastructure within the current federal budget."

Biden will split his infrastructure plan into two proposals.

Next month, a second package will include spending on social welfare programs, healthcare, and child care.

​The COVID relief package was passed along party lines under the reconciliation procedure. This trick would have probably worked again but Democratic Senator Joe Manchin of West Virginia abruptly refused to support reconciliation. This means that the Dems would need at least 10 GOP and 50 Democratic senators to evade filibuster and pass the bill in an evenly split Senate. To that end, the White House needs to change tactics by "treating Republican leaders respectfully while also appealing directly to their constituents, making it painful for the GOP to be the Party of No," suggested Bloomberg.

However, it's not clear whether GOP voters will swallow the bait. For instance, S&P Global Biden's prognosis that the "build back better" plan will create 2.3 million jobs by 2024 does not sound too encouraging: according to CNN, Donald Trump managed to create 6.6 million jobs in his 36 months in office while during the 36-month period at the end of Barack Obama's tenure, employers added 8.1 million jobs.

At the same time, Biden's decision to ban the Keystone XL pipeline – part of his "build back better" initiative – has already killed thousands of high-paying, working-class and union jobs.

In the first weeks of his presidency, Joe Biden’s administration killed thousands of jobs by scrapping the Keystone Pipeline XL project. He also killed many jobs by stopping construction on the border wall - something that receives less attention. pic.twitter.com/RgkB6e3Ept

​In addition to this, US conservative voters fear that Biden's tax proposal would prompt US corporations to "outsource" American jobs again, reversing Trump's effort to bring them back. Thus, Ford Motor Co has reportedly changed its mind and opted to build its next-generation vehicle in Mexico rather than at an Ohio plant.

The Republican Party and its electorate are "united in opposition to Joe Biden’s liberal, socialist agenda that is destroying our country," says Paul Anthony Gosar, an American politician who has served as the US Representative for Arizona's 4th congressional district since 2013.

"President Trump brought many working-class voters our way, and Hispanic voters are increasingly inclined to vote Republican," he notes. "Meanwhile, the Democrats, led by Mr. Biden, have become the party of the elites, the naïve, and the socialist left."

Given this, it is quite plausible that the GOP will retake either one or both chambers in the 2022 midterms, despite losing the majority in the House in 2018 and in the US Senate in 2020, according to Marc Little and Billy Grant.

"It is not the case that the Republican Party is not a single, powerful political force," argues Little. "The Republicans defied all odds in the 2020 election by nearly gaining a majority in the House of Representatives."

He believes that "with the right leadership and true and fair elections," the GOP can re-emerge in 2022 and return to its policies. However, this will happen only "if the Senate holds the line to prevent abolishing the legislative filibuster, retains the Electoral College, and prevents additional statehood for the District of Columbia and Puerto Rico," according to the political commentator. "This will be the test," he concludes.