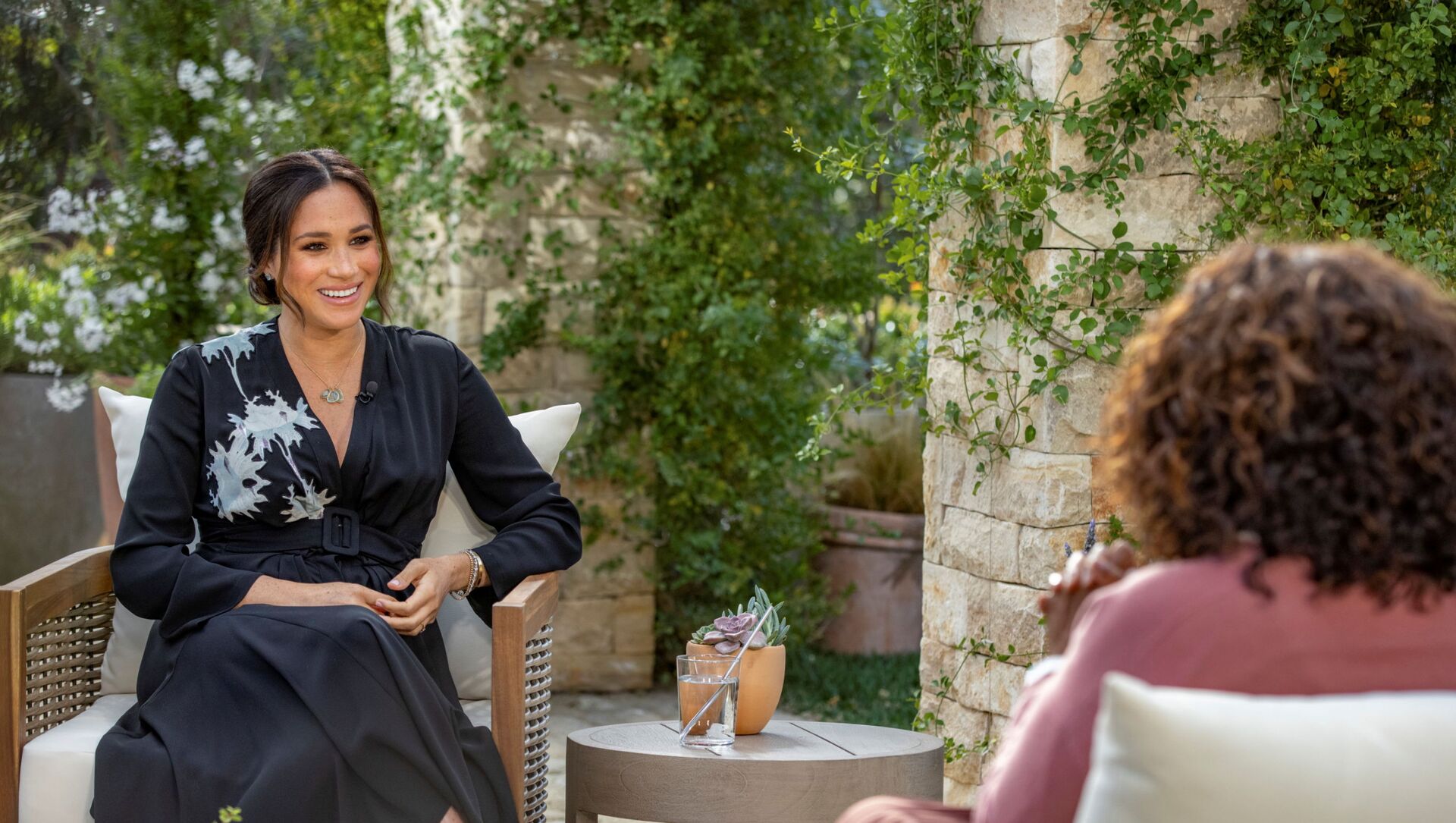 Aleksandra Serebriakova
Moscow-based Sputnik correspondent specializing in foreign affairs.
All materialsWrite to the author
The relationship between Meghan Markle and her father Thomas hit rock bottom shortly before her marriage to British Prince Harry in 2018, as it emerged that the duchess’ dad had cooperated with paparazzi to stage a photoshoot ahead of the big royal wedding.

Thomas Markle, 76, was photographed delivering a note to a house believed to be that of America’s 'queen of chat' Oprah Winfrey, who recently interviewed his daughter Meghan and son-in-law Prince Harry about their royal life rollercoaster.

The images, shared by the Sun, show how Meghan’s masked dad hands a piece of paper to a security guard outside of the $90 million estate. In one picture, Thomas is seen looking directly at the camera.

An unnamed source told the Sun that in the letter, Thomas had asked the TV host “to contact him so he could tell his side of the story”.

​​“This was not a note to Meghan and Harry, it was meant for Oprah,” the insider shared. “Thomas watched the interview she did with them and feels he deserves a chance to have his say.”

In January 2020, Meghan’s dad told the Sun that he was planning to write a letter to the talk show star “to have an opportunity to speak” about his estranged relationship with his daughter.

The Crippled Bonds Between Meghan and Thomas

In a bombshell interview to Oprah that went on air on 7 March, the Duchess of Sussex had described how her father’s decision to cooperate with tabloids ahead of her wedding to Prince Harry and then to deny the setup felt like a betrayal to her.

“If we’re going to use the word betrayal, it’s because when I asked him, when the comms team told us this the story was coming out, we called my dad and I asked him and he said, ‘No, absolutely not’,” she told Oprah after a long pause.

“When I said we won't be able to protect our own kids one day and I said: ‘So I just need you to tell me and if you tell me the truth, we can help’. He wasn't able to do that,” Meghan, who is now pregnant with her second child, added.

After Meghan and Prince Harry started dating, the couple begged the media to stay away from Markle’s parents but the tabloids tracked her relatives down, even renting an apartment close to Meghan's father's home and overwhelming Thomas with gifts, the duchess told Oprah. 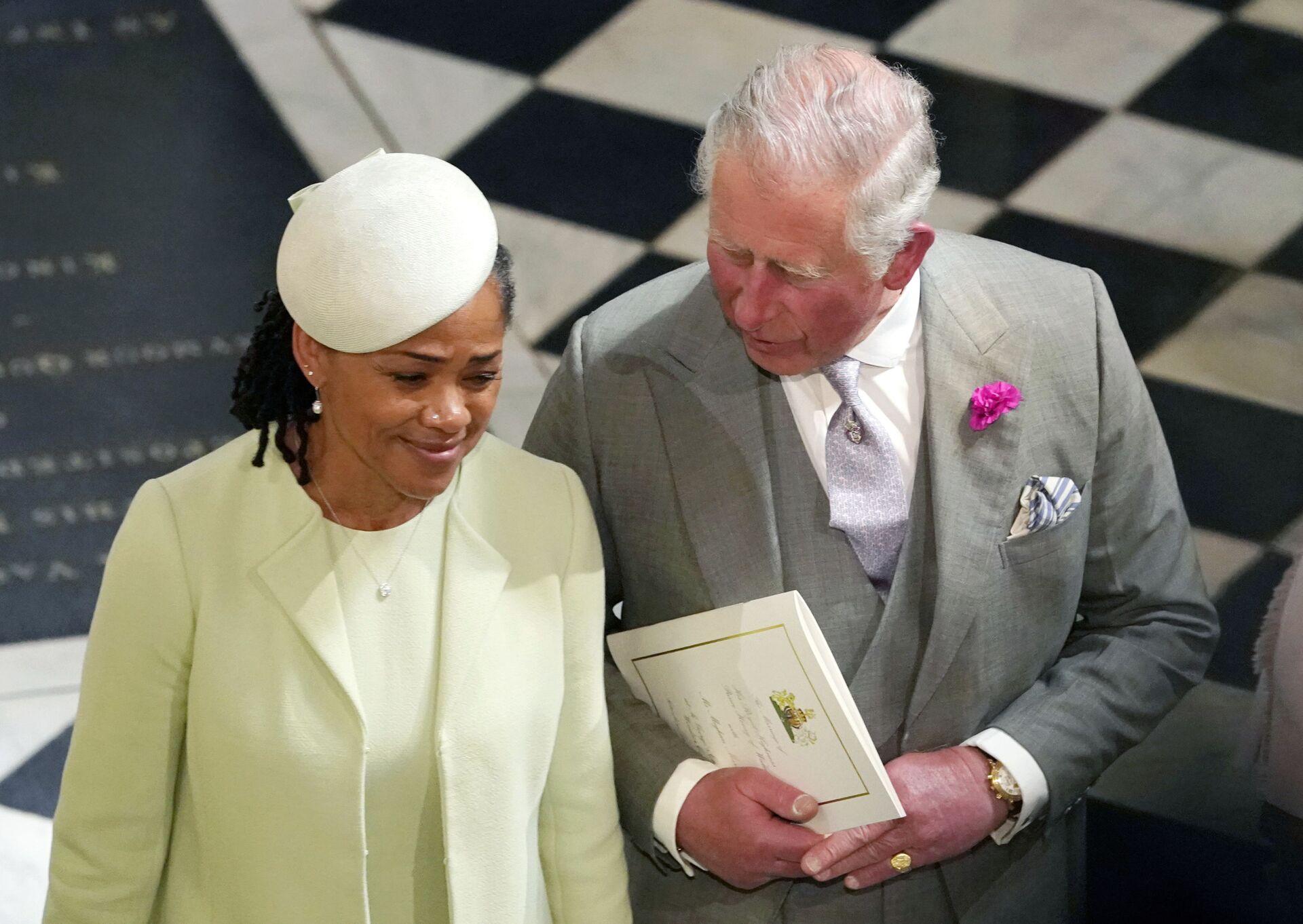 When a series of photos emerged in 2018 showing her dad reading a book on Britain’s landmarks and getting measured for a suit ahead of the wedding, the Daily Mail revealed that the photoshoot was staged, citing obtained CCTV footage.

Thomas Markle was spotted arriving at the set alongside photographer Jeff Rayner, to then pretend on camera that he was caught off guard. Markle had apparently denied posing for the shots when speaking on the phone with Prince Harry – something he later admitted he was “not proud of”.

In the end, Mr. Markle didn’t appear at the royal wedding at all – he said he was recovering from heart surgery at that time. Prince Charles was the one to walk his daughter-in-law down the aisle.

In February 2019, Thomas had apparently sent the Daily Mail an edited letter Meghan penned to him shortly after her wedding took place.

In the letter, Prince Harry’s wife said that her father’s actions had broken her heart “into a million pieces” not simply because Thomas has “manufactured such unnecessary and unwarranted pain, but by making the choice to not tell the truth as you are puppeteered in this.”

“So the week of the wedding, to hear about you having a heart attack through a tabloid was horrifying,” Markle reportedly wrote. “I called and texted…I begged you to accept help—we sent someone to your home…and instead of speaking to me to accept this or any help, you stopped answering your phone and chose to only speak to tabloids.”

The letter was published without Meghan’s consent, effectively leading to the Sussexes’ lawsuit against the Daily Mail’s publisher over a privacy breach.

After Meghan’s and Harry’s scandalous interview went on air, Thomas Markle, who previously described the couple as “lost souls” over their decision to step down as working royals, has hit at the Sussexes again. Speaking to Good Morning Britain, he called his son-in-law “snotty” and criticised Meghan for failing to forgive him:

“She made a statement saying she lost me - she didn't lose me, I would've always been there for her, I'm there for her now if she wants me,” Thomas said.

“We all make mistakes - but I’ve never played naked pool or dressed like Hitler like Harry did.”