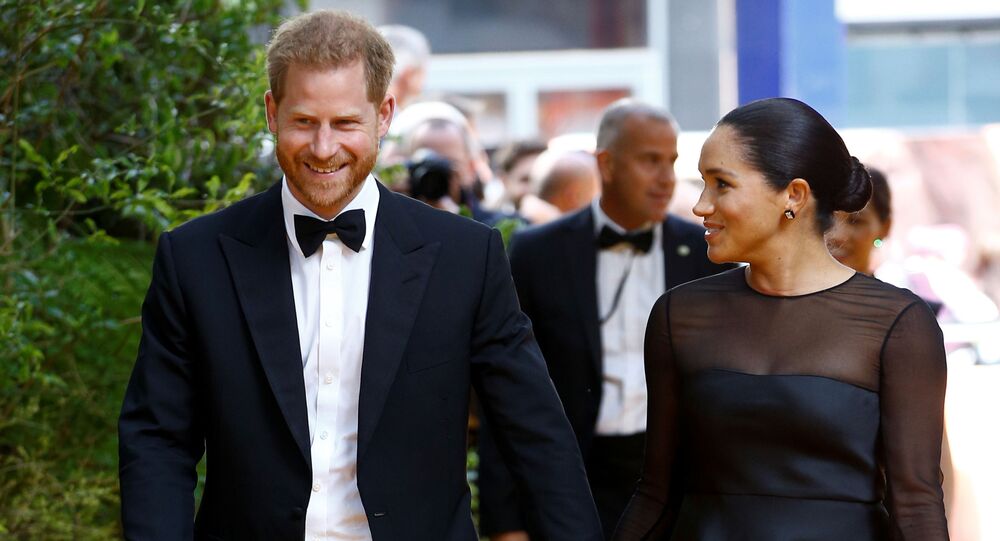 The Duchess of Sussex has lost the first round in her legal fight with  Associated Newspapers over alleged breached of privacy after the Mail on Sunday and Mail Online published excerpts from private correspondence between her and her estranged father, Thomas Markle.

On Friday, 1 May, Mr Justice Warby ruled against the Duchess and her husband, Prince Harry, who had claimed the newspaper had acted dishonestly.

​The judge ruled it was "irrelevant" and added: “Such issues are assessed objectively. The claimant’s arguments that motive and state of mind are among the circumstances to be considered are contrary to Campbell v MGN Ltd (the legal precedent involving supermodel Naomi Campbell).”

The Duchess, who was born Meghan Markle and made her name as an actress in her native United States, was outraged when the Mail on Sunday published an article in February 2019 under the headline: “Revealed, the letter showing true tragedy of Meghan’s rift with a father she says has ‘broken her heart into a million pieces’.”

At a hearing on 24 April Associated Newspapers' lawyer, Anthony White QC, had asked the judge to dismiss two aspects of the Duchess's claim - that the newspaper had acted with "dishonesty" and "malice" in the way it had edited the excerpts and that the publication of the letter excerpts should be considered in the light of nine other articles which were "generally unfavourable to the defendant as one of those tabloid newspapers which had been deliberately seeking to dig or stir up issues between her and her father."

But Mr Justice Warby said that by considering the nine allegedly false articles which the Duchess relied upon, there was a danger of the case "descending, unnecessarily, into 'uncontrolled and wide-ranging investigations akin to public inquiries'."

He added: "As a matter of principle, other articles or other conduct can in principle be relied on as 'rubbing salt in the wound', but that cannot be and is not said of these nine articles. The claimant’s case is that the articles sued upon are a distressing instance of a pattern of misconduct which also includes the nine other articles that have been sued upon."

It would be unwise to accept anything the Mail & allies say about today's #MeghanMarkle case rulings. A small part of the claim has been struck out, but the case against the newspaper on privacy and copyright remains strong, and that will not be tried for months.

​In his ruling Mr Justice Warby said: "Counsel for the claimant (the Duchess) has compared this case and the claim made by Prince Charles against the Mail on Sunday in 2008 over the publication of extracts from his travel journals, when the court granted the Prince summary judgment. Counsel submits that the private and confidential nature of the information in the letter is obvious and self-evident, and publication served no public interest, but rather the sole purpose of satisfying a curiosity about the claimant’s private life which the defendant itself had generated amongst its readership."

Duchess of Sussex v Associated Newspapers: I have attached the last paragraph of the judgment, which sums up Mr Justice Warby’s conclusions. I have emphasised what seems to me to be the most important sentence. pic.twitter.com/xcUrpEPk2D

​But he added: "It is right as a matter of discretion to strike the allegations out. They are not minor matters but serious allegations of wrongdoing which are partly implicit, unclear, lacking in particulars and likely to cause a significant increase in cost and complexity, the fact (if so) that the same matters are or might be relied on in aggravation damages does not affect that conclusion."

Schillings, the law firm representing the Duchess, said the ruling did not change "the core elements of this case" and added: "The Duchess's rights were violated, the legal boundaries around privacy were crossed."

​The Mail Online claimed the letters “revealed she is a ‘narcissistic showman whose self-control is wavering’.”

The judgment of Warby J in HRH The Duchess of Sussex v Associated Newspapers Limited is interesting from a privacy/data protection standpoint, but also interesting to see how very differently cases are pled in E&W: https://t.co/bEOb0c6Zko

​​Meghan Markle married Prince Harry in May 2018 and the couple had a son, Archie, last year but they have consistently complained about British tabloid media intrusion into their private lives and decided recently to move to the US and eschew their royal duties.

As part of the lawsuit she has launched against Associated Newspapers, the Duchess is demanding all copies of the letter she wrote to her father.

Associated Newspapers will also ask the H&M to pay their costs of in excess of £50k after H&M refused their offer to deal with the issue out of court to save the High Court having to set up an online hearing during the pandemic. MMs costs are said to have been £60k+

​In the hearing on 24 April Mr Sherborne said the Mail had "harassed and humiliated" Mr Markle, who is 75, and "exposed him as a royal scammer" and then manipulated "this vulnerable man" to get hold of the letter.

Mr White said there had been no dishonesty on the part of the journalist, Caroline Graham - the Mail on Sunday's US editor, and there was no proof anyone else at the Mail had acted dishonestly.