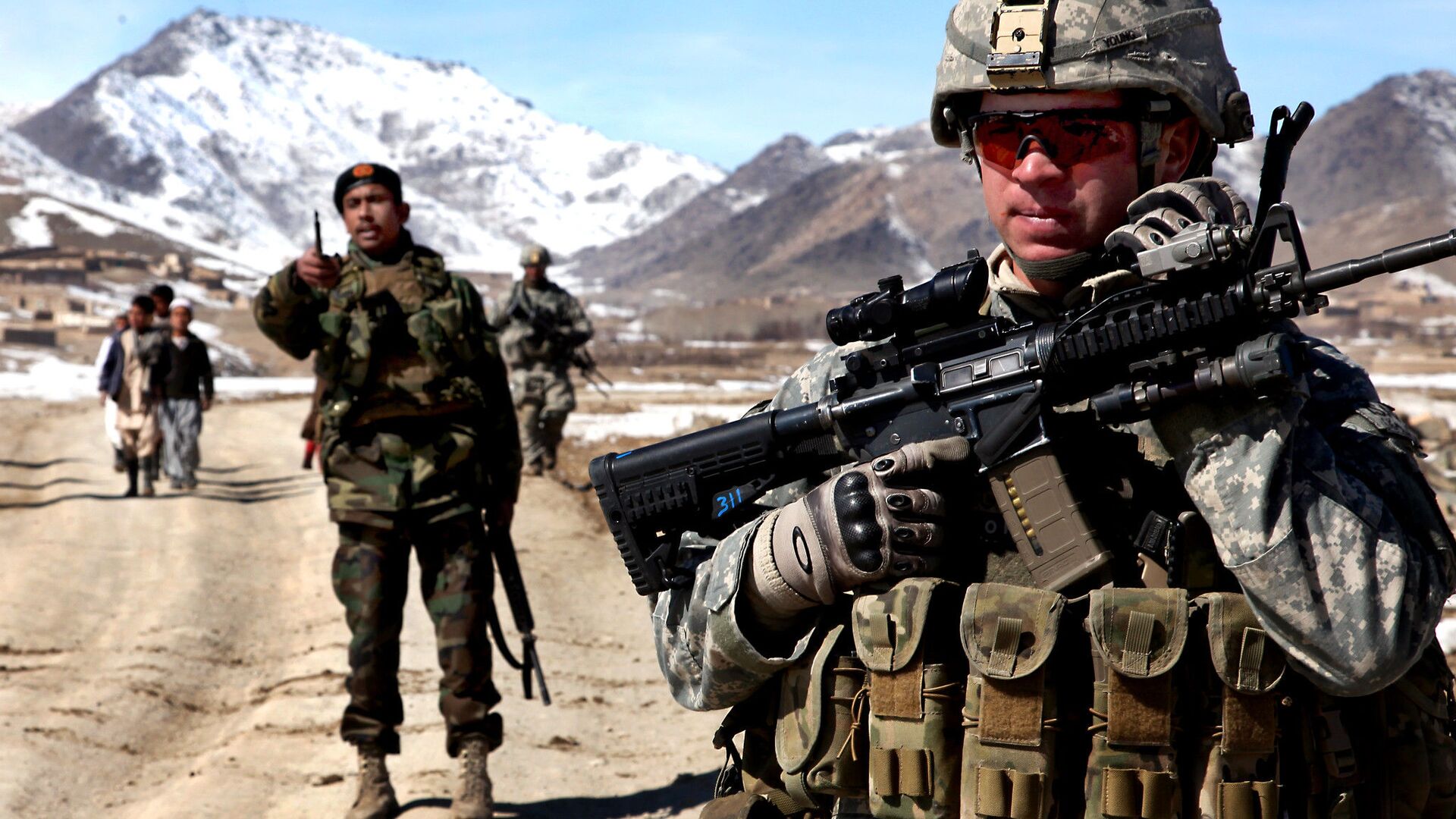 Ekaterina Blinova
All materialsWrite to the author
The Biden administration's hesitance over America's pull out from Afghanistan is unnerving the Taliban, which is urging the president to stick to the agreement concluded by the militant group and Donald Trump in February 2020. Meanwhile, an American watchdog has raised a red flag over the dollars wasted on Afghan reconstruction projects.

Joe Biden is considering keeping US troops in Afghanistan for another six months, NBC News reported on 18 March citing two people familiar with the matter. The anonymous sources specified that no decision has yet been made.

In accordance with the US-Taliban peace deal, negotiated by the Trump administration, the Pentagon initially agreed to pull out completely by 1 May 2021. On Friday, the Taliban* warned Washington against defying the deadline for the withdrawal. "It will be a kind of violation of the agreement," said Suhail Shaheen, a member of the Taliban negotiation team. "Their violation will have a reaction."

JUST IN: @SecDef made a surprise stop in Afghanistan today, his first as Pentagon chief, as @POTUS weighs a decision on whether to draw down US troops by May 1 — a deadline stipulated by the agreement he inherited from the Trump administration. pic.twitter.com/qUe4tlfrgs

​"President Biden faces critical decisions on whether to move forward with a complete withdrawal of US troops from Afghanistan, in America's longest war," wrote award-winning US journalist Sharyl Attkisson in her blog on Friday. "The determination is being made amid the continuing waste of massive amounts of US taxpayer dollars, as flagged in the newest report from the Special Inspector General tracking waste, fraud and abuse."

Earlier this month, the Special Inspector General for Afghanistan Reconstruction (SIGAR) found that of the nearly $7.8 billion in US capital assets in Afghanistan, about $2.4 billion had either been unused, abandoned, not used for their intended purposes, deteriorated, or destroyed since 2008.

The watchdog selected a sample of 60 projects for follow-up inspections. It turned out that "$723.8 million, or 91 percent of the total costs of the 60 assets, went toward assets that were unused or abandoned, were not used as intended, had deteriorated, were destroyed, or had some combination of the above." According to SIGAR, the most common reason why Afghan beneficiaries did not use or maintain the aforementioned assets was that "they lacked the resources or capabilities to do so."

"The fact that so many capital assets wound up not used, deteriorated or abandoned should have been a major cause of concern for the agencies financing these projects," Special Inspector General John F. Sopko said in a statement accompanying the findings.

The lion's share ($6.5 billion) of the capital assets in question was funded by the Pentagon; USAID provided $1.1 billion; and the Overseas Private Investment Corporation and the Department of State funnelled $84.8 million and $79 million to Afghanistan, respectively.

SIGAR's March 2021 findings prompted serious concern in the US Congress. On 16 March, Rep. Stephen F. Lynch, chairman of the Subcommittee on National Security, held a hearing to examine areas of US reconstruction activity red-flagged by SIGAR. According to Stars and Stripes, House lawmakers split during the debate on whether to withdraw completely or leave some "ears on the ground" to conduct oversight.

"I’ve come to believe that we need some boots on the ground to just protect ourselves," said Democratic Rep. Jackie Speier, adding that if it requires further spending, she would be okay with that.

GOP Rep. James Comer of Kentucky argued that he "really [did not] see a viable long-term strategy for the United States in Afghanistan and [that he] strongly supports withdrawing troops."

For his part, SIGAR chief John Sopko underscored that "achieving [the US] counterterrorism and reconstruction objectives depends on a strong, stable, democratic and self-reliant Afghanistan," adding that unfortunately their latest report revealed "in great detail" that the Central Asian state "is far from that reality and may be fighting for its very survival."

IG Sopko on reintegration: An Afghan peace agreement—a good thing in itself as well as a US policy objective—could entail massive economic, social, political & security disruptions as Afghan govt reintegrates ex-combatants from both sides into civil society

​Since the beginning of the Afghan campaign in 2001, US Congress appropriated more than $130 billion for reconstruction purposes. SIGAR was established in 2008 as the US government's leading oversight authority over the effort. It is not the first time that the watchdog has nailed substantial money wasting during Washington's longest military campaign.

*The Taliban is a terrorist organisation banned in Russia and many other countries.