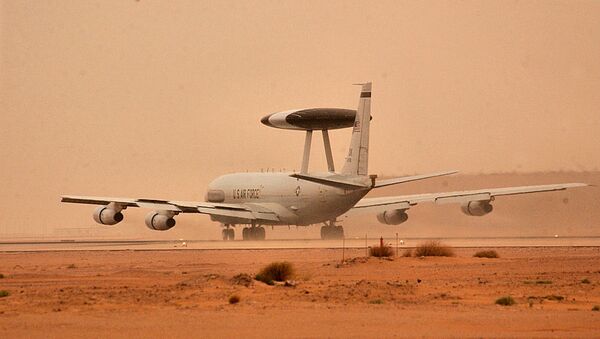 Morgan Artyukhina
All materialsWrite to the author
US troops have not been based on Saudi soil since shortly after the September 11, 2001, attacks, which al-Qaeda claimed were motivated in part by the presence of US forces in the Muslim holy land.

According to a report by the Wall Street Journal, the Pentagon is in talks with Riyadh to expand the former's global military footprint by turning three Saudi facilities into “dual use” bases.

Marine Gen. Frank McKenzie, the head of US Central Command, told the WSJ that the Pentagon was looking for “options” in case of a conflict with Iran, “and options are always a good thing for a commander to have.”

The three sites noted by McKenzie are the ports at Yanbu, on the Red Sea near Medina; King Fahd Air Base in Taif, east of Mecca; and King Faisal Air Base in Tabuk, about 65 miles south of the Saudi border with Israel.

While the US operated out of several Saudi bases in the 1980s and 1990s, they were pulled out of the country in 2003 after Saudi-born terrorist leader Osama bin Laden cited their presence close to the holy Muslim cities of Mecca and Medina as part of the reason al-Qaeda targeted the US. Some 2,500 US troops returned to Prince Sultan Air Base last February, however, reported to be on a ground-based and airborne air defense mission. 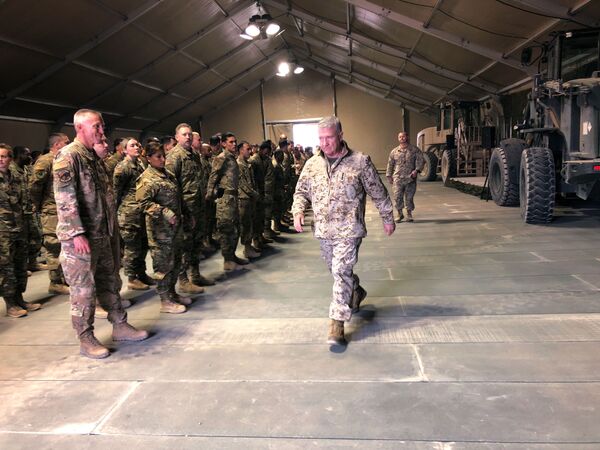 "These are prudent military planning measures that allow for temporary or conditional access of facilities in the event of a contingency, and are not provocative in any way, nor are they an expansion of the US footprint in the region, in general, or in the kingdom of Saudi Arabia, in particular," US Navy Captain Bill Urban, a spokesperson for Central Command, told the Associated Press.

McKenzie said the US has already tested loading and unloading cargo at Yanbu, a major petroleum exporting facility and the western terminus of an East-West crude oil pipeline running from Abqaiq.

Both the Abqaiq facility and the pipeline have been targets of the armed Houthi opposition faction in Yemen, against whom a Saudi-led coalition has been waging war since 2015. Urban said CENTCOM had been planning such contingencies since September 2019, when a swarm of suicide drones struck Abqaiq and al-Khourais, another petroleum facility in Saudi Arabia’s Eastern Province. The Houthis claimed responsibility for the attack, but the US pointed the finger at Iran.

Earlier on Tuesday, the administration of US President Joe Biden granted a one-month reprieve from sanctions barring transactions with the Houthis that were imposed earlier this month by outgoing Secretary of State Mike Pompeo. In a January 19 declaration, Pompeo designated the Houthis a terrorist organization in a move widely decried by human rights groups. As the Houthis control much of Yemen, including its most populated areas, getting food and medical aid to the Yemeni population became all but impossible due to the declaration.

Biden and several members of his foreign policy team have previously made clear their opposition to US support for the Saudi war in Yemen, which has killed at least 100,000 and imperiled millions with starvation, cholera, and other deadly conditions. While his Tuesday reprieve did not reverse Pompeo’s designation, the State Department under newly-minted secretary Antony Blinken has initiated a review of the designation.

Biden’s director of national intelligence, Avril Haines, has also made clear the president intends to declassify an intelligence dossier on the October 2018 murder of Saudi dissident journalist Jamal Khashoggi.

The expatriate writer and Riyadh insider was killed by a Saudi hit squad in the kingdom's consulate in Istanbul, Turkey, His body was then carved into small pieces to disguise the crime. While then-US President Donald Trump demurred on assigning blame for Khashoggi’s death, the Washington Post reported that the CIA has evidence that Crown Prince Mohammed bin Salman, the power behind the Saudi throne, was responsible for the assassination. 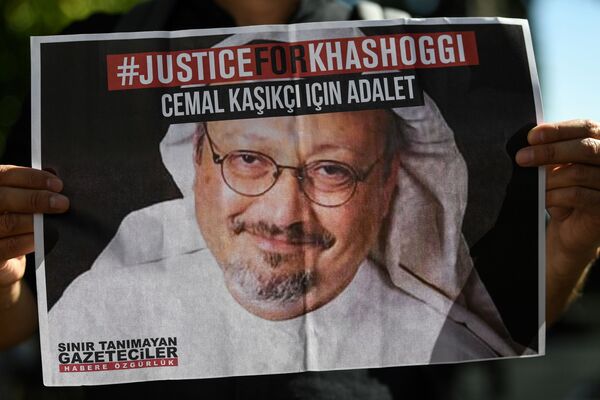 Friends of murdered Saudi journalist Jamal Khashoggi hold posters bearing his picture as they attend an event marking the second-year anniversary of his assassination in front of Saudi Arabia Istanbul Consulate, on October 2, 2020.
© AFP 2022 / OZAN KOSE

According to the Post, Trump was afraid of alienating Riyadh amid his administration’s 'maximum pressure' push against Iran, the kingdom’s most acute rival in the region. A separate investigation by professional representatives of the Saudi monarchy accused several close advisers of a conspiracy and five people were executed, but did not blame the crown prince.

The Biden administration seems to be attempting to patch things up with Tehran, with reports emerging on Friday that the Biden camp and the Iranian government have been in secret talks on a US return to the 2015 JCPOA nuclear deal for weeks. Trump unilaterally withdrew from the Iran nuclear deal in 2018, after claiming without evidence that Iran had been violating the treaty which bars the country from pursuing a nuclear weapons program or refining uranium above a certain quantity and quality in exchange for sanctions relief. When Trump withdrew, he reimposed sanctions, seriously damaging Iran's economy and hampering its ability to fight the COVID-19 pandemic.

On Tuesday, Iranian Foreign Minister Mohammad Javad Zarif said Tehran, which began publicly exceeding the deal’s restrictions earlier this month, would return to compliance if the US were to drop the sanctions imposed by Trump.

"If these problems are solved, then we will come back to comply fully” with the Joint Comprehensive Plan of Action, Zarif said at a press conference. “We will welcome the IAEA [International Atomic Energy Agency] inspectors just as the protocol says ... We will be ready to return to full compliance.”

Biden said last year he supports a return to the deal if Iran resumed compliance with the JCPOA.