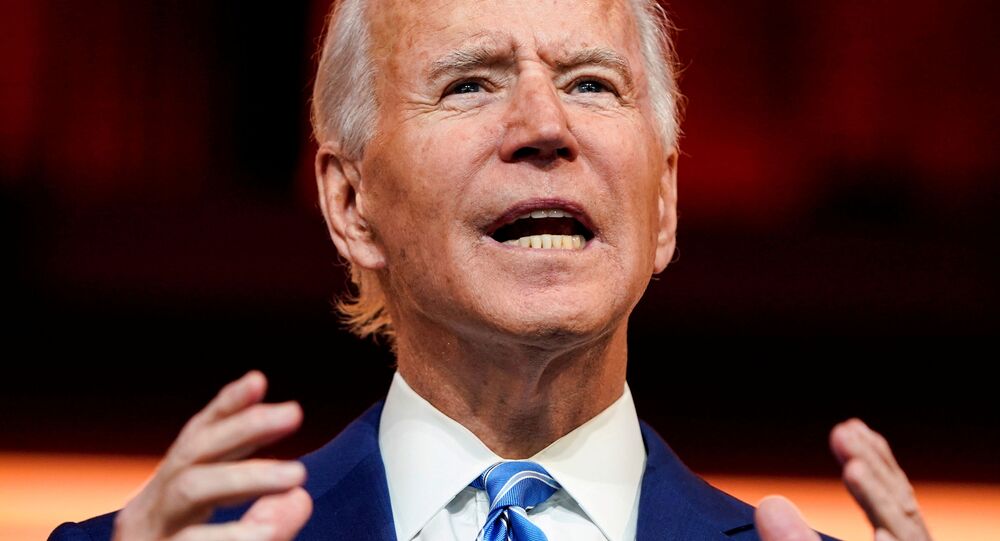 MOSCOW (Sputnik) - Joe Biden, the projected US president-elect, confirmed to the New York Times his intention to return the United States to the Iran nuclear deal during his tenure and hold follow-up negotiations if Tehran returns to strict compliance with the agreement.

"It's going to be hard, but yeah," Biden told the newspaper when asked whether he stood by his views on the Iran nuclear deal.

According to Biden, if Iran acquires a nuclear bomb, it will put enormous pressure on Saudi Arabia, Turkey, Egypt and other states to get nuclear weapons themselves.

"And the last goddamn thing we need in that part of the world is a buildup of nuclear capability ... in consultation with our allies and partners, we’re going to engage in negotiations and follow-on agreements to tighten and lengthen Iran’s nuclear constraints, as well as address the missile program," the politician said.

During his presidential campaign, Biden said he would rejoin the deal — abandoned by President Donald Trump's administration — "as a starting point for follow-on negotiations" if Tehran gave up the nuclear stockpile it has amassed in violation of the agreement and return to full compliance.

Iran, on the other hand, said the US must first return to its international commitments before further discussions. Biden also expressed a readiness to lift the sanctions that Trump imposed on Iran.

The deal was dubbed one of the biggest diplomatic achievements of former US President Barack Obama's administration, of which Biden was vice president. In 2018, Trump abandoned the landmark deal and implemented hard-line policies against Tehran. Since Trump's decision to leave the JCPOA, tensions between the US and Iran have escalated, with Iran announcing that it would no longer follow the 2015 nuclear deal.