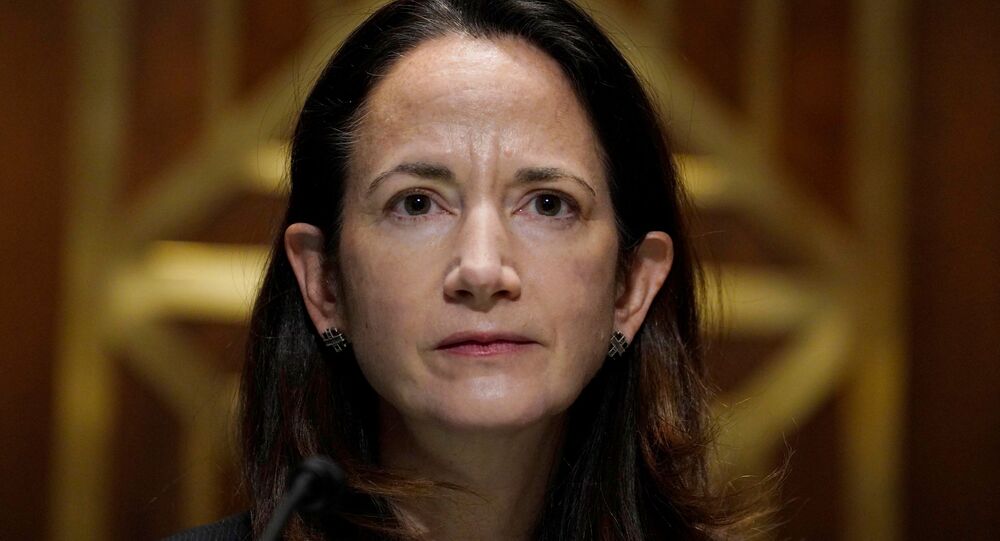 US President Joe Biden's new administration is expected to soon declassify and release key documents related to the 2018 murder of Saudi dissident journalist Jamal Khashoggi by agents of the Saudi monarchy.

Just hours after the beginning of Biden's administration, the Senate voted to confirm Haines as Director of National Intelligence (DNI).

A former deputy director of the Central Intelligence Agency, Haines has also served as Deputy Counsel to the President for National Security Affairs, both of which she performed under former US President Barack Obama. She is the first woman to become DNI, a Cabinet-level position created in 2004 to oversee the National Intelligence Program and the United States' 17 different intelligence agencies.

Just a few hours earlier, Biden temporarily appointed Lora Shiao to head the office of the DNI until Haines could be confirmed or rejected by the Senate.

In her capacity on the National Security Council, Haines worked closely with agency director John Brennan to construct the legal framework underpinning the Obama administration's policy on extrajudicial drone strikes. Former CIA agent-turned whistleblower John Kiriakou told Democracy Now! that Haines needs to explain "what her role was exactly in the redaction of the Senate Intelligence Committee’s torture report," which was never released except for a heavily redacted executive summary published in 2014.

Haines has also been criticized for her consulting work with Palantir, a data mining company that helped US Immigration and Customs Enforcement (ICE) to track down undocumented immigrants during the administration of former US President Donald Trump.

Questions have also been raised about her employment at WestExec Advisors, a secretive consulting firm believed to provide services to Pentagon contractors that was founded by Antony Blinken, Biden's nominee to be US Secretary of State, and Michele Flournoy, who Biden seriously considered as his nominee for US Secretary of Defense.

Haines said earlier this week during her confirmation hearing that soon after becoming president, Biden would declassify an intelligence dossier on Khashoggi's October 2018 murder at the Saudi consulate in Istanbul, Turkey. She told Sen. Ron Wyden (D-OR) her office would "absolutely" release an unclassified report on who was behind the murder.

The outgoing Trump administration repeatedly demurred when it came to assigning responsibility for Khashoggi's death, but the Washington Post reported in late 2018 that the CIA was ready to point the finger at Crown Prince Mohammed bin Salman, the power behind the Saudi throne, but Trump was afraid to alienate Riyadh amid his administration's "maximum pressure" push against Iran. A separate probe by the Saudi government led to the trials and executions of five persons and a sweeping round of firings of high-level Saudi officials in 2019, but found the killing was carried out by rogue elements in the Saudi government, not at the Crown Prince's direction.