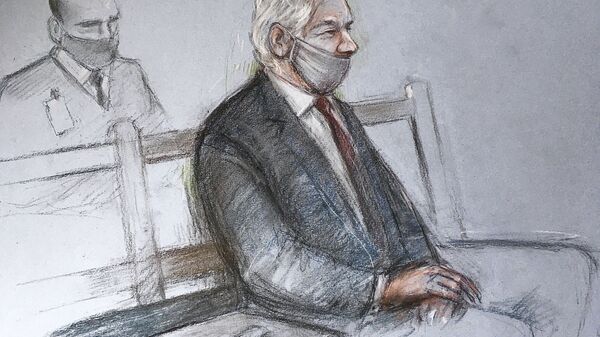 Mohamed Elmaazi
All materialsWrite to the author
Judge Baraitser has repeatedly refused to grant the WikiLeaks publisher bail, declined to intervene with prison authorities to improve Assange's access to his legal team and case files, and failed to address his alleged mistreatment at the hands of prison officials.

Judge Vanessa Baraitser has refused to grant Julian Assange bail, whilst sitting at Westminster Magistrates' Court on 6 January 2021. The request was denied on the grounds that the Australian publisher had previously violated prior bail conditions in 2012.

The editor of the whistleblower website WikiLeaks said that he was "disappointed" by the judge's decision, adding that the public should expect Assange's bail denial to be overturned.

The WikiLeaks publisher has spent 15 months in Belmarsh maximum security prison purely on the basis of pre-trial detention, as he challenged his extradition to the US on charges of espionage related to his role in obtaining and publishing classified documents, which revealed, among other things, war crimes committed by US forces.

The decision to refuse to grant bail follows Judge Baraitser's refusal to extradite Assange to the United States to stand trial on espionage-related charges, on the grounds that she was convinced that there was an insurmountable risk that he would commit suicide, should he be subjected to the US prison system, both pre-trial and post-trial, should he be convicted. Her judgement was nonetheless heavily criticised for casting "a shadow over investigative journalism" worldwide. 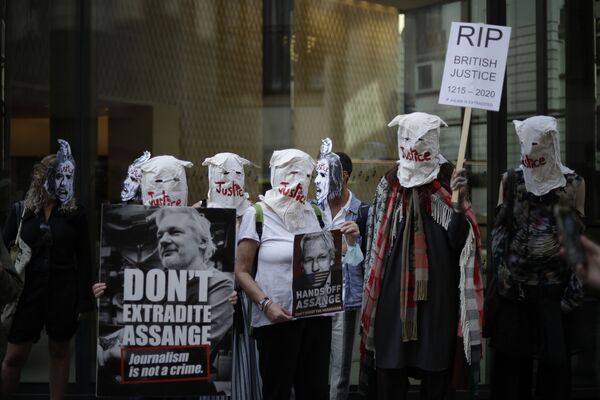 Judge Baraitser based her decision on the fact that the US government was appealing her refusal to grant extradition to Assange. She said that she was satisfied that there were "substantial grounds for believing" that Assange would still seek to abscond and could make use of a "vast" support network to do so.

The US government, represented by Clair Dobbin, argued strongly against granting the co-founder of Wikileaks bail, higlighting that the "appeal would be frustrated if Mr. Assange was not remanded into custody”.

Ms Dobbin also detailed Assange's role in helping NSA whistleblower Edward Snowden "escape justice" by assisting him in avoiding the arrest by the US, a claim which Judge Baraitser cited in her judgement, refusing to extradite the publisher. The prosecution has also stressed that they planned on appealing the judge's decision to refuse to extradite on the basis that she applied an exceptionally stringent test regarding the risk of suicide.

"As far as Mr Assange is concerned this case has not yet been won" the judge says. The outcome of the US government's appeal is "not yet known" Judge Baraitser says arguing that Mr Assange "still has an incentive to abscond". The US must be allowed to appeal, she says.

​In arguments for the defence, Edward Fitzgerald QC said that there should now be a presumption in favour of bail now that the extradition request was discharged. He also pointed out that the offer for asylum from the Mexican president was misquoted and conditional upon discussions with the UK government.

Defence, represented by Ed Fitzgerald QC, has started "the presumption for bail should now prevail" and the grounds for refusing no longer apply because "your decision changes everything" and any "motive to abscond".

It is "utterly irrelevant" how many grounds he was discharged under, Fitzgerald says. “[T]he outcome was the order for his discharge. The natural and logical consequence of this ruling is that he gains his liberty” at least based upon conditions.

"The court has given a decision, and the decision was that he was discharged from the [extradition] request" and that's the basis upon which Assange should be "granted his liberty" even if conditional, Fitzgerald QC says for the defence.

The first bail application was made in 2019, after Assange completed his sentence for absconding whilst on bail when sought and obtained asylum the Ecuadorian embassy. His 50-week sentence, nearly the maximum, was criticised at the time for being disproportionate and for ignoring the internationally protected right to seek and attain asylum.

Assange Extradition Ruling Strikes Blow to US, Yet No Victory for Free Press, Experts Say
A second request for the bail was refused by Judge Baraitser in March 2020, despite medical evidence that Assange was at risk of contracting a more severe form of the coronavirus disease 2019 (COVID-19). The judge defended her decision on the basis that prison authorities would look out for the inmates. She also pointed out she could not be satisfied that Assange would not attempt to abscond while on bail, despite the fact that he would be staying with his fiancé Stella Moris and their two children.

Since taking over Assange's case, Judge Baraitser has refused to intervene in any way regarding the WikiLeaks co-founder's conditions in prison.

Assange's legal team repeatedly said they were prevented from accessing their client, and that their client was being denied proper access to his legal papers. Lawyers also said that, in a single day, Assange was handcuffed 11 times, strip-searched twice and had his legal papers confiscated from him.

Midway through December, Stella Moris tweeted out that her fiancé remained deprived of any warm clothes despite the freezing temperatures.

Julian still hasn't been given his warm clothes. The prison gave him two blankets, but it's not enough to keep the cold out. His window is permanently boarded up with books for insulation. It's still freezing at night.#FreeAssangeNOW#Assange#PardonAssange@realDonaldTrump pic.twitter.com/GAqMpM4zCl 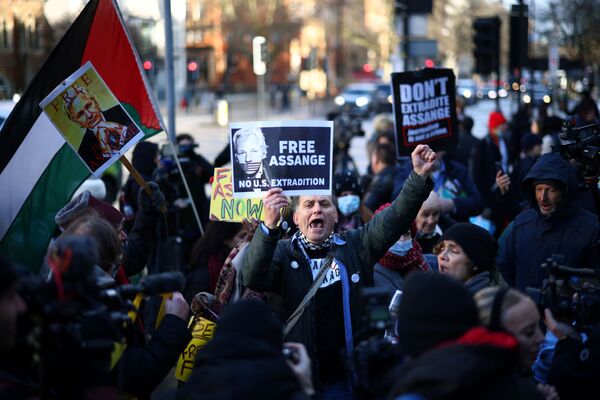 Doctors for Assange, a collection of physicians from around the world, repeatedly called for the embattled publisher to be released from prison so that he could received proper medical treatment and avoid the risks posed by COVID-19 at a time when prisoners were released early all around the world, including, to a limited extent, in the UK.

The US government has signalled that it plans on appealing Judge Baraitser's decision to refuse to extradite Assange.