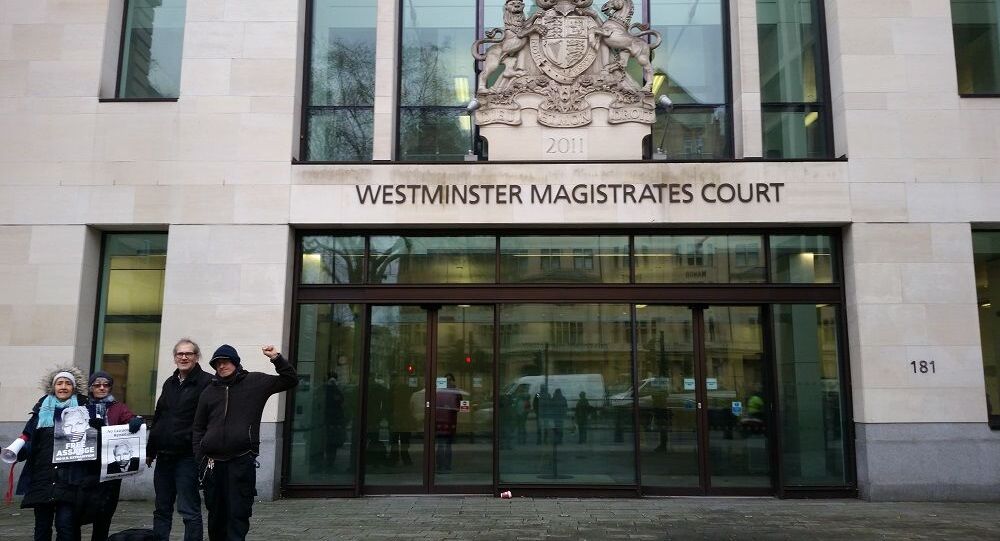 Lawyers for the WikiLeaks publisher say that prison authorities are preventing Julian Assange from preparing for his case by denying him proper access to case files and lawyers.

A judge at Westminster Magistrates Court today dismissed an emergency application made by Julian Assange’s lawyer asking her to instruct prison authorities to give Assange proper access to his case file, despite being provided with precedent of another judge doing exactly that.

District Judge Vanessa Baraitser was unmoved by Gareth Peirce's submissions that Assange is not able to properly prepare for his case.  Peirce, a veteran human rights lawyer, provided the court with precedent of a judge from the Central Criminal Court of England and Wales (aka the ‘Old Bailey’) who recently intervened with prison authorities to ensure an imprisoned defendant had better access to his lawyers and case file.

At the last administrative hearing, on 18 November, Judge Baraitser dismissed concerns raised by Peirce over the unsuitability of the computer equipment which was provided to the WikiLeaks publisher, which he only received “after months of battle.” At that hearing Baraitser said that she had, "no jurisdiction over the conditions over which he is held.”

Despite hearing of this new precedent which Assange's lawyer said meant that Judge Baraitser could intervene with prison authorities, the Judge said the most she would do would be to state in open court that "it would be very helpful if” Assange was provided proper access to his lawyers and his case file.

Peircecontrasted what Judge Baraitser is prepared to do with the Old Bailey judge who “is on the phone to [Belmarsh] prison saying ‘do it’”.

Peirce: Assange is Being Denied the Ability to Properly Prepare for His Case

The case summary, which will be submitted by Assange’s legal team to the Court on 19 December, is a “dense document” with “potentially 20 witnesses” and “recently acquired evidence”, his lawyer said. “Mr Assange has not had the chance to review the summary let alone other evidence” Peirce told the court, noting that “to do it we would need proper time.”

“The logistics are unfortunately not achievable, Mr Assange is not being given what he needed and we are doing our utmost,” Peirce told Judge Baraitser.

But the Judge appeared to play down the significance of the case summary by asking Peirce whether she, “would agree that it is perhaps less important that that information is gone through in any detail [by Assange] because it is a preliminary summary which we wouldn’t hold you to?” Peirce pushed back telling the court that the summary was “extremely detailed” and is the product of “intense consultation and conferences with counsel” and which is “predicated on underlying evidence which Mr Assange has not reviewed.”

Peirce said that 18 December “is the only day Belmarsh [prison authorities] have given for a visit which puts in jeopardy the [case] timetable.” She proceeded to emphasise that the document “isn’t a standalone document, it’s a document to inform the court so that it can carry out its objective on case management.”

Baraitser repeated that she would only go as far as to note her “clear statement” that it would be “very helpful” if prison authorities ensured Assange had access to what he needed.

On 13 September Judge Baraitser ruled that Assange must remain in prison despite his sentence for absconding while on bail expiring on 22 September and on 21 October she denied his lawyer’s request for extra time for Assange to prepare for his case.

Assange is battling extradition to the US where he faces an 18-count indictment over his role in publishing classified documents revealing alleged war crimes perpetrated by US forces in Iraq and Afghanistan.