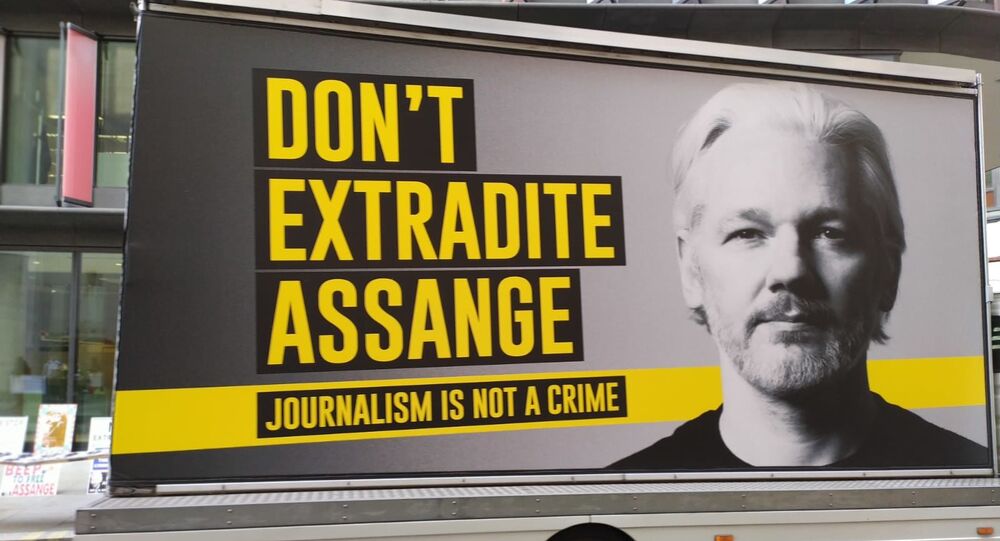 GENEVA (Sputnik) - Julian Assange, the founder of the WikiLeaks website, should be immediately released from the Belmarsh high-security prison amid a COVID-19 outbreak in the UK facility, UN Special Rapporteur for Torture Nils Melzer said on Tuesday.

"Prison decongestion measures seen around the world in response to COVID-19 should be extended to all inmates whose imprisonment is not absolutely necessary," the expert said, adding that "alternative non-custodial measures" should be applied to the WikiLeaks founder given his poor health condition.

Assange is currently in Belmarsh pending extradition to the United States on charges of espionage potentially punishable by a 175-year prison term. According to media reports, 65 inmates out of approximately 160 tested positive for COVID-19. Melzer called for Assange’s immediate release or transfer to house arrest as he is detained "for exclusively preventative purposes." The rapporteur mentioned that the UK initially arrested the WikiLeaks founder in connection with Sweden’s warrant on sexual misconduct allegations but charges have since been formally dropped.

The US Department of Justice is seeking the extradition of the WikiLeaks founder on 17 espionage charges and on one count of computer misuse for the publication of classified information on the US wars in Iraq and Afghanistan and thousands of US diplomatic cables between 2010 and 2011. Judgment on his extradition will be handed down on January 4, 2021, but depending on the outcome, it is possible that the case will go before several UK courts before it is concluded.