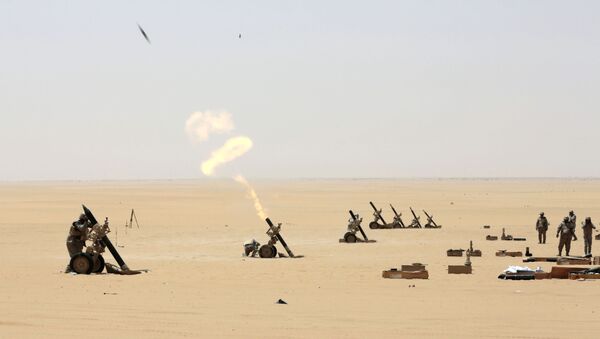 Igor Kuznetsov
All materials
Danish pensioners' savings are indirectly involved in the supply of weapons to the UAE and Saudi Arabia – two countries heavily involved in the conflict in Yemen that the UN has designated as the worst current humanitarian crisis in the world.

One of the 21 companies where Oxfam IBIS found Danish pension money is the US missile manufacturer Raytheon.

Industriens Pension said it didn't invest in companies that produce so-called unconventional weapons, such as landmines and cluster munitions, and Raytheon fulfills it demands list. Nevertheless, it assured that it "follows the situation in Yemen very closely".

Oxfam IBIS has called for action from the Danish pension companies.

"These companies market themselves on a large scale on ethical and sustainable investments. And yet they are investing billions of kroner in companies selling equipment for the world's worst disaster, the war in Yemen. I don't believe that Danish pension customers should have their money invested in that kind of thing, and I personally can easily live without profit on that kind of export", Kristian Weise told TV2.

Jan Hansen, Deputy Director of the trade organisation Insurance and Pension, emphasised that a pension firm can, through its co-ownership of a company, enter into a dialogue with the management or use its voting right at a general meeting to make the company, for example, refrain from exporting to Saudi Arabia.

"If the companies don't change their ways, the pension company may consider selling its shares", Jan Hansen said.

In May, TV2 and watchdog Danwatch revealed the Danish company Terma's exports of military equipment to the warring parties in Yemen. Following the report, the Ministry of Trade and Industry reported Terma to the police.

"My line is very clear: weapons and military equipment should not be exported to either Saudi Arabia or the United Arab Emirates from Denmark, as long as the products in question risk being used in the Yemen conflict", said Foreign Minister Jeppe Kofod at the time.

Denmark halted its military exports to the two countries in 2018 because it considers them to be primarily responsible for what the UN calls the world's worst humanitarian disaster. Since 2015, nearly 230,000 have died as a result of the war in Yemen between the Saudi- and UAE-led coalition and the local Houthi rebel movement.

"What is happening in Yemen is a disaster, and all our pension money is being invested in companies that make money selling gunpowder, bullets, and other equipment needed to continue the war", said Oxfam IBIS Secretary General Kristian Weise. "It must be stopped because, as it is now, several million Danish pension customers are helping to keep the war in Yemen running, and I think that very few Danes actually want to have their pension remunerated by contributing to war and murder in Yemen", he continued.

It is estimated that 80 percent of Yemen's 28 million inhabitants are now in desperate need of emergency aid. Widespread starvation and a dire lack of medical resources led the UN to refer to it as the worst humanitarian crisis in the world.