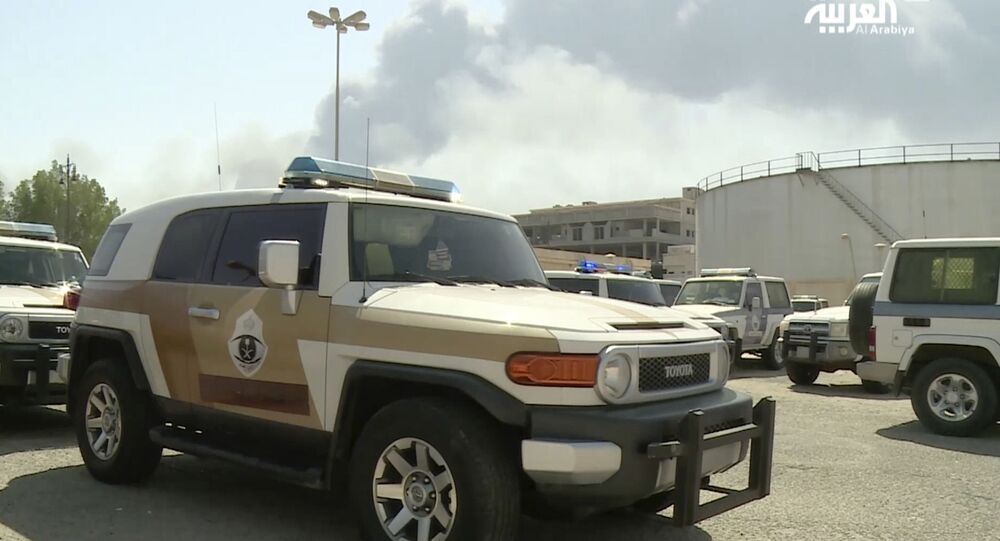 The Saudi-led coalition fighting in Yemen stated on Friday that it had intercepted and destroyed a drone filled with explosives launched by the armed Houthi movement, toward the Saudi kingdom, Saudi state TV reported.

Brigadier General Turki Al-Maliki, a spokesman for the coalition forces' "Coalition to Support Legitimacy in Yemen" said in a statement released on Friday by the Saudi Press Agency (SPA) that coalition forces successfully intercepted and destroyed a drone launched by armed Houthi militants which was targeting civilian objects and non-combatants in the southern region of the kingdom.

The statement did not provide information on damage or casualties.

In 2015, the Saudi-led coalition came into the conflict between the Yemen government and armed forces of the Hothi political opposition faction. Since that time, at the request of Yemen's exiled president, Abdrabbuh Mansour Hadi, Riyadh has been carrying out military operations against Houthi militia.

The last reported incident involving the interception and the subsequent destroying of Houthi's drone occured on 18 November.