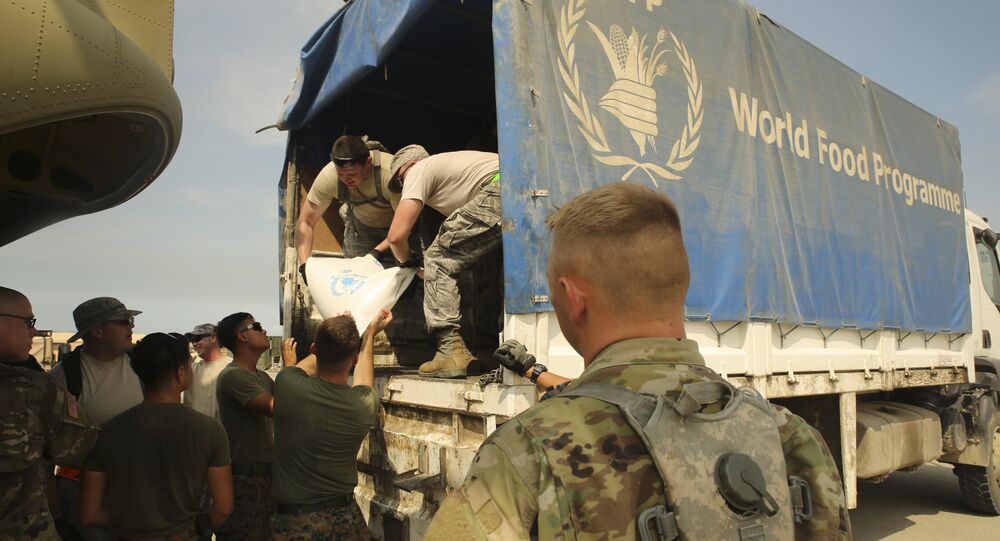 While disrupting people’s lives across the world, the coronavirus pandemic has decimated livelihoods by plunging the global economy into decline, with jobs lost and poverty expected to rise. A record 235 million people will need humanitarian assistance and protection next year, the UN projected earlier this week.

Top UN officials have warned that the year 2021 is shaping up to be fraught with “catastrophic” humanitarian crises, reported Reuters.

Addressing the 193-member UN General Assembly on Friday during a special meeting on COVID-19, World Food Programme (WFP) chief David Beasley and World Health Organisation (WHO) head Tedros Adhanom Ghebreyesus offered a dire forecast for the coming months against the continuing COVID pandemic, that has infected 65 million globally so far.

WFP chief David Beasley warned that despite efforts to curb the spread of the pandemic and mitigate the economic fallout from the health crisis, approximately 270 million people are currently “marching toward starvation” and suggested that for some countries, famine is “around the horizon”.

“2021 is literally going to be catastrophic based on what we’re seeing at this stage of the game.” said Beasley.

He added that next year was likely to be “the worst humanitarian crisis year since the beginning of the United Nations” 75 years ago.

The official emphasised that “we’re not going to be able to fund everything ... so we have to prioritise, as I say, the icebergs in front of the Titanic.”

According to Beasley, both the pandemic itself and the lockdown policies adopted by governments were fuelling the current trends, acknowledging that the “cure could be worse than the disease because of the economic ripple effect”.

The WFP chief also singled out the “man-made conflicts”, such as ongoing wars in Syria, Yemen, and South Sudan, as having impacted the situation.

“We’ve got to end some of these wars. We’ve got to bring these wars to an end, so we can achieve the sustainable development goals that we so desire,” he said.

Touting the importance of emerging coronavirus vaccines, coupled with fiscal efforts to mitigate the crippling effect of the global health crisis, Beasley said:

“If we’re strategic and put the funds to these particular icebergs before us, I believe that we can get through 2021, while we work with the vaccines and rebuild the economies.”

Earlier, in August, the WFP head had warned that the number of people facing malnutrition could spike by 80 percent by the end of the year.

A UNICEF forecast in May suggested that in 118 low and middle-income nations, 1.2 million children under the age of five could die in the following six months “due to lockdowns, curfews and transport disruptions”.

We are working for you.

For the healthcare workers, who continue to work tirelessly on the frontline.

For the people battling the effects of the COVID-19 disease.

And for the families around the world, who are grieving the loss of their loved ones.#UNGASS. pic.twitter.com/FPmmqBvfm4

​The vaccine issue was similarly addressed by World Health Organisation (WHO) head Tedros Adhanom Ghebreyesus, as he appealed for an injection of $4.3 billion into a global inoculation-sharing programme.

“We simply cannot accept a world in which the poor and marginalised are trampled by the rich and powerful in the stampede for vaccines. This is a global crisis and the solutions must be shared equitably as global public goods,” Tedros told the UN General Assembly.

Earlier, the United Nation's Office for the Coordination of Humanitarian Affairs (OCHA) hosted a virtual global launch of the Global Humanitarian Overview 2021 on Tuesday, 1 December 2020.

In the face of #COVID19 we've seen exceptional acts of kindness & solidarity. But we cannot stop. Humanitarians expect needs to remain high in 2021.

📢 Stay tuned for the launch of our Global Humanitarian Overview on 1 December. #InvestInHumanityhttps://t.co/O5kaHySnxB pic.twitter.com/bU2cVboEQH

​According to its published overview of the current state and future trends in humanitarian action, a record 235 million people will require humanitarian assistance and protection next year.

The projected estimate represents a 40 percent increase on 2020 which is “almost entirely from COVID-19”, according to the UN Under-Secretary-General for Humanitarian Affairs and Emergency Relief Coordinator, Mark Lowcock.