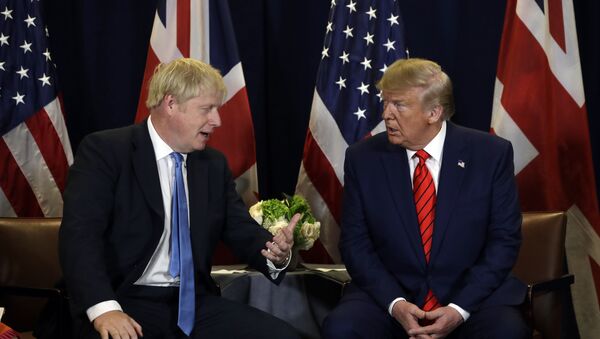 Oleg Burunov
All materialsWrite to the author
In late July, the Financial Times cited an unnamed source as saying that there is no chance London will sign a trade agreement with Washington before the 3 November US presidential election or even by the end of 2020.

US Commerce Secretary Wilbur Ross told The Telegraph that there are no "unsurmountable" issues related to trade talks between London and Washington, which he said are progressing well.

Ross stressed that he had "very little doubt" that both sides would finally sign a trade deal, which he said may be concluded next year if President Donald Trump wins the 3 November election.

He added that there were no issues prompting each of the negotiating teams to say, "I'm putting down my pencil", even though the sides are still at odds over agricultural standards pertaining to the deal after four rounds of talks. 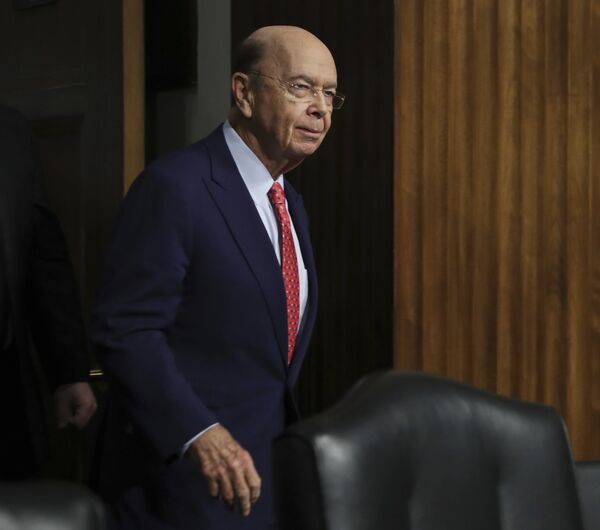 The secretary also warned that if Democratic nominee Joe Biden prevails in the US presidential elections, "[…] that would be a very major setback in the timing and perhaps in the substance" of the bilateral trade agreement.

"Ambassador [Robert] Lighthizer [the US Trade Representative] and I and others feel it's not so likely that we'll have a deal by the end of December. But as to whether we will get a deal, I have very little doubt. The important thing isn't what day it gets signed. […] The important thing is we're on the right track, […] and therefore directionally we're in a good place", Ross underscored.

London and Washington have been negotiating a separate trade deal since the start of the year, following the UK's departure from the European Union. Britain has not concluded any bilateral trade agreements for the last 40 years while within the bloc and it has been struggling to negotiate one with its NATO partner, amid disagreements over food standards and allowing American agricultural products into the UK.

Separately in the interview, Ross touched upon the current US travel ban, which, in particular, prevents British citizens from entering America amid the COVID-19 pandemic. 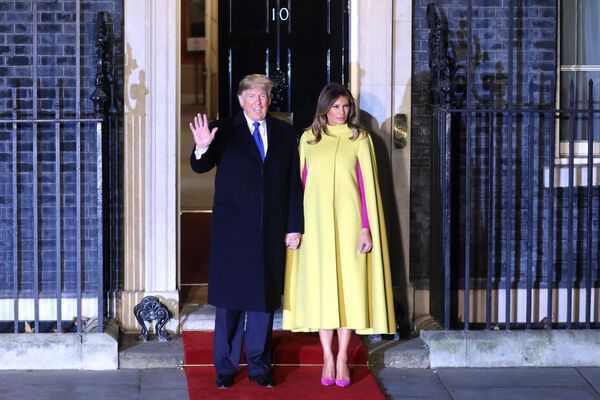 He called on airlines to briefly test people before boarding, when asked if Britons could hope for the ban to end this year.

"That would go a long, long way in solving two problems. One, in solving the need for a travel ban. And second, in terms of giving people, individuals, the confidence to fly", he pointed out.

Ross also focused on the UK's so-called "tech giants tax", suggesting that the rules of global taxation should be agreed multilaterally rather that only target the US.

"Approaching it with a razor-sharp focus on one industrial segment, and it happens to be one that is very dominated by the US, that's unfair, that's unconscionable, we have objected to it and we will continue to", he stressed.

Last year, the British government revealed plans to introduce a 2% tax starting in April 2020 on the revenues of companies like Amazon, Google, and Facebook, making money on UK users.

Additionally, Ross dwelt on what he described as the "excellent" relationship between President Trump and UK Prime Minister Boris Johnson.

"I think personality-wise Boris Johnson and the president have more similarities to each other than let's say either one did to Mrs [Theresa] May", the secretary said, referring to the former British PM.

Ross described Trump and Johnson as individuals who are "willing to take some risks on trade", adding that the two men also "shared this common hardship of having come down with" COVID-19.

Tory Peer Warns Not to Sell Food Production ‘Down the River’ as UK, US at Impasse Over Trade Deal
"And there's nothing that binds two people together more than experiencing common hardship", the secretary noted.

In this vein, he touted Trump as a person with "a very strong constitution", pointing to the president's "incredible" campaign work schedule.

"He's got more energy at age 74 than most people do at age 40. So if there was ever a strong vitality to be overcoming an infection like the coronavirus he's got it", Ross stressed.

POTUS was discharged from the Walter Reed Medical Centre  on Monday after he announced last Friday that he and First Lady Melania Trump had caught the coronavirus.