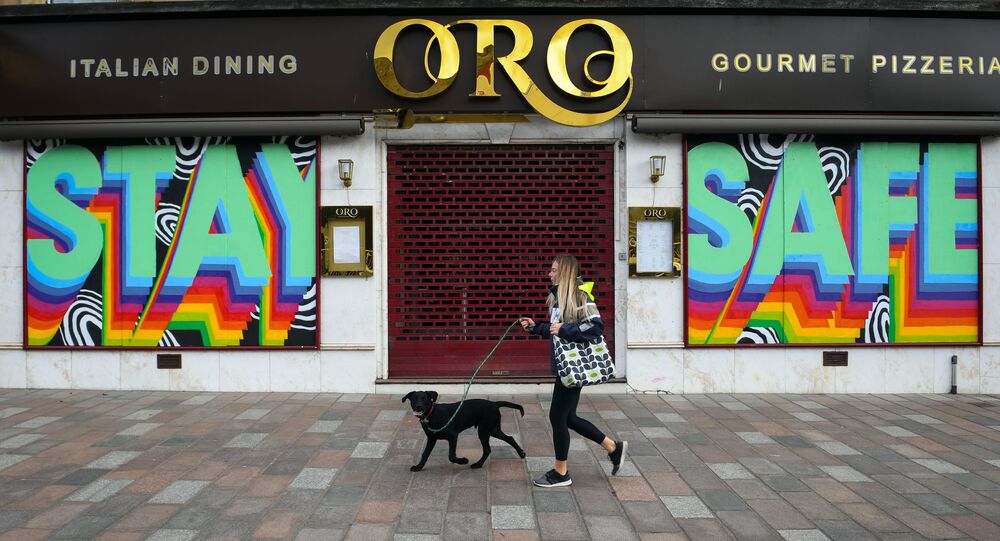 On Wednesday, First Minister of Scotland Nicola Sturgeon announced that pubs and restaurants would close in five areas in the central belt of the country for 16 days from 9 October to stop the number of COVID-19-infected people from rising.

The newspaper cited former Northern Powerhouse minister Jake Berry as claiming during an address in the Commons that Johnson is falling into the "fatal trap of making national decisions on a London-centric view with London-centric data".

"The Scottish proposals on effectively banning alcohol consumption represent a new low in COVID restrictions. If people can't have a drink to get through this crisis, then what can they do? It would be an act of economic suicide for England to follow this path", Berry argued.

The viewpoint was shared by James Ramsbotham, chief of the North East Chamber of Commerce, who insisted that "retail and hospitality absolutely rely on the three months to Christmas to see them through the next nine months of trading" and that "killing their trade at this time of year will have a huge impact".

Former Conservative Party leader Iain Duncan Smith, for his part, warned that if Prime Minister Johnson follows Scotland's path, there will be a major Tory rebellion.

"There is no evidence that this works. Absolutely none. What there is evidence for is this will cripple the economy and lead to more deaths, as has already been demonstrated, from non-COVID issues. It is time to get some balance and save our economy", Smith underlined.

The remarks followed Health Secretary Matt Hancock making it clear that hospitality venues in northern England may be shut down as he told business leaders that the latest data on sources of infection were "not good news" for them.

He spoke after Scottish First Minister Nicola Sturgeon on Wednesday announced that pubs and restaurants in the country's central regions would be closed as part of stricter COVID-19 lockdown restrictions.

"These new restrictions will last for 16 days. They are intended to be short, sharp action to arrest a worrying increase in infection. However, although they are temporary, they are needed. Without them, there is a risk the virus will be out of control by the end of this month. But with them, we hope to slow its spread. That will help to keep schools and businesses open over the winter. And it will save lives", she pointed out.

The Telegraph has, meanwhile, reported that Johnson may announce new local lockdowns before this weekend and that they would be related to certain areas, including Nottingham, where the infection rate skyrocketed from 59 cases per 100,000 to 382 in a week.

© REUTERS / HOC/JESSICA TAYLOR
COVID-19: Boris Johnson Admits UK Government 'Cannot Save Every Job' at Risk from End of Furlough
Last month, Johnson admitted that Britain was "now seeing a second wave coming in", expressing concern that the public has been ignoring rules on social gatherings, such as the recently announced "rule of six".

He insisted that a second national lockdown was the "last thing anybody wants", but added that the current measures would need to be kept "under review".

As of Wednesday, the number of confirmed coronavirus cases in the UK had increased to 530,117, with 42,445 fatalities, according to the World Health Organisation's latest estimates.