Does Abraham Accord Mark a Middle Eastern Paradigm Shift or is It Gulf States' Short-Term Strategy? 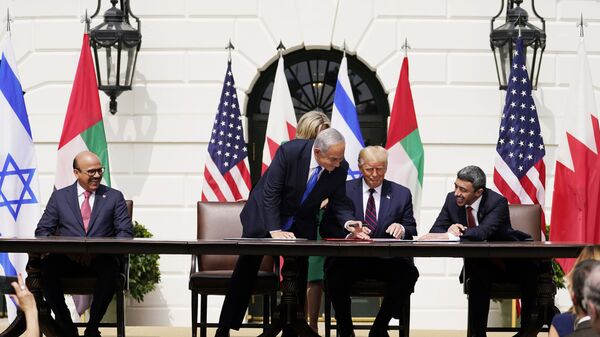 The UAE and Bahrain have become the third and fourth Arab nations to reconcile with Israel: on 13 August, Abu Dhabi confirmed its willingness to normalise relations with the Jewish state, while on 11 September, Manama jumped on the bandwagon. International observers have discussed how the agreements may affect the balance of power in the region.

On Tuesday, two Gulf monarchies, the United Arab Emirates (UAE) and Bahrain, are due to sign the Abraham Accord, a formal peace treaty with Israel, at the White House. US President Donald Trump, who brokered the deal, will preside over the signing ceremony.

Abraham Accord Presents a New Alternative for the Region

"The agreement is very significant", says Dr Nir Boms, a research fellow at the Moshe Dayan Centre at Tel Aviv University. "I think it will be deeper than the previous agreements in comparison with what we have with Egypt or Jordan. It will be deeper because it's not just a political agreement - it's an agreement that has a very strong civic component to it".

Boms highlights that the groundwork for the peace accords with the two Gulf monarchies was laid over recent years:  "The normalisation that is now attributed to Abraham has always existed: over 5,000 Israel companies have already been operating in the Gulf", he says.

The deal is particularly significant because it offers a new course of development for the Middle Eastern players, the researcher suggests, adding that the region has undergone a turbulence period over the last decade. The Arab Spring, the Daesh* threat, and the rise of Shia Iran have prompted Gulf countries to revise their alliances and consider potentially win-win cooperation with Israel, according to Boms.

In addition to this, the US role in the region is steadily waning, making Israel a new centre of power in the region, opines Dr Alam Saleh, a lecturer in Iranian studies at the Australian National University, Centre for Arab and Islamic Studies.

"In the age of the United States' decline of power, and Washington’s reluctance to engage with major issues in the Middle East, Israel steps in to fill the gap for the Arab Gulf states who have been recently considering Iran as the major threat. So realistically, Some Arab States will rely on Israel to maintain balance of power in the region against the greater threat: Iran'', Dr Saleh says.

However, it is too early to say whether this is "a short reactionary policy adopted by the Arab Gulf States or a substantial strategic paradigm shift, happening there to stay", according to the lecturer.

Abraham Accord Leaves a Number of Problems Unsolved

The Abraham Accord is not a game-changer for the troublesome Middle East region, argues Guy Burton, a visiting fellow at the LSE Middle East Centre.

"The US and Israel are playing up these agreements as a sign that peace is close to being achieved in the Middle East and that Israel is becoming accepted by the Arab world", Burton notes, adding that the deal is unlikely to pacify the Middle East, as many pressing issues still remain unresolved.

He refers to the Trump administration's attempts to press on and resolve the Gulf dispute between Saudi Arabia, the UAE, and Bahrain on one side and Qatar on the other, suggesting that "if that did happen, it would certainly mean more in terms of peace than these agreements with Israel".

Burton also touches upon the Israeli debate with Palestinian Arabs, which also has yet to be settled. Previously, Arab countries cited the establishment of a Palestinian state as an obligatory condition for normalising ties with the Jewish state.

"Looking at the wider Arab world and Israel, I think that Israel's inroads to these Gulf states has been helped a lot by the relative irrelevance of the Palestinian question for these countries' rulers and their decision overstates things", the scholar presumes. "For the past 18 years Arab leaders talked about the Arab Peace Initiative as the basis for talks between Israel and the Palestinians. But it's notable that they've never really pushed for it in practice and only used it as a rhetorical device". 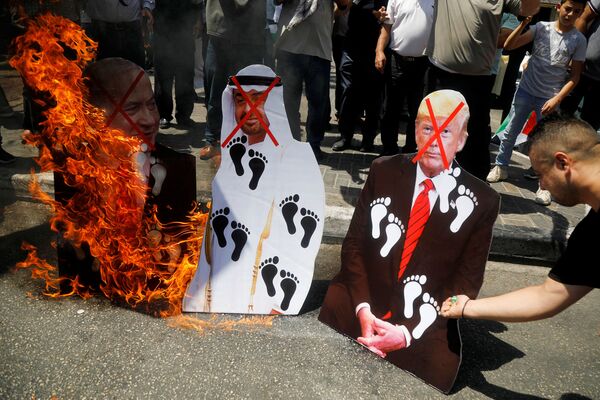 Burton does not rule out that one or two Gulf kingdoms will follow the UAE and Bahrain's suit, naming Oman as the most probable candidate for signing a peace pact with Israel: "Some of the language that Oman's government has used in the past week suggests a shift", the scholar elaborates.

"Having historically been neutral, the country is now a bit more vulnerable economically, owing to the pandemic", he stresses. "They need a financial injection and I can see their neighbours - like the UAE - offering it with conditions that they don't criticise the deal at the very least".

The participants of the deal have clearly scored political points by striking the agreement, according to Nir Boms.

For their part, the UAE and Bahrain see the deal as contributing to the region's security and offering an alternative to the current regional dynamic, the researcher points out.

Abu Dhabi, in particular, is expecting that the agreement will pave the way for the UAE's acquisition of US F-35 warplanes. The nation's minister of state for foreign affairs, Anwar Gargash, told reporters on Tuesday that the Abraham Accord should dispel "any grain of doubt" with regard to Abu Dhabi's plans to obtain American F-35 fighter jets. The deal was previously opposed by Israel. 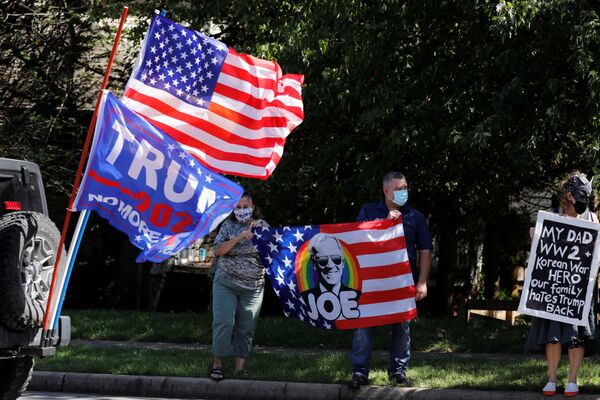 Will the Deal Help Trump Win the White House Again?

At the same time, Boms does not expect that the deal will tip the balance in Donald Trump's favour in the upcoming November elections in the US.

"Elections are won over domestic issues, not foreign policy", he says. "I'm not sure if many Americans will vote for Trump because he made peace in the Middle East. It certainly helps. It's a good image. It's a good photo op. It shows that his model works. But I don't think that this will be the winning card over the American elections".

Guy Burton also doubts that the deal will affect US voters' behaviour: "Foreign policy rarely determines elections", he remarks. "That said it may shore up some of his supporters who might have been wavering, especially on the evangelical wing".

In contrast, Dr Alam Saleh foresees that the recent development will "help President Trump boost his chance for the upcoming presidential election when it is badly needed".

*Daesh (ISIS/ISIL) is a terrorist group banned in Russia and many other countries.