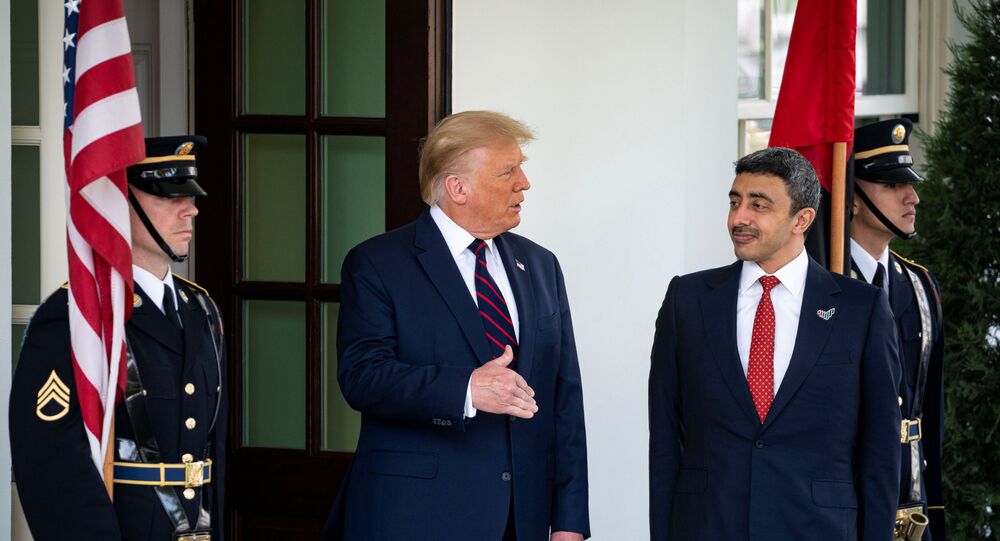 Five or Six Countries May Sign Deals to Normalise Ties With Israel, US President Says

The United Arab Emirates and Bahrain, represented in Washington by their foreign ministers, are set to become the third and the fourth Arab countries to normalise relations with Israel after Egypt did so in 1979 and Jordan in 1994.

US President Donald Trump has stated that five or six countries could reach similar diplomatic deals with Israel in the future.

"We're very far down the road with five additional countries", Trump said, as quoted in a White House pool report.

Moreover, Trump said his administration is currently talking to the Palestinians.

"This can lead to peace, real peace, in the Middle East. You can have peace without blood in the sand", Trump stated in the Oval Office as he greeted Emirati Foreign Minister Sheikh Abdullah bin Zayed Al Nahyan, the brother of Abu Dhabi's powerful crown prince.

Trump made his remarks ahead of the signing of historic diplomatic deals between Israel and two Gulf Arab nations that could herald a considerable change in Middle East power dynamics.

Israel’s Prime Minister Benjamin Netanyahu as well as Bahrain’s delegation led by Foreign Minister Abdullatif Al-Zayani have already arrived at the White House ahead of the signing ceremony.

© AP Photo / Susan Walsh
Oman Will Allegedly Send Representative to Signing of Peace Deals Between Israel, Bahrain and UAE
On 11 September, Israel and Bahrain agreed to normalise relations. The two countries decided to establish diplomatic ties a month after a similar landmark deal was brokered by the United States between Israel and the United Arab Emirates, which, among other things, required Israel to give up its plans to extend sovereignty over parts of the West Bank. Bahrain then became the fourth Arab country to recognise Israel. The first two were Egypt in 1979 and Jordan in 1994.

The Palestinian Authority condemned the US peace initiatives as biased in favour of Israel and criticised the UAE and Bahrain for eroding the common Arab position, which offered normalisation to Israel as a reward for withdrawing from the "occupied territories".