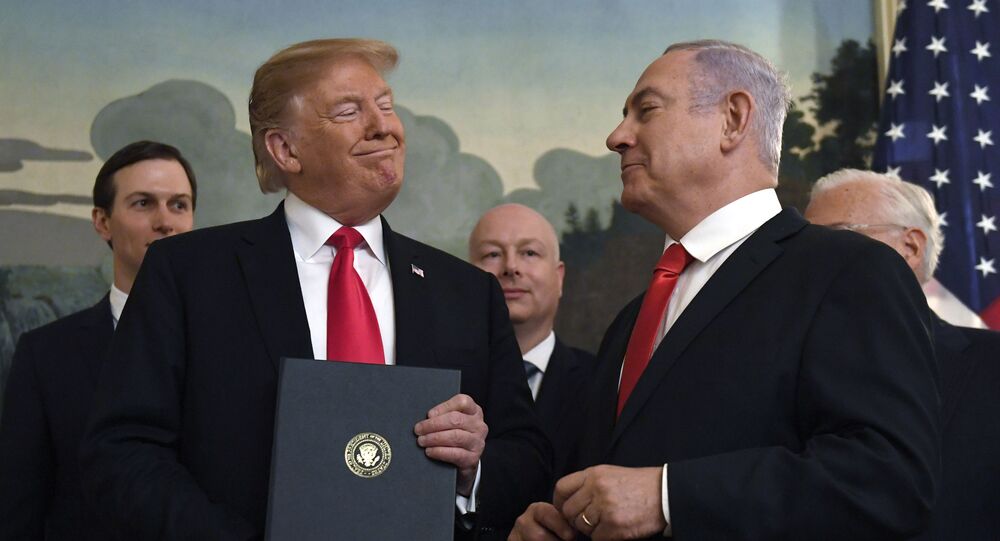 The agreements between the countries were brokered by US president Donald Trump and are regarded as a foreign policy achievement by his administration. However, both deals were harshly criticised by the Palestinians, who said that the development causes great harm to their national rights.

Oman will send a representative to the White House ceremony where Israel will sign peace agreements with Bahrain and the United Arab Emirates, a senior US official has said. Oman's ambassador to the United States is likely to be present at Tuesday's signing, the senior official added.

Last month, Israel and the United Arab Emirates reached a deal to normalise relations in a move that was dubbed "historic" by Israeli Prime Minister Benjamin Netanyahu. Last week, US President Donald Trump, who helped to broker the deal between Tel Aviv and Abu Dhabi, announced that Bahrain would become the second Gulf country to sign a peace deal with Israel. Previously, Israeli Prime Minister Benjamin Netanyahu signalled that more countries will normalise ties with Tel Aviv in the near future, so the news about Oman’s representative attending the signing ceremony raises questions whether the country will follow suit.

The United Arab Emirates and Bahrain have become the third and fourth Arab countries respectively after Egypt and Jordan to normalise relations and recognise Israel since 1948, the start of Arab-Israeli conflict. Thus, by signings these agreements, Israel made a step towards normalization of ties with neighbouing states.

For Donald Trump and his administration, the development is undoubtedly an achievement for US foreign policy and boosts his image ahead of the presidential election in November.

For the United Arab Emirates and Bahrain, the deal promises trade ties with Israel, a country with one of the world’s most advanced tech sectors. The UAE’s Foreign Minister Anwar Mohammed Gargash said the peace agreement would be "a way forward" for the whole region.

The Palestinians and Iran, however, seem to disagree with this view. Tehran has described both the agreements as "dangerous" and "illegitimate" and said that they sacrifice "the cause of Palestine". While the Palestinians themselves have called the deals treacherous and felt that they were betrayed by the two Arab nations.

Since the start of the conflict in 1948, the Arab World has had an unofficial rule that the normalisation of ties with Israel could occur only after the Palestinians have an independent state.