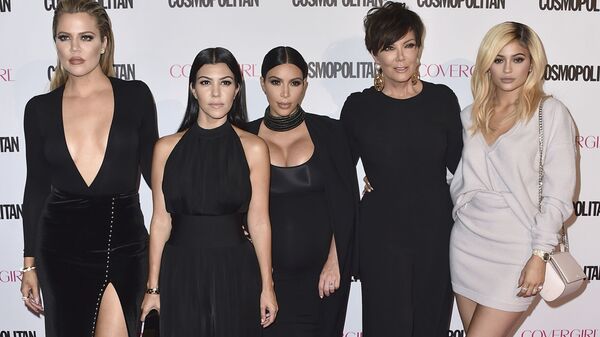 Aleksandra Serebriakova
Moscow-based Sputnik correspondent specializing in foreign affairs.
All materialsWrite to the author
This week, social media starlet Kim Kardashian shocked many when she said the next season of her family’s television show “Keeping Up With the Kardashians” will be the last one. Some, however, apparently met the news with joy.

British veteran journalist Piers Morgan came up with a ten-point “sincere and heartfelt” tribute to the Kardashians – a family who he writes off as “a bunch of talentless narcissistic brain-dead bimbos” in his new column for the Daily Mail.

*NEW COLUMN*
My sincere, heartfelt 10-point tribute to the Kardashians - a bunch of talentless narcissistic brain-dead bimbos whose absurd antics have shown the world how NOT to behave.https://t.co/Db4oB4kBZX pic.twitter.com/9mD0cpMOCZ

“I knew eventually that 2020 would provide one tiny glimmer of good news amid all the relentless barrage of coronavirus-led misery and chaos,” the Good Morning Britain co-host wrote, sarcastically noting that he'd “prayed every night” for something to happen and unite humanity “in a glorious outbreak of unconfined joy and happiness”.

For Morgan, this was exactly what happened when it was announced that “Kardashians” would soon be gone after 14 years on air. The “world’s worst TV show”, as Morgan dubbed it, once witnessed over 10 million viewers, until reaching an “all-time low of 800,000” during the latest season.

"Nobody, it seems, wants to keep up with the Kardashians anymore,” the journalist pointed out. 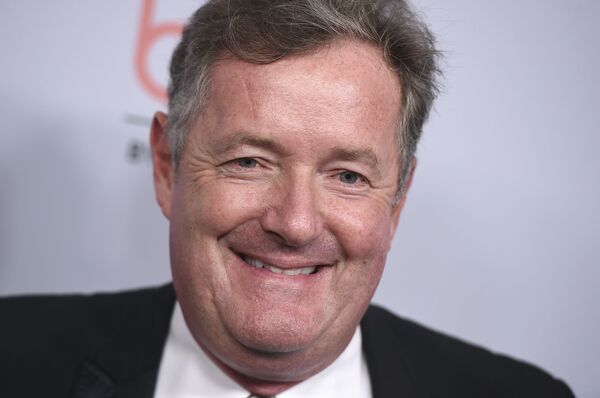 The news was announced on KUWTK by the show’s co-star, Kanye West’s wife Kim Kardashian on her Instagram, as she revealed that the programme’s next season, which will air in 2021, will be its last.

“We've decided as a family to end this very special journey. We are beyond grateful to all of you who've watched us for all of these years - through the good times, the bad times, the happiness, the tears, and the many relationships and children. We'll forever cherish the wonderful memories and countless people we've met along the way,” the statement said.

An anonymous insider explained the decision to Page Six, citing family’s growing fatigue with displaying their personal lives on the screen, which prompted them to end the show “on a high note”.

Apparently Morgan was one of those who hailed the news as a miracle as he listed “ten awful life lessons” the Kardashian family has given the world in the course of more than a decade. Some of them included the exploitation of a “sex tape to turn yourself into a billionaire celebrity”, he said, referring to Kim Kardashian’s rise to fame, her 72-day marriage to basketball star Kris Humphries, also noting her sisters’ and mother’ occasional slip-ups and “hypocritical” behaviour.

And some, although not all, seemed to agree with Morgan entirely.

And there was me thinking you we’re going to be praising them, at least we agree on something

You know, I agree to a point, but I applaud anyone who takes an opportunity and makes the most from it. These are a perfect example of that. True entrepreneurship

The show, which provides a deeply intimate and at times scandalous insight into the personal and professional lives of the Kardashian-Jenner clan, first aired in 2007.