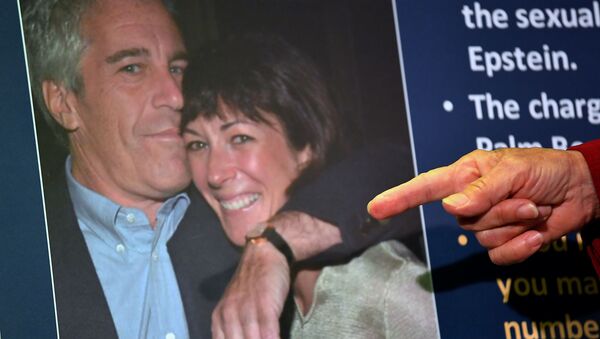 © AFP 2023 / JOHANNES EISELE
Subscribe
International
India
Africa
Svetlana Ekimenko
All materialsWrite to the author
On Friday prosecutors stated that a probe into other possible co-conspirators of convicted sex offender Jeffrey Epstein “remains active", implying that the case might soon see further developments in terms of the prosecution of other alleged criminal associates of the late paedophile.

As the investigation into convicted pedophile Jeffrey Epstein's sex trafficking network "remains active”, court filings suggest that the arrest of further “co-conspirators” is an open possibility, reported The Sun.

Currently, British socialite Ghislaine Maxwell, 58, the late financier's ex-girlfriend and alleged “madam”, is the only one of his former associates to be charged by US authorities.

Jeffrey Epstein was arrested in July 2019 on charges of trafficking underage girls at his New York and Florida estate to attend sex parties, and faced a prison sentence of up to 45 years. The tycoon, who pleaded not guilty to all charges, was discovered dead in his prison cell on 10 August 2019. 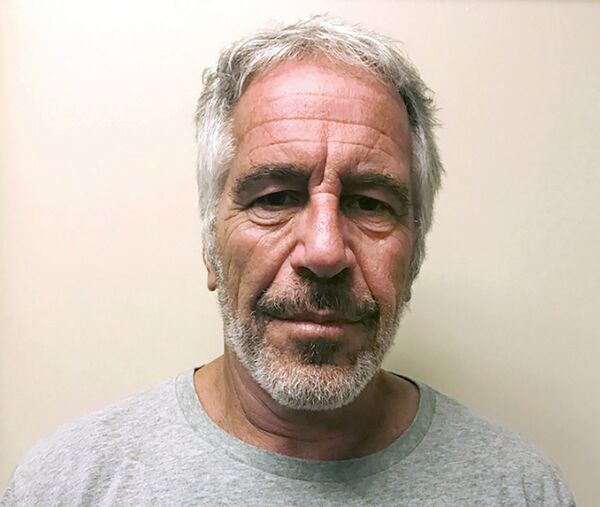 Ever since, US Attorney General William Barr has vowed to hunt down the disgraced billionaire’s alleged accomplices.

A court filing cited by the Miami Herald underscores that federal prosecutors are searching for those possibly complicit in Epstein's criminal schemes.

“As the US Attorney’s Office for the Southern District of New York has stated publicly, the investigation into the conduct of the defendant in this case and other possible co-conspirators of Jeffrey Epstein remains active. The full scope and details of that investigation, however, have not been made public,” says the statement.

The daughter of media mogul Robert Maxwell and Epstein’s alleged partner in crime was arrested in her New Hampshire hideaway on 2 July.

Ghislaine Maxwell was charged with recruiting, grooming, and ultimately abusing three alleged victims, as well as perjury during previous testimonies.

She has since pleaded not guilty to aiding Epstein’s sex-trafficking scheme, with her plea for bail declined after prosecutors pronounced her to be "a high flight risk". 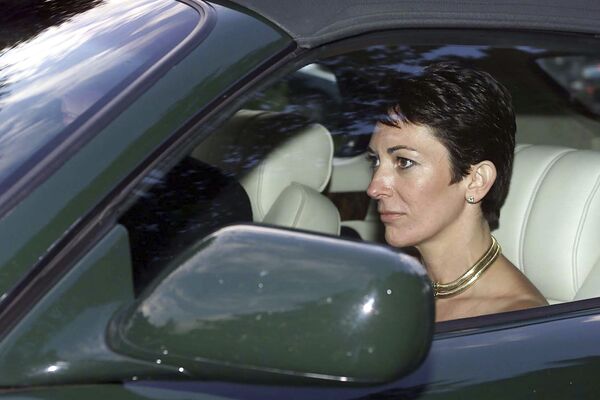 Court proceedings against Epstein’s former lover, currently held in detention at a prison in Brooklyn, are scheduled to start in July 2021, with the woman potentially facing up to 35 years behind bars if found guilty.

Maxwell’s case has generated a lot of speculation as it has turned the spotlight on quite a few illustrious names from the world of politics and business. Among those known to have mingled with Jeffrey Epstein are Bill Clinton, Prince Andrew, former US Sen. George Mitchell, former New Mexico Gov. Bill Richardson, and attorney Alan Dershowitz, among others, writes the outlet.

The names were revealed by one of Esptein’s accusers, Virginia Roberts Giuffre, in her testimony. 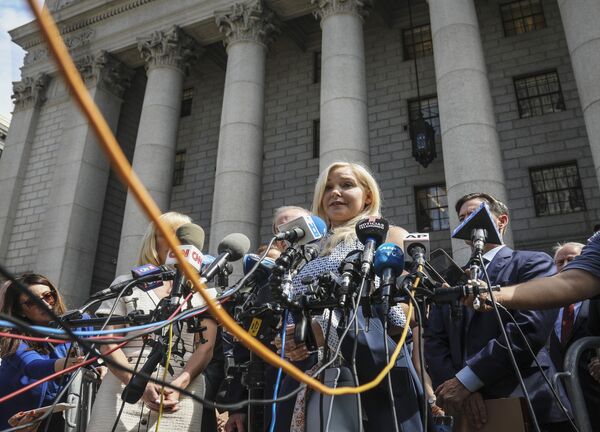 Giuffre previously claimed she was groomed and abused by Epstein and Maxwell from the age of 15 and was forced to have sex with Prince Andrew on several occasions.

All of the men have denied the allegations. The Duke of York and his legal team also vehemently dismissed all accusations of wrongdoing. 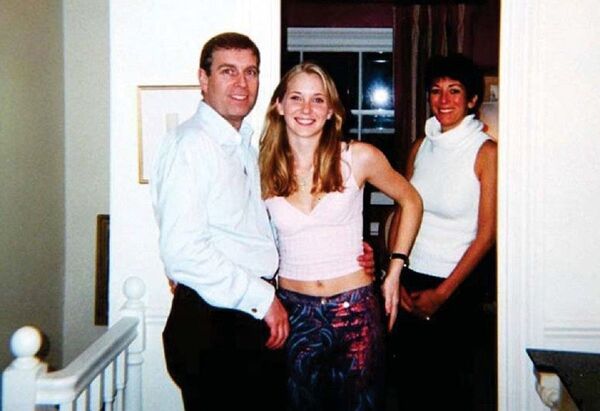 Maxwell and her lawyers are currently seeking to use "critical new information" obtained from the authorities in the criminal case to block the release of her 2016 deposition from a federal defamation suit brought against her by Jeffery Epstein's alleged sex slave Virginia Giuffre, in 2015.

Despite the fact the suit was settled back in 2017, the prosecution is striving to have materials from the case against Maxwell made public, hoping for new revelations.