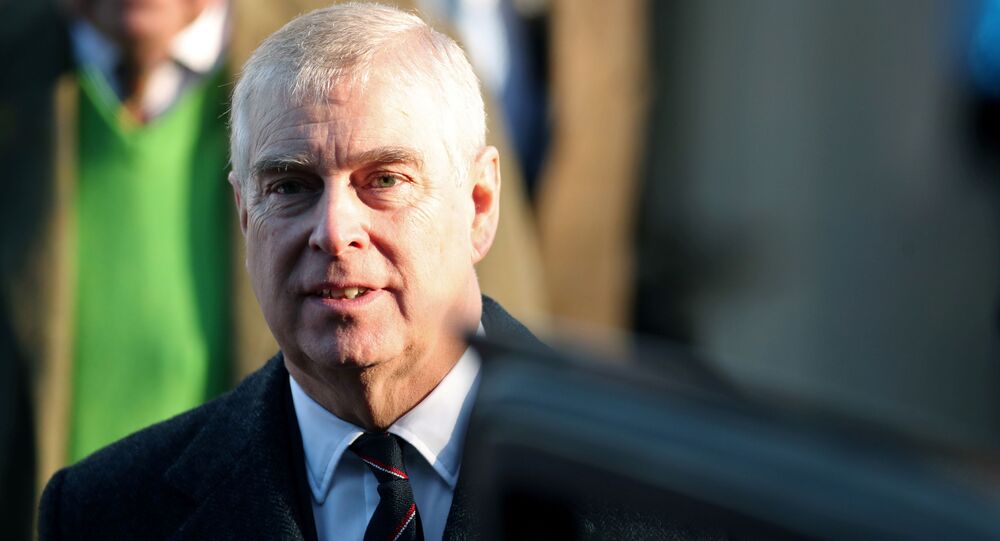 Earlier, a bridesmaid for Princess Diana was revealed to have been a guest on convicted pedophile Jeffrey Epstein’s island in the Caribbean, after travel logs were released as part of court proceedings for Ghislaine Maxwell, the late tycoon’s long-time confidant.

Prince Andrew reportedly socialised with a second British woman accused of being a “co-conspirator” of disgraced tycoon and convicted sex offender Jeffrey Epstein, writes the Mirror.

According to the outlet, the royal enjoyed some downtime along with the woman on the late pedophile’s private Caribbean island Little St James.

Jeffrey Epstein accuser Maria Farmer, now 50, has alleged the late financier flew “at least two” girls to the US on his private jet, and was aided by the second British woman, currently unnamed for legal reasons.

Farmer has referred to the woman as a “key co-conspirator” of the pedophile.

“She procured girls from England – at least two. She was a creeper. [She] was kept by Jeffrey and she’s gotten off scot-free with all the c**p she did for him,” the Mirror quotes the woman as saying.

Describing the woman as her “babysitter”, Ms Farmer added:

“She’s under the radar and protected by money.”

The report comes as it was earlier revealed that one of Princess Diana’s bridesmaids, Clemmie Hambro, flew to Epstein’s Caribbean getaway upon receiving a “personal invitation”.

In a photo from Princess Diana’s wedding to Prince Charles in 1981 Hambro and Prince Andrew can be seen when she was the youngest bridesmaid, aged five.

Hambro, 44, a great-granddaughter of Sir Winston Churchill, issued a statement after travel logs were released as part of court proceedings against Epstein’s girlfriend and confidante Ghislaine Maxwell, accused of procuring and grooming underage girls and women for the late financier. British socialite Maxwell, 58, has vehemently denied the accusations.

At the time Clemmie Hambro made the trips in 1999, she was a 23-year-old employee at Christie’s auction house in New York.

Hard to believe that was 35 years ago today. What a wedding! What a memory! @ClemmieHambro @IndiaHicksStyle pic.twitter.com/f3gRSKhsQh

​Hambro was cited as denying she was subject to any abuse, and added she hoped those who were molested ‘get the justice they so deserve’.

Since the claims against the second British woman surfaced, another Epstein accuser, Virginia Giuffre, who previously said she was groomed and abused by Epstein and Maxwell from the age of 15 and forced to have sex with Prince Andrew, has claimed she was sexually abused by Maxwell.

The Duke of York and his legal team have long been denying all accusations made by Virginia Giuffre.

However, amid the latest claims by Jeffrey Epstein accusers, pressure has been growing on the Duke of York to speak to the FBI about information pertaining to his relationship with Epstein.
There have been no official comments on the current report from Prince Andrew’s spokesman or the unnamed woman.

© AP Photo / Sang Tan
Britain's Queen Elizabeth II, right, talks to her son Prince Andrew, center, as she looks out from the balcony at the end of the Epsom Derby horse race at Epsom racecourse, England at the start of a four-day Diamond Jubilee celebration to mark the 60th anniversary of Queen Elizabeth II accession to the throne, Saturday, June 2, 2012

The Duke of York, known to have been friends with the late financier, has since found himself tangled in the scandal around Epstein's sex-trafficking network of minors.

Epstein was arrested in July 2019 on charges of trafficking underage girls at his New York and Florida estate to attend sex parties and faced a prison sentence of up to 45 years, yet died in a prison cell on 10 August 2019.

His ex-girlfriend Maxwell was arrested in July 2020 and charged by federal prosecutors in New York City with four counts of procuring and transporting minors for illegal sex acts and two counts of perjury.