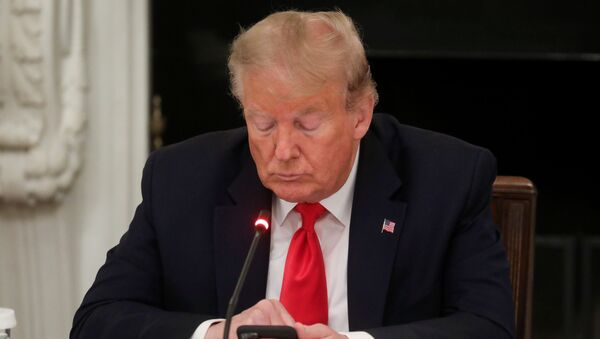 Russia and the US have resumed talks on extending the 2011 New Strategic Arms Reduction Treaty (START). However, while Moscow is interested in the prolongation of the accords, Donald Trump is unlikely to strike a deal before the elections, opines Austrian political scientist Heinz Gärtner.

New START envisages the reduction and limitation of strategic offensive weapons by Moscow and Washington and entered into force on 5 February 2011. It is due to expire next February. Meanwhile, the Trump administration insists that the People's Republic of China should also become a party to the strategic arms control agreements.

Norway, @NATO ally and excellent US partner, is calling upon Beijing to join the Vienna talks. Why is China avoiding talks? What is it trying to hide? Tomorrow we will provide more information to @NATO on China’s crash nuclear build-up. #GreatWallofSecrecy https://t.co/cXacyTG6mP

​'One Shouldn't Expect Too Much From Vienna Talks'

However, Heinz Gärtner, a political scientist and professor at the University of Vienna, does not foresee the Russian-American disarmament talks in the Austrian capital bearing fruit in the near future.

"The fact that the talks were held does not really mean much", the professor opines. "One should not have excessive expectations for the Vienna negotiations between top diplomats of the two world powers. These negotiations were largely prompted by the fact that both parties are feeling international pressure because the treaty is due to expire. I think it's more likely that it won't result in an extension. It is also unlikely that there will be many rounds of negotiations and that a detailed new contract will be outlined. Trump does not have enough patience for that".

The professor doubts that Trump will want to reach an agreement with Russia in order to demonstrate to voters at least some kind of foreign policy success. “His voters would rather enjoy the failure of the negotiations", deems Gärtner. "If he thinks in terms of electoral tactics, then it is more likely that he will not extend the agreement".

The political scientist draws attention to Trump previously scoring political points by terminating international accords, such as the Iran nuclear deal. In addition, the New START combines too many aspects the US president rejects: Trump is vocally against Barack Obama's legacy, arms control, China, and the multipolar world, the academic notes.

"The US government's insistence on China's participation in the new treaty is a sort of a 'back door' for the US through which Washington can go out, justifying the refusal to renew the agreement", Gärtner suggests. "Finally, the New START treaty differs in one aspect from other military control treaties that Washington cancelled under Trump: in all other cases, Russia was accused of violating the agreements. This is not the case with the New START". 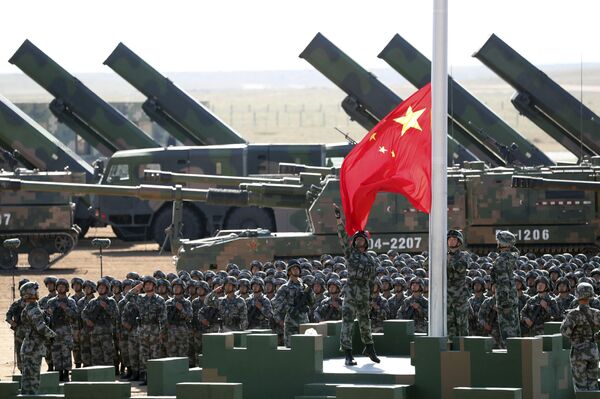 'China Has Much Less Nuclear Arms Than Russia or US'

According to the Austrian academic, the reference to China is “absurd”, because the People's Republic has much less nuclear weapons than the United States and Russia. In this regard, one might ask as to why the United Kingdom, France, India, Pakistan, North Korea, or Israel should not be included in the treaty, he remarks, suggesting that Beijing refuses to join the new accords because it does not want to reveal its cards to everyone.

The expert envisions that Russia will not object to China’s participation in the new agreement, although it won't insist on it either.

"Russia wouldn't mind imposing limitations on China", Gärtner hypothesises. "Russia is the first country to feel threatened by the Chinese nuclear build-up. However, when it comes to this issue Moscow is ready to wait in order not to lose face. Russia appears to be interested in extending the treaty concluded in 2011, both in technological and financial terms. Russia wants to wait at least five years. In contrast, the United States has so many modernised armed forces that they do not want to feel bound".

Still, according to the academic, the content of New START needs to be adjusted since it does not cover many issues which became possible due to technological modernisation such as cyber warfare or artificial intelligence. Besides this, Russia could step forward and propose including advanced defensive weapons in the treaty.

“Should New START expire, a new arms race may begin because it is the last arms control agreement besides the Non-Proliferation Treaty", the professor warns. "However, Moscow and Washington may initially announce that they will continue to abide by the treaty to keep the world calm. The most optimistic scenario is self-restraint, such as the Strategic Arms Limitations Treaty (SALT) II struck [with the USSR] at the end of the 1970s that the United States never ratified. Nevertheless, it was observed to for six years".