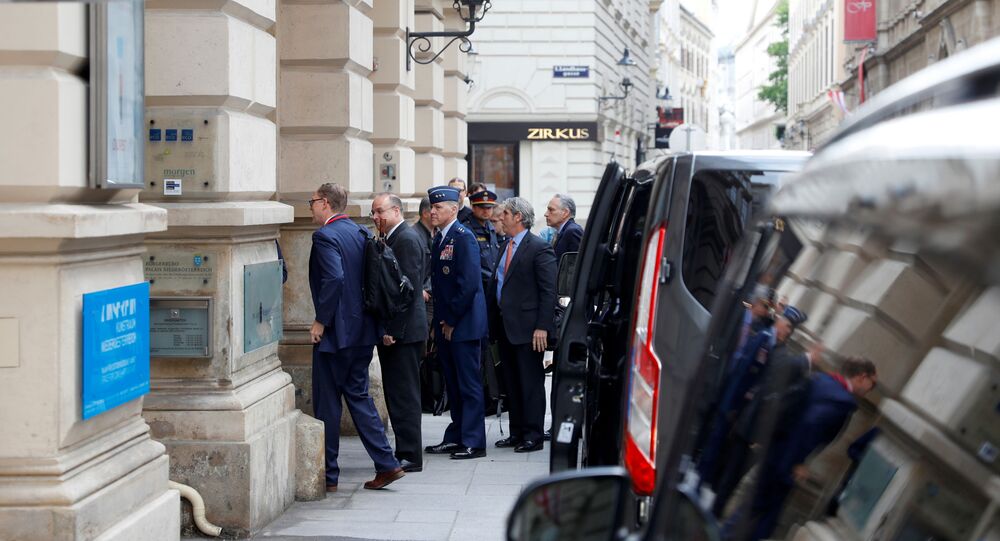 MOSCOW (Sputnik) - US Special Presidential Envoy for Arms Control Marshall Billingslea has slammed China for not showing up at US-Russian nuclear talks that started in Vienna earlier on Monday.

"China is a no-show. Beijing still hiding behind #GreatWallofSecrecy on its crash nuclear build-up, and so many other things. We will proceed with #Russia, notwithstanding," Billingslea tweeted ahead of the talks.

The Russian-US strategic consultations in Vienna are expected to focus on the fate of the New START treaty, the last major arms control agreement between the two nuclear powers, which is set to expire in February 2021. The delegations to the talks are led by the Russian deputy foreign minister in charge of non-proliferation, Sergey Ryabkov, and Billingslea.

China, which is believed to have a far smaller nuclear arsenal than those of Russia and the United States, has earlier declined the invitation to join the talks, dashing Washington's hopes of trilaterizing the New START treaty.