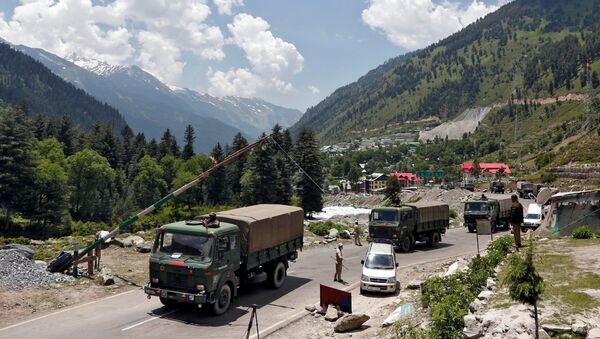 Tim Korso
All materials
At least 20 Indian soldiers died as a result of an armed confrontation with Chinese forces at the so-called Line of Actual Control (LAC) on 15 June. The situation remains tense at the border, despite both sides calling for deescalation.

The latest clash at the Line of Actual Control (LAC), the de-facto border between China and India in the disputed Aksai Chin or Ladakh region, has once again put two nuclear nations at the edge of armed conflict.

Both New Delhi and Beijing are drawing additional forces to the de-facto border in the event that new clashes emerge, with both nations accusing each other for being responsible for the escalation of tensions. At the same time, the two sides agreed to discuss the matter in a bid to prevent further deterioration of the situation in Aksai Chin.

The exact nature of the incident that led to clashes between the Indian and Chinese military remains unclear. Beijing accused Indian soldiers of crossing the LAC on 15 June in the Galwan Valley part of the Ladakh region, and attacking Chinese forces. The head of India’s ruling nationalist Bharatiya Janata Party (BJP) suggested instead that there was a "face off" between the troops as a result of China's concerns for India's efforts at building infrastructure on its side of the LAC. 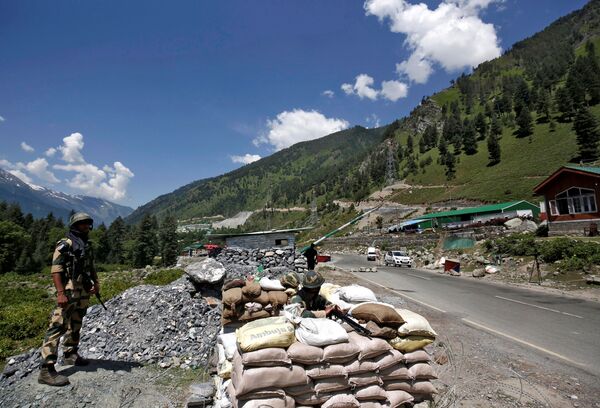 As a result of the armed conflict some 20 Indian soldiers were killed, according to government data, many of them due to complications caused by harsh local environment, which features freezing temperatures and high-altitude terrain. New Delhi claims that between 2 and 3 Chinese soldiers died in the clash, but Beijing has not confirmed the information.

What The Conflict is About?

The origins of the conflict date back to the Sino-Indian War of 1962, which started over the two countries' disagreements on where the border should be drawn. India, in its arguments, refers to the so-called Johnson Line introduced during the British colonial era and which incorporates China-controlled Aksai Chin as a part of the larger Indian Ladakh region. China points out that historically it exercised control over the territory due to the border remaining undefined for centuries.

The border remained undefined for over a decade, even after India gained independence and, during this period, the Chinese government built a road connecting Tibet and Xinjiang regions, carrying strategic importance for Beijing. New Delhi learned about the road only years later, resulting in a war over the territory, which was poorly populated and has no valuable resources, but has great importance for China as a junction between two remote regions in which it seeks to maintain control.

Since that time, the armies of the two neighbouring nations have engaged in confrontations on several occasions, with the most recent fatalities taking place in 1975, as the rest of the altercations have resulted in minor or no casualties.