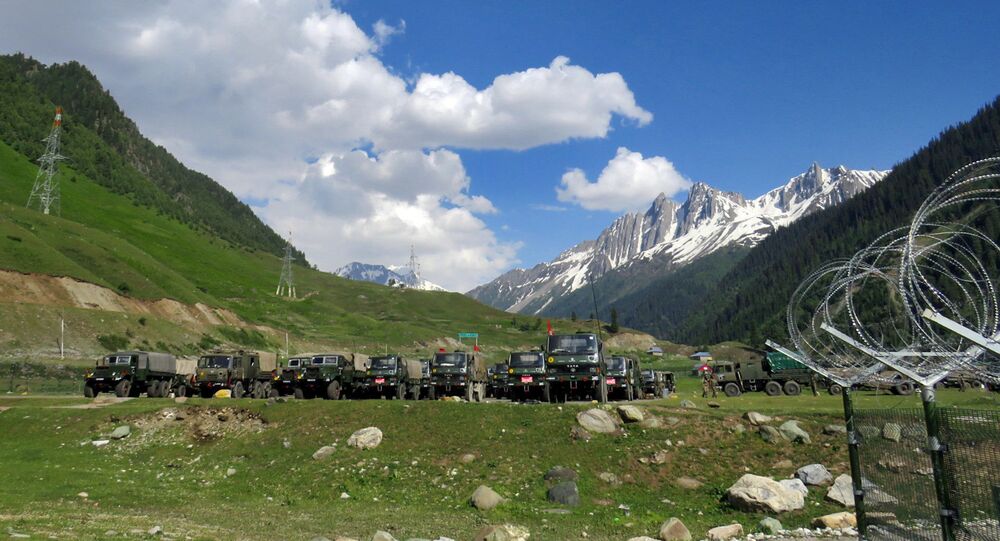 Earlier in the day, the Indian Army said in a statement that one officer and two soldiers from India were killed during clashes on the border with China in the Ladakh region.

A top official in the Indian Army told Sputnik on Tuesday that the number of casualties on the part of India has increased to at least 20 soldiers following a skirmish with Chinese troops.

"Indian and Chinese troops have disengaged at the Galwan area where they had earlier clashed on the night of 15/16 June 2020. 17 Indian troops who were critically injured at the Line of Actual Control and exposed to sub-zero temperatures in the high altitude terrain have succumbed to their injuries, taking the total number of people being killed to 20. Indian Army is firmly committed to protecting the territorial integrity and sovereignty of the nation", the official stated.

The source went on to say that more than 130 Indian soldiers have received injuries, while the number of casualties may go up further.

The Indian army said in a statement earlier in the day that one officer and two soldiers from India were killed during clashes on the border with China in the Ladakh region and the two countries' senior military officials were holding talks to defuse the situation.

Beijing has reacted to the fresh escalation in the border area by accusing the Indian military of crossing the border at the Galwan Valley and provoking clashes by attacking Chinese forces. The Chinese Foreign Ministry has lodged a protest and made representations to New Delhi.

Since the two neighbouring countries do not have a marked border but rather the Line of Actual Control, which was created after the 1962 war between the nations, numerous border conflicts have taken place over the decades.

© AFP 2021 / TENGKU BAHAR
Beijing Accuses India of Violating Border After Three Indian Soldiers Killed in Ladakh Face-Off
Border tensions between India and China flared up in May, leaving dozens of soldiers injured on both sides.

According to the Indian Foreign Ministry, the sides agreed to settle the matters at the border by peaceful means and continue military and diplomatic contacts.