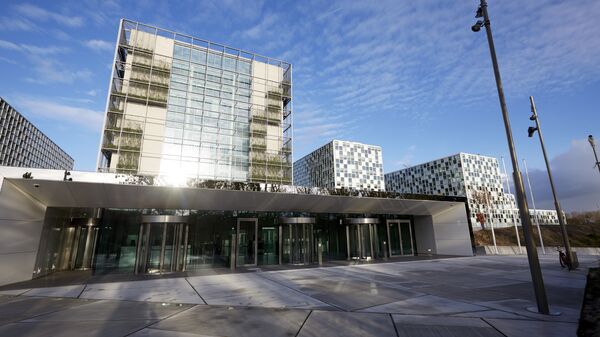 In March, the International Criminal Court (ICC) authorised the commencement of an investigation into alleged war crimes committed by parties to the Afghan conflict, including US personnel.

US President Donald Trump has issued an executive order authorising economic sanctions and travel restrictions against the International Criminal Court (ICC) workers involved in probing American troops and intelligence officials for possible war crimes in Afghanistan without US consent.

"The president has also authorised the expansion of visa restrictions against International Criminal Court officials and their family members", according to the White House's statement.

US Attorney General Barr has stated that the US has substantial, credible information raising concerns about financial corruption at the ICC.

"This information calls into question the integrity of the ICC’s investigations", Barr told reporters.

The UN has expressed concern over Trump's order to sanction ICC officials for probing possible US war crimes, UN spokesperson Stephane Dujarric stated. He also said that the organisation will follow the developments closely.

The order comes after the ICC in The Hague launched an inquiry into alleged war crimes and crimes against humanity in Afghanistan perpetrated between 2003 and 2014, including the reported torture of prisoners at CIA "black sites" in Poland, Romania, and Lithuania.

Earlier in June, US Secretary of State Mike Pompeo claimed that Washington is "determined to prevent having Americans and our friends and allies in Israel and elsewhere hauled in by this corrupt ICC", adding that the Trump administration would address the matter in the near future.

The ICC greenlighted a probe into possible war crimes in Afghanistan just days after the US struck a peace deal with the Taliban* as a means to de-escalate what is now America's longest-running armed conflict.

Prior to this, in September 2019, ICC judges partially granted a request by Bensouda to appeal an earlier decision rejecting a prosecution request to probe actions by US troops in Afghanistan for possible war crimes.

The Hague Invasion Act: Dutch in Denial of US Threat
According to the Centre for Constitutional Rights (CCR), the crimes committed in Afghanistan and on the territories of other states through the US torture programme belong before the ICC because of their widespread and systematic nature, the harm done, and the unwillingness of the American government to investigate and prosecute the civilian and military leaders responsible for those acts.

The United States refused to join the ICC, which is based in the Netherlands, saying the body would become a forum for politically motivated prosecutions of US and allied military personnel.

In 2002, Congress enacted the American Service-Members' Protection Act, which authorises the president to use military force to free US military personnel jailed by the ICC. Critics dubbed the measure "The Hague Invasion Act".