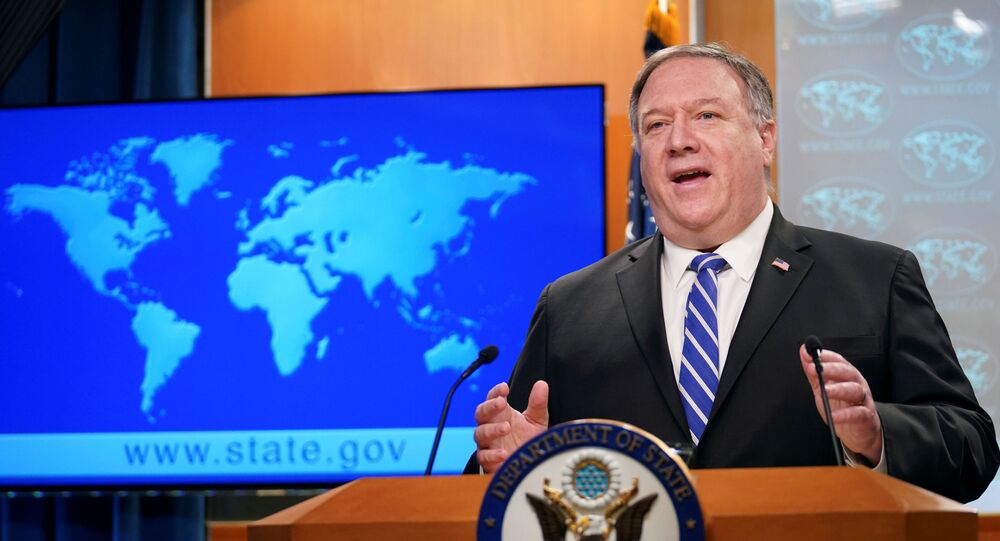 After a brief period of normalisation of ties between the International Criminal Court and Washington during the administration of US President Barack Obama, relations between the two entities have deteriorated, as the Trump administration strongly denies the ICC's authority over the US and its ally Israel.

Secretary of State Mike Pompeo has stated that the US will go to great lengths to impede attempts by the International Criminal Court (ICC) to prosecute Americans and Israelis on two separate criminal cases related to the seventeen-year US War in Afghanistan and Israeli actions on the territory of the West Bank.

"I think that the ICC and the world will see that we are determined to prevent having Americans and our friends and allies in Israel and elsewhere hauled in by this corrupt ICC", Pompeo stated, according to Ynetnews.com.

Pompeo added that the Trump administration would address the matter in the near future, and promised US efforts to stop the ICC trials.

"And now this court has become corrupted and is attempting to go after the young men and women of the United States of America who fought so hard […] And they think that the ICC ought to be able to haul these young men and women in. We will never let that happen. We’re working along many fronts to prevent it from happening", the top US diplomat said.

The US Secretary of State, a Trump appointee, suggested that Israel and the US never ratified the establishing document of the ICC, the Rome Statute, and thus they and their citizens are not subject to ICC prosecution.

While technically Pompeo is correct, the ICC could start a probe into allegations about war crimes committed during the war in Afghanistan due to the country being a member of the global body. The case received a green light on 5 March 2020 after a long wait. The ICC cannot prosecute American soldiers as long as they remain citizens of a state that has not ratified the Rome Statute, unless the UN Security Council refers this case to the international tribunal.

© AFP 2020 / Martijn Beekman
This file photo taken on November 23, 2015 shows the building of the International Criminal Court (ICC) in The Hague, The Netherlands

The prosecutor, reviewing the allegations of Israeli crimes on the territory of the West Bank, in turn, admitted that the case was complicated due to the ambiguous state of the territory in question. While the UN considers it occupied, Israel exercises control and is preparing to extend its laws on the territory. Regardless of that, the prosecutor chose to proceed with the case, which was referenced to the ICC by Palestinians.

Complicated US Relations With ICC

The US was a signatory to the Rome Statute, but later announced that it would not ratify the agreement and withdrew its signature, which otherwise obliged the country not to undermine the object and purpose of a treaty establishing the ICC.

While initially, under the Bush administration, Washington opposed cooperating with ICC, the situation changed under President Barack Obama, who chose to "return to engagement at the ICC". However, the positive trend in bilateral ties ended with the arrival of the Trump administration, which has vehemently opposed prosecuting not only American soldiers, but also Washington's Israeli allies.

A previous Trump national security adviser, John Bolton, stated in 2018 that the US would do anything to "protect [its] citizens" and threatened the ICC and its stuff with sanctioning their funds in the US and prosecution, including anyone who helps the ICC, under US law. The international tribunal responded that it would continue investigating war crimes, regardless of Trump's threats.