The Hague Invasion Act: Dutch in Denial of US Threat 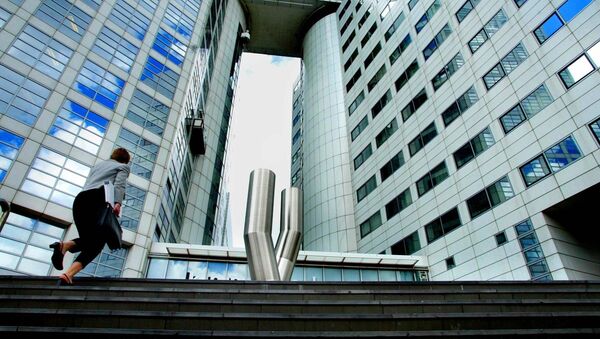 Eric van de Beek
All materials
Although hosting the International Criminal Court in The Hague, attacks from the US are left unanswered by the Dutch government. It's even turning a blind eye to the 'The Hague Invasion Act'.

The International Criminal Court (ICC) in The Hague has started an inquiry into alleged war crimes and crimes against humanity in Afghanistan committed between 2003 and 2014, including the alleged torture of prisoners at CIA 'black sites' in Poland, Romania and Lithuania. This has aroused the anger of the US authorities. US Secretary of State Mike Pompeo on March 17 threatened two staff members of ICC. He called them out by name, claimed they were putting Americans at risk, and intimated that the US could act against them, as well as other ICC personnel and their families.

Last year, the US revoked the ICC prosecutor’s entry visa – an extraordinary measure usually reserved for the worst human rights violators, not those seeking to bring them to justice.

In September 2018, then US national security adviser John Bolton threatened the ICC with sanctions and to criminally prosecute ICC officials – if the court formally proceeded with opening an investigation into alleged crimes committed by US military and intelligence staff during the war in Afghanistan or pursued any investigation into Israel or other US allies. 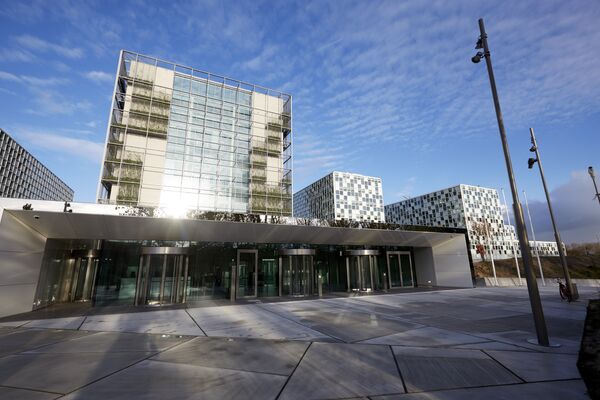 This file photo taken on November 23, 2015 shows the building of the International Criminal Court (ICC) in The Hague, The Netherlands
© AFP 2021 / Martijn Beekman

Several ICC-members among which France and Germany have spoken out firmly against these threats, and so did several human rights organisations including Amnesty International and Human Rights Watch. The Dutch government however never openly jumped to ICC's defence. This is notable since The Netherlands is the host state of the ICC. "Firm statements, but not entirely new," is all minister of Foreign Affairs Stef Blok had to say, in reaction to questions from a Dutch MP about the American threats. "The US has been an opponent of the Criminal Court from the beginning because it does not want its own citizens to be tried there."

Even more remarkable: consecutive Dutch governments have been turning a blind eye to the American Service-Members’ Protection Act, nicknamed ‘The Hague Invasion Act’. The US Congress passed this law in 2002. It mandates the American president, among other things, the use of “all means necessary and appropriate to free US or allied personnel detained by or on behalf of the ICC.”

In 2002 then Dutch minister of Foreign Affairs Jozias van Aartsen declared that he had noted with “great indignation and concern” that the US Senate had agreed to the law. "As the host country of the International Criminal Court, the Netherlands is directly affected as a sovereign state."

The Dutch Parliament reacted likewise. "It is bizarre and absurd, to see a bill that allows military intervention in The Netherlands," said VVD's MP Erica Terpstra. "This is unacceptable", CDA MP Maxime Verhagen exclaimed. "One would not expect this from a NATO ally.” LPF MP Jim Janssen van Raaij: “We are not Panama, where they just invaded. Our armed forces must be given clearance to shoot back if the US military intervenes.”

Only one year later it seemed nothing was left of all "indignation and concern". Two months after the then-Prime Minister Jan Peter Balkenende had visited the White House, American ambassador Clifford Sobel treated Balkende to a dinner in his ambassador's house in The Hague. There was no mention of The Hague Invasion Act on that occasion, according to a leaked report published by Wikileaks.

When the minister of Foreign Affairs Ben Bot visited Sobel in 2005, the first described the relationship between the countries as 'excellent'. Bot declared he had even seen an improvement in relations over the past four years. Again: no words were spoken about the act or the ICC.

Bot was succeeded by Maxime Verhagen, who as an MP had strongly condemned The Hague Invasion Act. And so, when he visited The White House in 2009 in the capacity of Minister of Foreign Affairs, his American colleague Hillary Clinton was well prepared by the American embassy in The Hague for the themes that Verhagen was likely to address: ICC, and also Guantanamo Bay. "Closing Guantanamo will allay a great deal of scepticism from the Dutch about American politics regarding human and civil rights," the embassy wrote to her in a leaked message published by Wikileaks. "Verhagen may also request support from the ICC. The Dutch are proud to be home to international law and they are host to many international legal bodies such as the ICC. If you or the President want to make an important announcement about the ICC, or about US commitment to international law and human rights, there is no better stage than The Hague, The Netherlands. ” 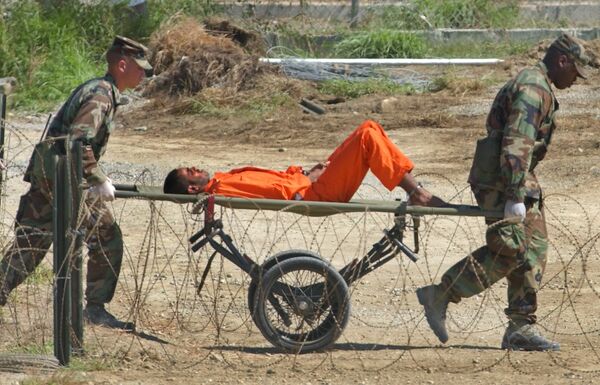 a detainee from Afghanistan is carried on a stretcher before being interrogated by military officials at the detention facility Camp X-Ray on Guantanamo Bay U.S. Naval Base in Cuba
© AP Photo / Lynne Sladky

However, Verhagen did not bring up Guantanamo or the ICC, let alone The Hague Invasion Act, according to a report of the meeting published by Wikileaks.

A visit by Prime Minister Balkenende to President Barack Obama followed a few months later. Unfortunately, a report of this meeting is missing from the Wikileaks website. But it is almost certain that The Hague Invasion Act was left unchecked on that occasion. A message sent by the US embassy to Obama in preparation for his interview with the Dutch Prime Minister shows that Balkenende wanted to “limit himself to four important topics during his meeting with the President” None of those was related to the ICC.

I asked the Dutch Foreign Office which actions - if any - the Dutch government had taken over the past ten years to get rid of The Hague Invasion Act. "The Dutch position is known to the United States", a spokesperson answered me. "The Netherlands consistently draws attention to the importance of the Criminal Court during regular diplomatic dialogues with the US."

However, judging from the interactions between the Dutch and American governments in the past 18 years The Hague Invasion Act and other deeds of aggression of the US against ICC never seem to have been an obstacle for the Dutch in their relations with the US. These relations are apparently of greater importance to them than the maintenance of international justice and the sovereignty of The Netherlands.

000000
Popular comments
More gutless US poodles.
Brit26
4 May 2020, 19:35 GMT4
000000
Be sure the Usa terror state stay firm to its agresif words to the ICC international court in the Netherlands and also to the Netherlands ... and the Netherlands Kow this ... The Netherlands play the very small lap dog ... Like I was not allowed to talk about this cases !!! What pe..sers have the Netherlands as PM and FM !!!