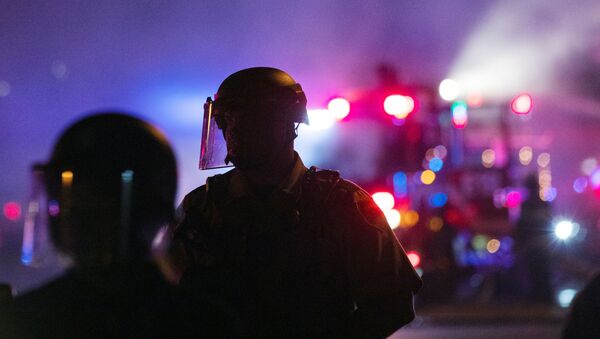 Protests have flared up across the United States over the past four days following the death of an African American man in police custody, and while many are demonstrating peacefully, demanding justice for the victim, some groups have taken advantage of the resulting turmoil by engaging in violence and looting.

The death of George Floyd, a 46-year-old African-American resident of Minneapolis, who was pronounced dead shortly after being brutally pinned to the ground by police and was struggling to breathe as one of the four officers pressed a knee to his neck, has triggered ongoing state-wide unrest, which kicked off in Minneapolis and St. Paul, but has since spread to other US cities, including Atlanta, NYC, and Washington DC.

The moment of the arrest and Floyd losing his consciousness after repeatedly saying that he couldn't breathe were caught on camera in a video, which has caused nationwide uproar and reignited debates about the excessive use of force by police and alleged racial prejudices among American law enforcement - the same issues that have been at the core of at least three other big protest waves over the past decade.

1. Ferguson: From Shooting to Nationwide Protests

In August 2014, the fatal shooting by police of 18-year-old Michael Brown from Ferguson, Missouri provoked violent unrest and looting across the city, leading to hundreds of arrests and arson attacks on businesses. An unarmed black teenager was shot dead by white male Ferguson police officer Darren Wilson, who reportedly attempted to question him following a robbery at a nearby store. 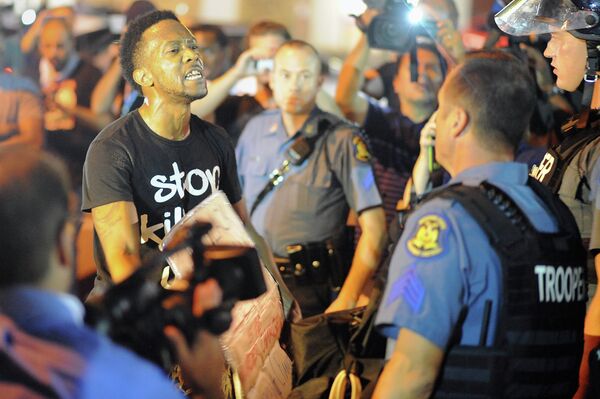 A protester (L) speaks emotionally at a police officer during a protest down a street in Ferguson, Missouri on August 19, 2014
© AFP 2022 / Michael B. Thomas

In November, a grand jury decided not to indict Wilson in relation to the incident, sparking a new wave of protests in the St. Louis inner suburb and spreading to other cities across the US, including Los Angeles, Boston and New York. Eventually, the US Department of Justice launched an investigation into the law enforcement activities of the Ferguson Police Department and concluded that the agency was continuously engaged in discriminatory practices against the community's African Americans, while making substantial money from the fines and court charges. 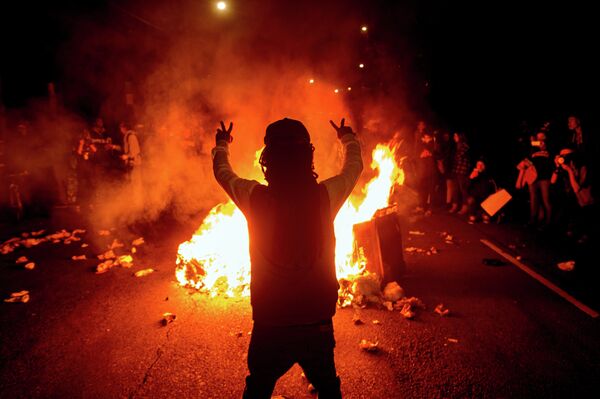 Similar events took place in Baltimore, Maryland in April, 2015, when officers from the Baltimore Police Department brutally arrested a black male named Freddie Gray. The 25-year-old fell into a coma after sustaining injuries to his spinal cord and neck while being transported in a police car and died a week later.

Once the news about Gray’s arrest and subsequent death broke, protests erupted across the city, as the department failed to explain the nature of the man’s injuries. As a result of the violent riots, dozens of police officers sustained injuries, around 200 people were arrested, numerous cars were set on fire and hundreds of local businesses were damaged. Meanwhile, the officers initially charged with Grey’s death were subsequently acquitted a year later.

3. Shooting and Rioting in Charlotte

In September, 2016, a 43-year-old African-American male, Keith Lamont Scott, was shot dead by a policeman in Charlotte, North Carolina. The officer, also an African-American male, Brentley Vinson, said Scott, the father of seven children who is believed to have previously suffered brain injury, refused to comply with orders and drop the gun in his possession when spotted by police. Scott’s family disputed this account, as videos of the incident were also circulating online, provoking different interpretations of what exactly happened. 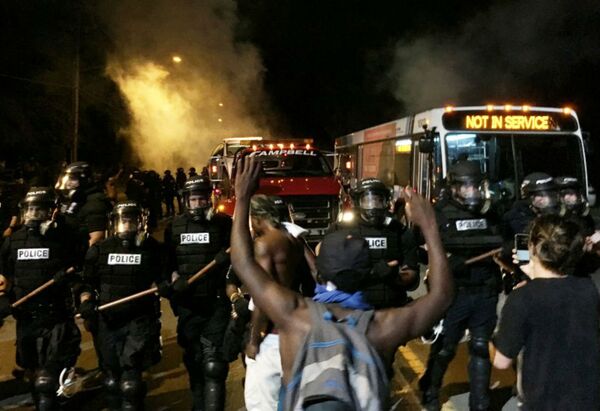 Following Scott’s death, protesters carrying signs reading “Black Lives Matter” took to streets of Charlotte for two nights in a row, with some demonstrators throwing bottles and rocks at the police, prompting the officers to deploy tear gas and rubber bullets. Dozens of people were arrested in relation to assault and vandalism charges as looting and arson also took place during the riots, with one person being fatally shot dead in the head by another civilian.

Vinson was not charged for Scott’s murder as the result of District Attorney’s investigation of the incident, who concluded that the officer had “acted lawfully”.