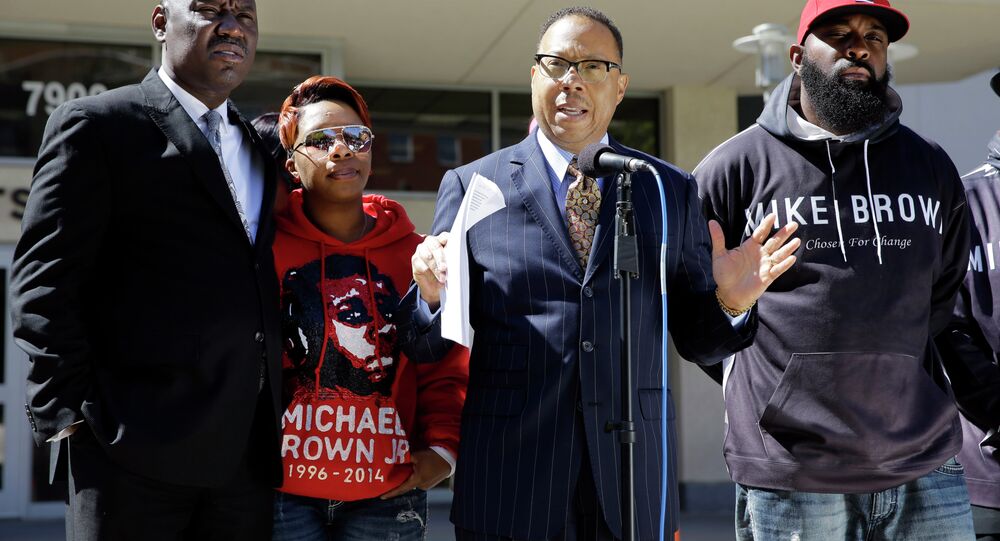 WASHINGTON (Sputnik) - The father of slain black teenager Michael Brown will call for a new investigation of the white police officer who fatally shot his son in Ferguson, Missouri, on the same day five years ago.

Michael Brown Sr. said last week that he will urge prosecutors to reopen the case against former Ferguson police officer Darren Wilson, who shoot and killed the unarmed 18-year-old Michael Brown during a confrontation on 9 August 2014.

"On this five-year anniversary, I will be asking St. Louis County Prosecutor Attorney Wesley Bell to reopen this case or obtain a prosecutor and investigate the information and see if it can go forward in reopening", Brown said in a TV interview with Fox 2 Now St. Louis on 4 August.

The killing of Michael Brown by police sparked weeks of "Black Lives Matter" protests in the St. Louis suburb of Ferguson, which intensified after a grand jury decided not to indict Wilson.

Brown Sr. is expected to formally ask for reopening of his son's case during a news conference scheduled for Friday in front of the Justice Center in Clayton, Missouri.

Former St. Louis Alderman Antonio French, who was a prominent figure during the unrest, told Fox 2 Now St. Louis on Wednesday that more progress needs to be made when it comes to police violence and race relations in the United States.

"We have not made the king progress that we would have seen," French said. "When you look at the police department, we still have the same issues. ... We have not seen the level of community engagement. We still have that broken trust between the police and especially the African-American community".

The Michael Brown Chosen for Change Foundation, a nonprofit organisation created by Michael Brown Sr., will host a number of events later this week to honour and remember the slain teenager.

On Thursday, Chosen for Change Foundation will host the grand opening of its "As I See You Exhibit: A Tribute to Mike Brown Jr.", at the Urban League of Metropolitan St. Louis' Ferguson Community Empowerment Centre.

Other events hosted by Chosen for Change Foundation will include a memorial service, a moment of silence and a community day. The exhibit will be open to the public from Friday through Sunday.