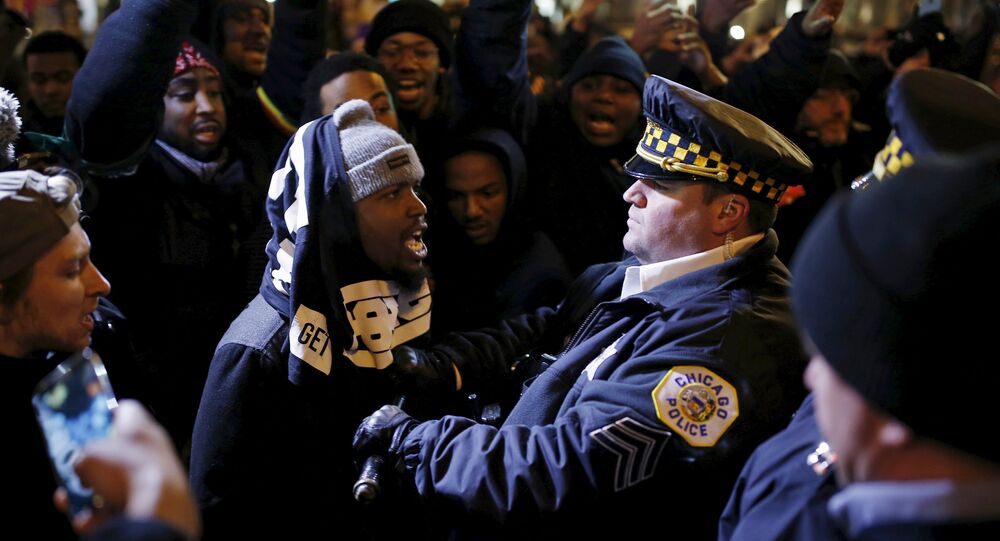 WASHINGTON (Sputnik) - Chicago Police Department (CPD) officers use force against young African-American males 14 times more frequently than they do against their white peers, US media reported on Thursday.

Black men between the ages of 20 and 34 faced Chicago police force 14 times more often than white men in the same area, The Intercept revealed citing CPD records collected for the years 2005 to 2015.

African-American females experienced the use of force 10 times more frequently than white females in Chicago, the report added.

© CC BY-SA 2.0 / Dr Bob Hall / Chicago Loop
Chicago Police Use 'Bait Truck' Filled With Nike Trainers to Arrest Black Youths
The report also said police officers have been accused of underreporting uses of force against civilians, which can make it more difficult for the city to determine whether reform efforts are succeeding.

The racial profiling by police officers in the United States has been widely reported in the past. Many protests in the country have started after black males were shot by police during traffic stops or other routine calls.

The US Justice Department launched a number of probes into underreporting of use of force by police departments in the United States, including in Baltimore, Seattle, and Cleveland.