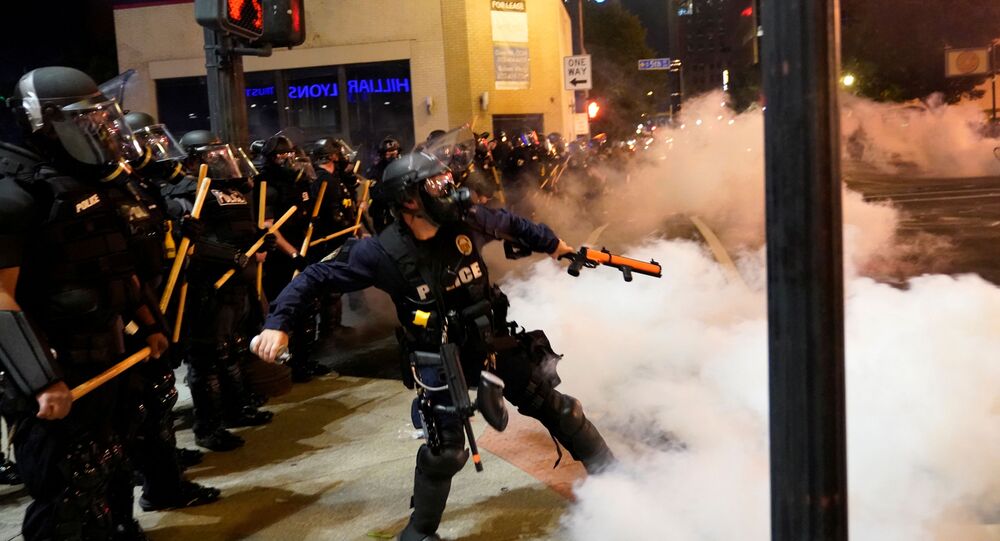 Violent protests have continued in Minneapolis over the death of African-American man George Floyd, who died on Monday after a brutal police arrest.

Minneapolis Mayor Jacob Frey announced that he imposed a curfew in the city in a bid to take the situation under control.

Meanwhile, in Atlanta, protesters vandalised the CNN centre, smashing its windows and spray-painting the logo, while they also clashed with the police forces.

In Washington, White House has been placed under lockdown on Friday evening as thousands of protesters gathered outside the building, while in New York City, Mayor de Blasio warned of a "long night ahead", as protests took a wild turn on late Friday.

Former officer Derek Chauvin has been charged with third-degree murder and second-degree manslaughter in Floyd's death, but Floyd's family demands that more serious charges are pressed against him.