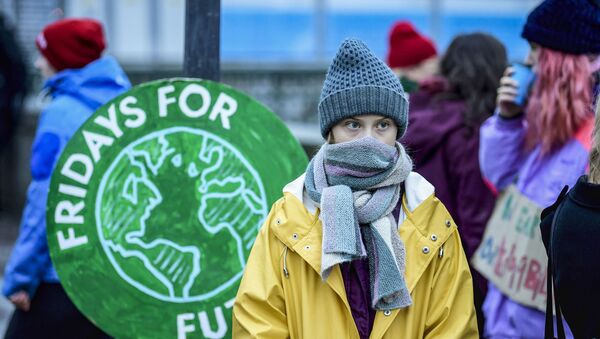 During Greta Thunberg's recent “Fridays for Future” protest in central Stockholm, the 17-year-old climate alarmist shared the stage with two rap artists who glorify crime. One of them even recently served a two-year prison sentence.

The artists 1.Cuz and Greekazo are well-known within Sweden's rap scene as budding stars and have millions of views on both YouTube and Spotify. Both artists’ lyrics and music videos deal almost exclusively with gang-related crime, drug trafficking, and hatred of police.

1.Cuz is known for always wearing a mask and never revealing his real name, In a recent interview earlier this year, he admitted having served two years in prison for a felony, but declined to reveal his conviction, stressing only that it was “a serious crime with a severe punishment”.

“There are some sides to Sweden that are f***ed up. I am a product of my environment alone, and my music too”, 1.Cuz said. 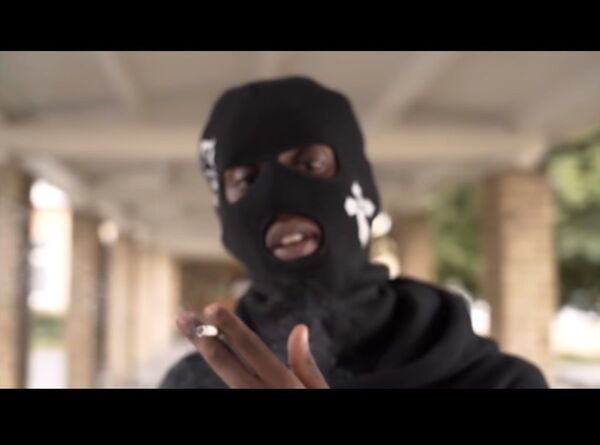 Following the “climate strike”, 1.Cuz posted a picture of himself from the event on Instagram where he is standing with his arm around the 17-year-old climate activist's shoulder.

“An unexpected friendship”, he captioned the photograph.

Fridays for Future collaborator Isabelle Axelsson defended the contentious invitation, stressing that they want individuals who “reach out to the public“.

“We hire artists that we think will reach people and have something to say. It feels good, things are coming along. We have had ten thousand participants on similar events, but now there are fewer because of the February weather”, Axelsson told Expressen.

On stage, Thunberg, carrying her trademark sign “School strike for climate”, complained that the perceived climate crisis is poorly handled by those in power and largely ignored despite ample research.

“Young people have been on strike for the climate around the world for almost a year and a half. The climate crisis is still largely ignored, despite the fact that research is crystal clear. There is no understanding of the seriousness anywhere, it seems”, Thunberg said.

“Right, listen to the science”, a user tweeted sarcastically, posting a photograph of Thunberg and 1.Cuz.

​“So, now she's started hanging out with Little Stocking”, another one sneered, citing a Swedish cartoon hero.

​“Greta is coming out. Showing her true face”, another one mused.

​Yet another one posted a photoshopped image with faces reversed, captioned “in a parallel universe...”

​Despite only being a schoolgirl with a troubled past that involves depression, eating disorders, and plethora of other diagnoses including Asperger's, Thunberg has amassed numerous awards and accolades and is widely seen as not only a contrarian teenage icon, but a veritable climate guru.