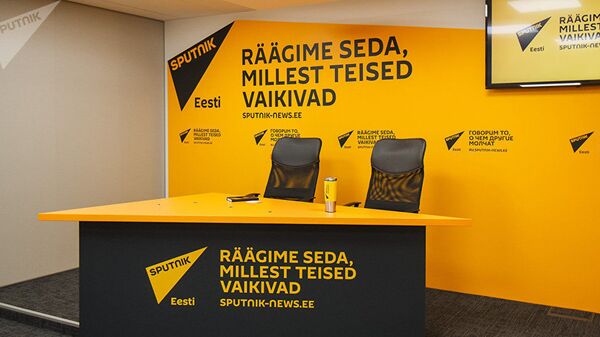 © Sputnik
Subscribe
International
India
Africa
MOSCOW (Sputnik) - The Rossiya Segodnya International Information Agency has sent letters to the chiefs of the International Federation of Journalists (IFJ), UNESCO and Reporters Without Borders (RSF) with pleas to address the situation with Sputnik Estonia, whose employees have been threatened with criminal prosecution unless they retire.

In the letters, Rossiya Segodnya executive director Kirill Vyshinsky detailed a "long campaign of pressure and intimidation" that Estonian authorities have waged against Sputnik Estonia.

Vyshinsky recalled that back in October, the Estonian branches of banks that service the international agency froze all transactions of salary, tax and corporate office rent payments. At the same time, the owner of the media outlet's office in Tallinn unilaterally terminated the lease agreement.

Yet, the threat of criminal proceedings received by Sputnik Estonia employees in mid-December became the "crescendo" of this campaign, according to the journalist.

Vyshinsky, who himself spent over a year in a Ukrainian jail on treason charges, urged the international organizations and media community to take joint action to end the "unpunished persecution of journalists" and "ensure the rights of our colleagues to carry out their professional duties."

"I am urging you to demand substantive explanations from the Estonian authorities regarding their non-compliance with the United Nations and Council of Europe regulations, which they claim to respect," the letter said.

In conclusion, Vyshinsky offered to meet in person with the IFJ, UNESCO and RSF chiefs to "discuss the challenges to freedom of speech, the prosecution of the media and the possibilities for cooperating to combat crimes against journalists."

Rossiya Segodnya Considers Tallinn's Actions Against Sputnik Estonia to Be Arbitrary
Sputnik Estonia staffers were forced to terminate their contracts starting January 1, after receiving threats of jail terms of up to five years from Estonian police. Estonian authorities cited the 2014 EU sanctions as a pretext for their actions. However, the Rossiya Segodnya Information Agency, Sputnik's Moscow-based parent company, has insisted that it is not mentioned in any EU sanctions lists.

In connection with the situation, Rossiya Segodnya appealed to the OSCE. Its representative on freedom of the media, Harlem Desir, urged Tallinn to "refrain from unnecessary limitations on the work of foreign media that can affect the free flow of information." Desir also stated that the individual EU sanctions on Rossiya Segodnya Director General Dmitry Kiselev could not be extended to Sputnik Estonia journalists.