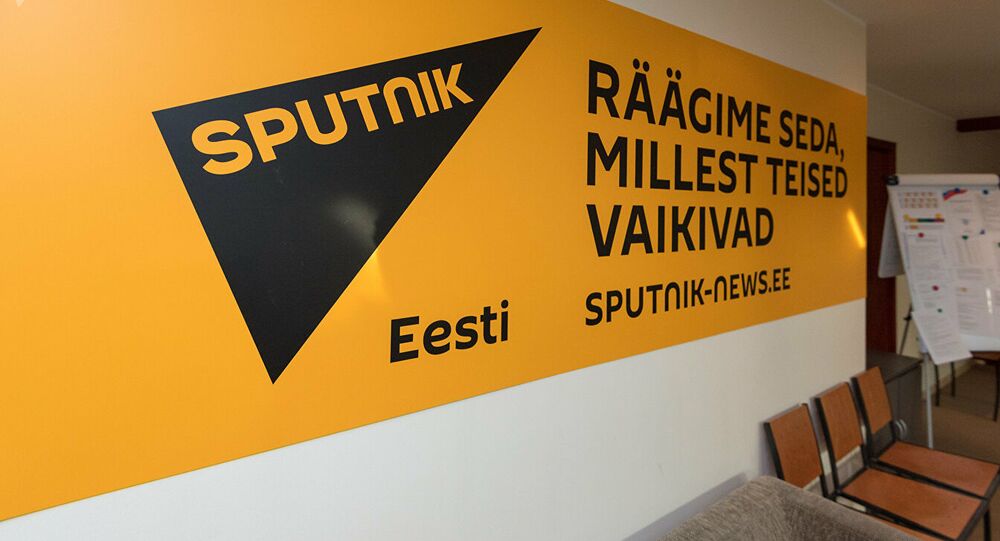 Earlier, Estonian Foreign Minister Urmas Reinsalu said that his country's authorities will resist pressure from foreign countries with regards to Tallinn's threats to criminally prosecute Sputnik Estonia employees for their work for the news agency and will not change their stance on the issue.

Rossiya Segodnya filed a motion with the Estonian Police and Border Guard Board to verify the grounds for the application of sanctions against the agency and to review a decision that could result in the criminal prosecution of Sputnik Estonia employees, Elena Cherysheva, an agency representative in Estonia said.

The application notes that Rossiya Segodnya is not included in the EU sanctions list, although the agency’s director general Dmitry Kiselev is listed in it. Moreover, even in Estonian law, it is said that sanctions can be applied only to those legal entities and individuals that are directly mentioned in the list.

On 18 December the Rossiya Segodnya news agency said that employees of Sputnik Estonia had received letters from the Baltic country’s Police and Border Guard Board that warned they would face criminal prosecution unless they severed their ties with the Moscow-based parent news agency by 1 January.

The Estonian authorities cited the 2014 EU sanctions as a pretext for potential legal action. Rossiya Segodnya has insisted that it is not mentioned on any EU sanctions lists.