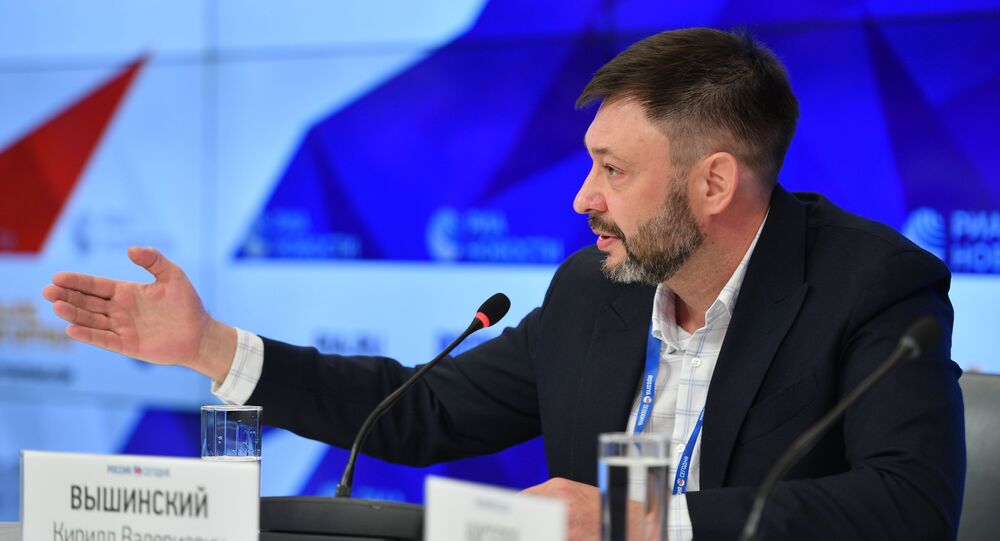 RIA Novosti Ukraine editor-in-chief Kirill Vyshinsky, who is now in Moscow, was released in an exchange of prisoners between Russia and Ukraine, which took place on Saturday.

Speaking at a press conference in Moscow, Vyshinsky said that he was ready to continue working at RIA Novosti Ukraine news agency.

"As far as my occupation is concerned, I'm still working at RIA Novosti. If I'm not sacked, I'll be working there. I want to stay in journalism, moreover, I've received new experience," Vyshinsky said during a press conference.

The journalist said that there was no good or bad experience.

"This is a part of life that I lived, meeting people, understanding what is going on in the country because I saw it not just from the office of the editor-in-chief," the journalist said.

Vyshinsky added that he was certain that he would be able to use this experience and he had something to tell.

Vyshinsky added that he was certain that he would be able to use this experience and he had something to tell.

"Hate destroys the one who hates, so I do not hate. I do not have this strong feeling, especially toward those who were following orders. You know, there is this good phrase: 'It is not scary when the crowd if throwing stones at you, it is scary when you see familiar faces in the crowd.' And I saw a lot of familiar faces," the journalist said.

Kirill Vyshinsky was detained in Kyiv on 15 May 2018, on suspicion of supporting the self-proclaimed republics in Ukraine's eastern Donbass region.

Ukrainian authorities deemed these actions treasonous, as Vyshinsky was at the time a dual citizen of Russian and Ukraine; however, he renounced his Ukrainian citizenship the following month. While he was never convicted of a crime, the court extended Vyshinsky's pre-trial detention eight times.