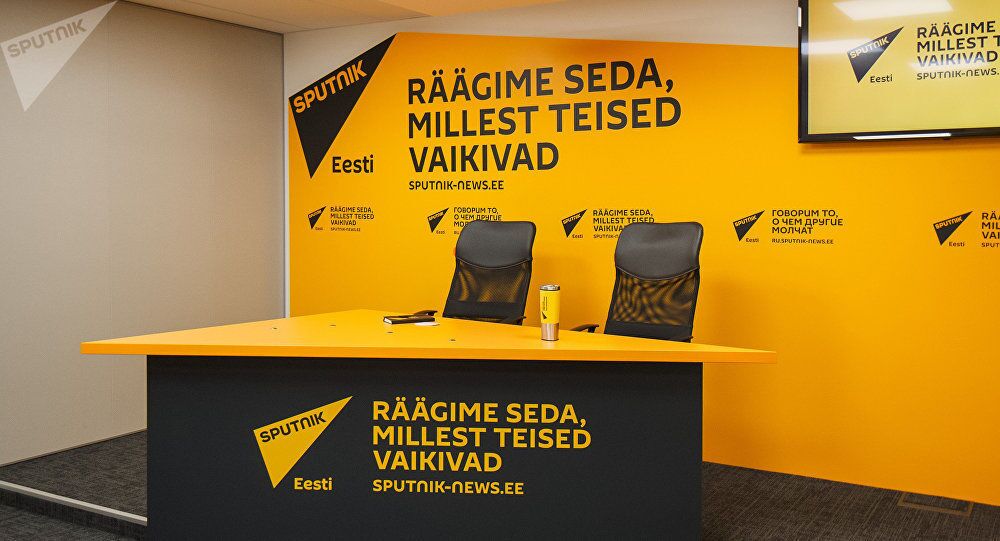 MOSCOW (Sputnik) - Sputnik Estonia journalists are forced to terminate their employment starting January 1, 2020, over a fear of criminal prosecution in the country, Rossiya Segodnya International Information Agency said, slamming the Estonian government's pressure on the journalists as a totalitarian campaign violating the freedom of speech.

"Due to the threat of criminal prosecution by the Estonian authorities under an article envisioning up to five years of imprisonment, Sputnik Estonia employees have been forced to make a decision to terminate their employment with the agency starting January 1, 2020. Sputnik Estonia and Rossiya Segodnya support this decision of their employees", Rossiya Segodnya said in a statement, adding that it does not find it possible to put the journalists' freedom at risk.

"We consider the Estonian regime's actions targeting the citizens of our country as overt bullying, lawlessness, a manifestation of totalitarianism and a gross violation of the principles of freedom of speech, which has no precedents in the European Union. The only thing the journalists are 'guilty' of is working for a Russian media outlet", the agency added.

Harlem Desir, the Organization for Security and Co-operation in Europe's representative on freedom of the media, has already said that EU sanctions on Dmitry Kiselev cannot be extended on Sputnik Estonia journalists, the news agency added.

"We will take all the necessary steps, legal and others, to enable Sputnik journalists to work without fear of criminal prosecution by Estonian security structures", Rossiya Segodnya said, adding that the operation of the Sputnik Estonia website will be resumed later, although it will take time.

The information agency called on all the international and European organisations to express their position regarding Tallinn's steps, and thanked global politicians and journalists for their support.

© Sputnik
Estonian Foreign Minister Says Tallinn Will Not Change Position on Sputnik Estonia Issue
The Estonian Police and Border Guard Board warned Sputnik Estonia earlier in December that its journalists could face criminal prosecution unless they severed their ties with the Moscow-based parent news agency, Rossiya Segodnya, by 1 January. The Estonian authorities cited the 2014 European Union's sanctions, imposed on a range of entities and persons in light of the events in Ukraine, as a pretext for the possible legal action.
...
Reddit
Google+
Blogger
Pinterest
StumbleUpon
Telegram
WhatsApp
210
Tags:
threats, Rossiya Segodnya, Sputnik, Russia, Estonia
Community standardsDiscussion